A developer is planning a ground-floor restaurant with offices above on Welton Street. Renderings courtesy of Champa Street Holdings.

For his new concept in Five Points, a Denver restaurateur with a trio of breakfast joints is branching out from the most important meal of the day.

“The owner of Syrup has signed a lease for the bottom floor,” Carson said. “It’s not going to be a Syrup, but it’s going to be another concept he has.”

Pirkopf and Carson plan to scrape the current structure and replace it with a new two-story building. By the time the land acquisition closed, Carson said they were close to finishing a deal with Doherty.

“We started shopping the lease before we closed; we had two parties that were interested,” Carson said. “So we didn’t quite have the leased signed before we closed, but it happened shortly thereafter.” 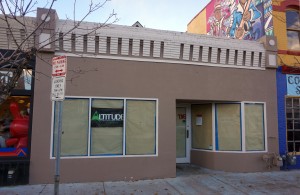 The existing building is set to be demolished. Photo by Burl Rolett.

Doherty’s restaurant space totals about 2,400 square feet, Carson said. The second story will have between 1,200 and 2,000 square feet of office space. That space does not yet have a tenant.

The Welton Street restaurant will be Doherty’s fourth Denver eatery. He currently owns Syrup restaurants in Cherry Creek and downtown and is working on a third Syrup at the former Le Peep restaurant space overlooking City Park.

In an October interview, Doherty told BusinessDen he was working on a comfort food concept in Five Points tentatively named Five Points Public House. Doherty did not return a phone message seeking comment on Wednesday afternoon.

Carson said he hopes to break ground on the Welton Street project near the beginning of 2016 and plans to have construction finished by that summer. Denver-based Sy-Bazz Architecture is designing the project, and Altitude Construction Services is the general contractor.

Champa Street Holdings has not yet finalized a construction loan for the development.

Star Mesa Properties is planning a $1 million retail-and-office renovation project a block from Carson’s plot at 2801 Welton St. Pediatrician-turned-developer Maude Lofton is working on a jazz club, retail and apartment deal on the same block.

The Five Points Plaza retail center, the recently redeveloped Denver DMV, is directly across the street from Carson’s building.

Palisade Partners is building $21 million of apartments and townhomes at Welton and 25th streets; Century Real Estate Advisors has a $43 million apartment project under construction at 2300 Welton St.; and Trammell Crow Residential has proposed another 358 apartments at 2200 Welton St.

Carson said the action already happening on Welton and the street’s easy access to transit made his property a promising investment.

“It’s going to be a really hot area in the coming years,” Carson said. “Especially with the light rail running right down the street.” 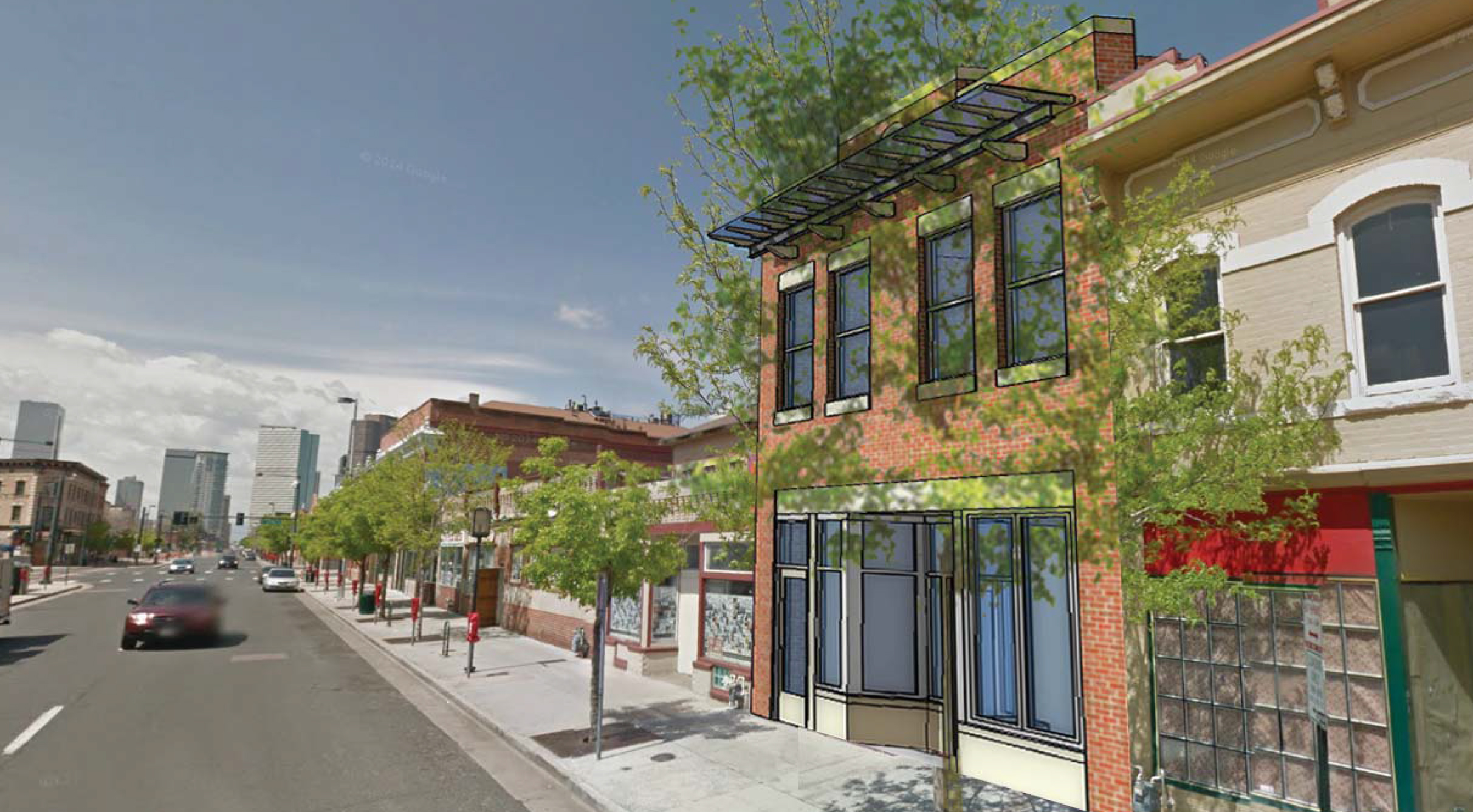 A developer is planning a ground-floor restaurant with offices above on Welton Street. Renderings courtesy of Champa Street Holdings.