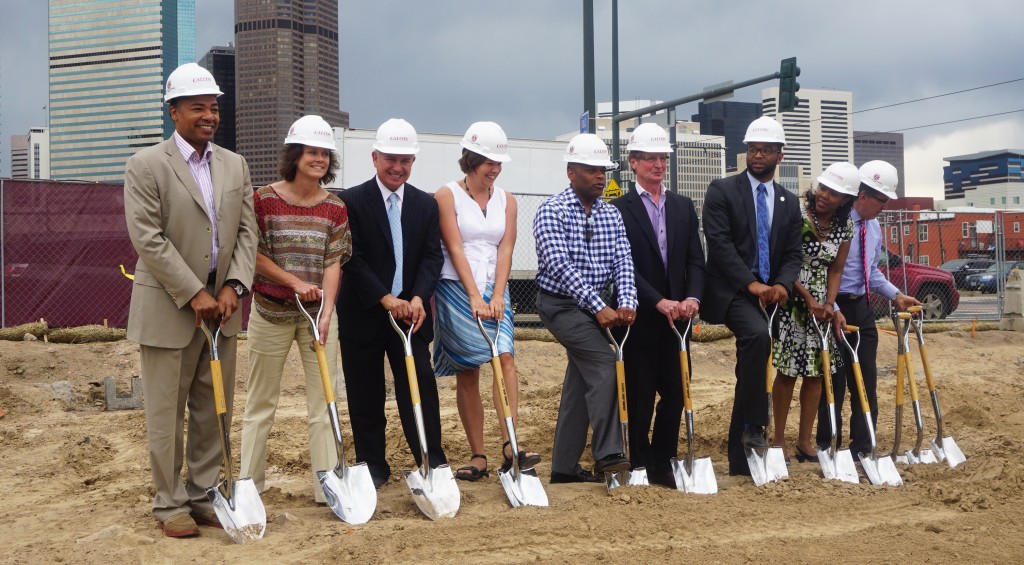 Heavy machinery is taking over another block of Welton Street.

Century Real Estate Advisors has started construction at 2300 Welton St., a $43 million 223-unit apartment complex at Welton Street and Park Avenue West. It’s an affordable housing project Century Principal Brent Snyder has been working on for more than a decade.

Snyder said the location is well-suited for affordable housing because of its proximity to Welton Street light rail stations and the Safeway grocery store four blocks away at Washington Street and 20th Avenue.

Century Real Estate, which is developing the property along with Josh Robbins, bought the land for the project between 2004 and 2006. Assembling the 2-acre site took 10 contracts covering 17 parcels and more than half a city block, Snyder said.

The 2300 Welton complex will total 259,000 square feet between two buildings. The larger building will run along Welton Street between Park Avenue West and 24th Street. That structure will house 195 apartments. The other 28 apartments will be in a smaller building at 501 Park Ave. West.

2300 Welton is a 4 percent Low Income Housing Tax Credit project. Century Real Estate is financing the build with a Housing and Urban Development-insured loan, as well as tax-exempt, private activity bonds from the city. Calcon Constructors is the general contractor, and Humphries Poli Architects designed the complex.

Welton Street is exploding with development along the light rail line. Palisade Partners is working on a major apartment and townhome development a block over at 25th and Welton. Fairfield Residential has submitted conceptual plans for 300 more apartments on the 2200 block, and the Loft Brokers is adding another nine at the former Melbourne Hostel.

More than 220 low-income apartments are about to join the growing number of upcoming residential projects along Welton Street.