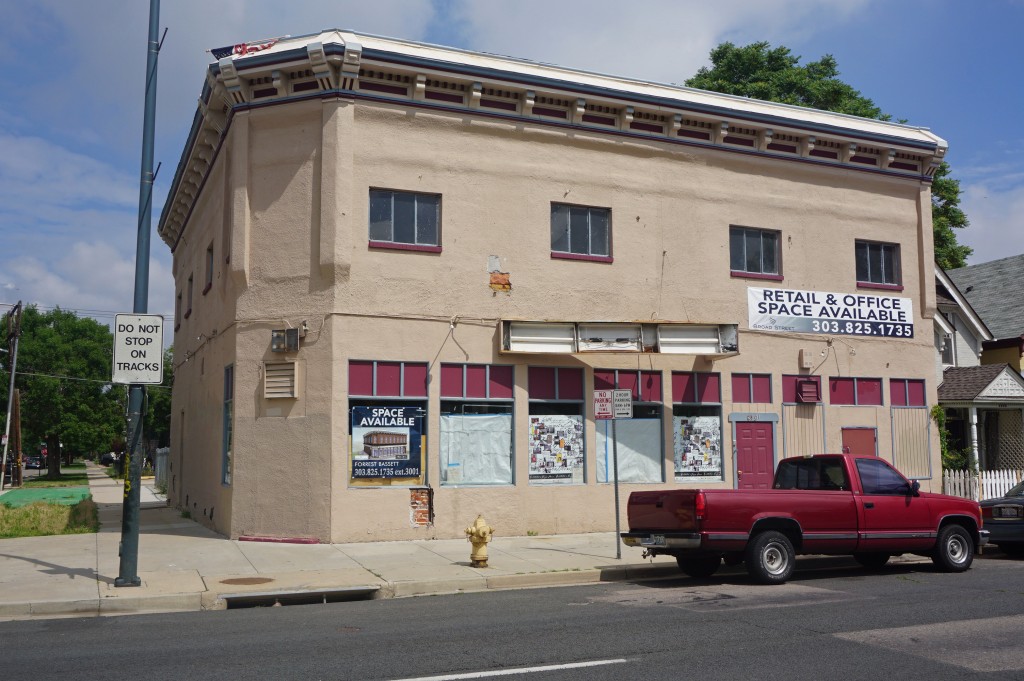 Work is underway on the interior of the property at 2801 Welton St. Photos by Burl Rolett.

Another seven-figure redevelopment is ready to roll in Five Points.

Star Mesa Properties plans to start construction on a 5,000-square-foot retail and office project at 2801 Welton St. Bob Cardwell, a principal at Star Mesa, said he hopes the $1 million renovation of the 120-year-old former jazz club and hotel property will be a good addition to the northern edge of the fast-growing Welton Street strip.

“We felt for the redevelopment of the Welton corridor this would be a great bookend,” Cardwell said. “There’s a lot of stuff happening closer to downtown. The Rossonian area is going to be the cornerstone in that area, and standing at the Rossonian you see 28th as a prominent corner.”

By the beginning of 2016, Star Mesa hopes to transform the building into one or two first-floor restaurants with office spaces on the second floor.

The building was constructed in 1895. In the 1920s, it housed Smith Lewis Billiards and 30 years later was home to jazz joint Rice’s Tap Room and Oven on the first floor and Simpson Hotel on the second floor. An American Legion hall operated out of the building until a few years ago.

Right now the building shows every bit of its age, Cardwell said, but most of the flaws are cosmetic.
“This building is one of those people think is probably going to be torn down,” Cardwell said. “But we walked a number of structural engineers and contractors through, and the gist was it looks worse than it really is.” 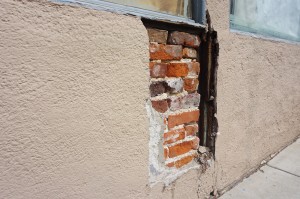 Exterior upgrades will include revealing the building’s original facade.

So far Star Mesa has gutted the inside of the building. The company plans to rip off a stucco exterior Cardwell said was added in the 1940s to uncover its original brick facade.

Studio K2 Architecture is handling the design, and Spectrum General Contractors is in charge of construction. Cardwell said Star Mesa will likely tap an existing line of credit to finance the project. The deal will also receive tax-increment financing.

Forrest Bassett, a broker with Broad Street Realty, is marketing the space.

Even just six months away from opening, Cardwell said it’s tough to say what the cost to lease space there might be.

“That market is changing by the moment,” he said. “All indications are the rents are in the high 20s, low 30s, and that’s really a function of what the needs of the tenant are.”

Welton Street is exploding with new development. Century Real Estate Advisors has 223 new apartments under construction at 2300 Welton St., and Palisade Partners is working on 82 apartments and 14 townhomes at 25th and Welton streets.

A team of developers is also planning to renovate the Rossonian Hotel at 2650 Welton St. into a retail, restaurant and office development. But while developers take aim at the Welton corridor, Cardwell said there are still deals to be had, especially when it comes to adaptive reuse.

“With the exception of Rosenberg’s, we probably will be the next completely renovated property in that community. I could maybe be off by one, but we’re certainly not the 10th,” he said. “There’s a little pioneering going on, but every single day I walk up there, there’s something new happening.”

Work is underway on the interior of the property at 2801 Welton St. Photos by Burl Rolett.

As the area around Welton Street booms with new construction, a 120-year old property will add to the area's rehab projects with plans for new office and retail space.

I AM A FIVE POINTS PROPERTY OWNER.I WOULD LIKE TO SPEAK YOU REGARDING THE FROMATION OF THE BID. ITS CORRUPT. PLEASE CALL 7209856038