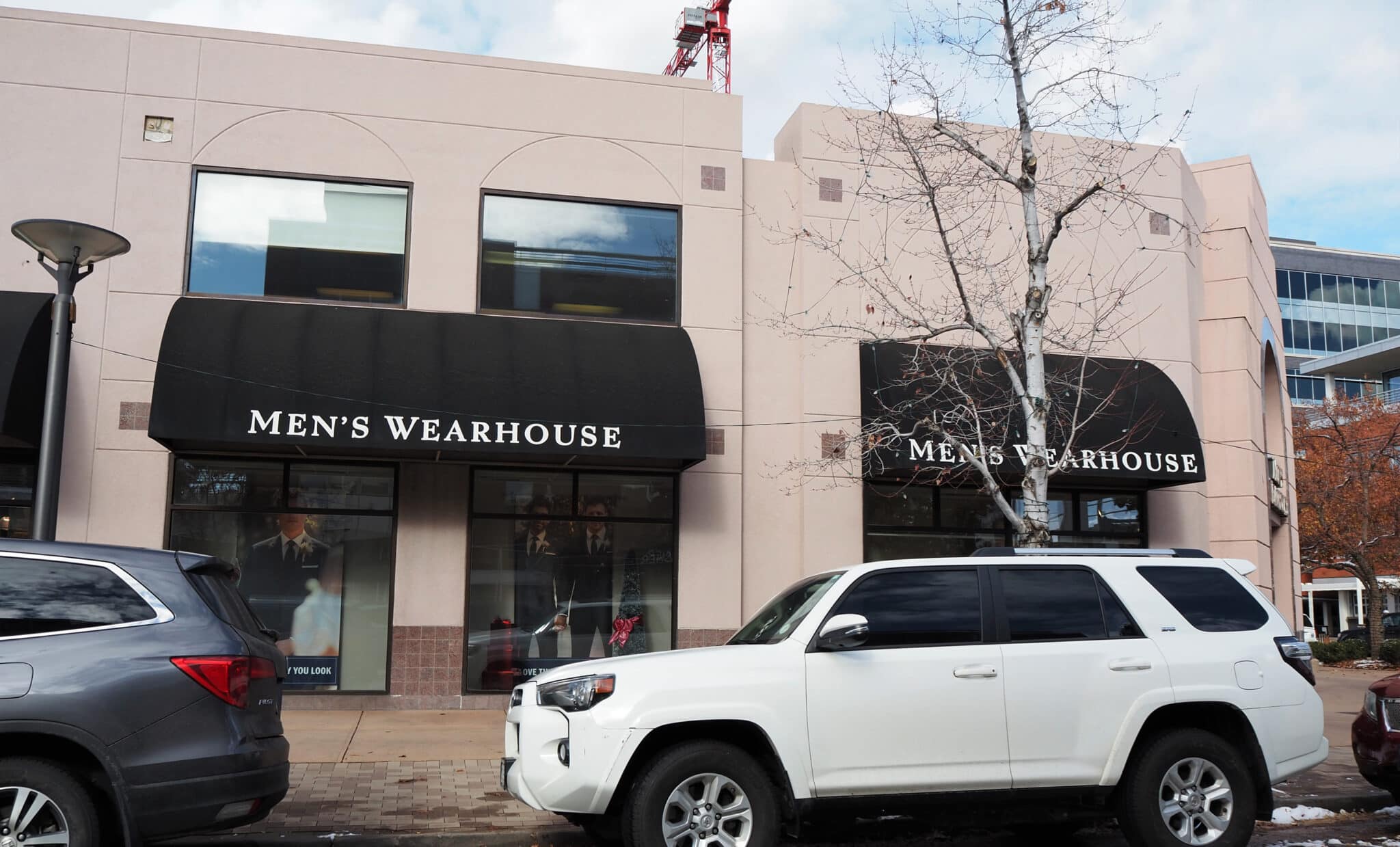 An office project by Schnitzer West will replace a retail building at 201 Fillmore St. that’s currently home to Men’s Wearhouse and other tenants. (Thomas Gounley photo)

Developer Schnitzer West has executed a ground lease for a Cherry Creek corner where the company plans to build an eight-story office building.

The Seattle-based company and Denver-based Brue Baukol Capital Partners announced Friday that they had secured the 0.52-acre site at 201 Fillmore St., the northwest corner of Fillmore Street and 2nd Avenue.

BusinessDen reported in June that Schnitzer West planned to redevelop the corner, and in September that Denver-based oil and gas firm Antero Resources Corp. planned to take all or most of the structure’s office space.

In its Friday news release, Schnitzer West confirmed the building’s office space was 100 percent leased. A company spokeswoman declined to name the tenant, but a memorandum recorded by Denver County the same day names Antero and was signed by Aaron Merrick, the company’s chief administrative officer. Merrick didn’t respond to a request for comment.

Once constructed, the building will serve as Antero’s headquarters, replacing the existing one next to Union Station downtown.

Schnitzer West struck the ground lease with 201 Fillmore LLC, an entity whose sole member is Barry Hirschfeld, records show. He has owned the property for decades.

The planned building will be 140,000 square feet, with 132,000 of that office space and the remainder retail space. Five levels of underground parking will accommodate 240 vehicles and 19 bicycles, according to Schnitzer West. No renderings of the building were released.

The project will replace a retail building with multiple tenants, including Men’s Wearhouse.

The building, expected to be completed in 2025, is designed by Goettsch Partners, a Chicago-based architecture firm that recently added a Denver office. Goettsch also designed the 30-story 1900 Lawrence office building under construction downtown.

Schnitzer West is also currently building an office building at 3615 Delgany St. in RiNo. Law firm Moye White has signed a lease there.

An office project by Schnitzer West will replace a retail building at 201 Fillmore St. that’s currently home to Men’s Wearhouse and other tenants. (Thomas Gounley photo)

The developer reached the deal with landowner Barry Hirschfeld.