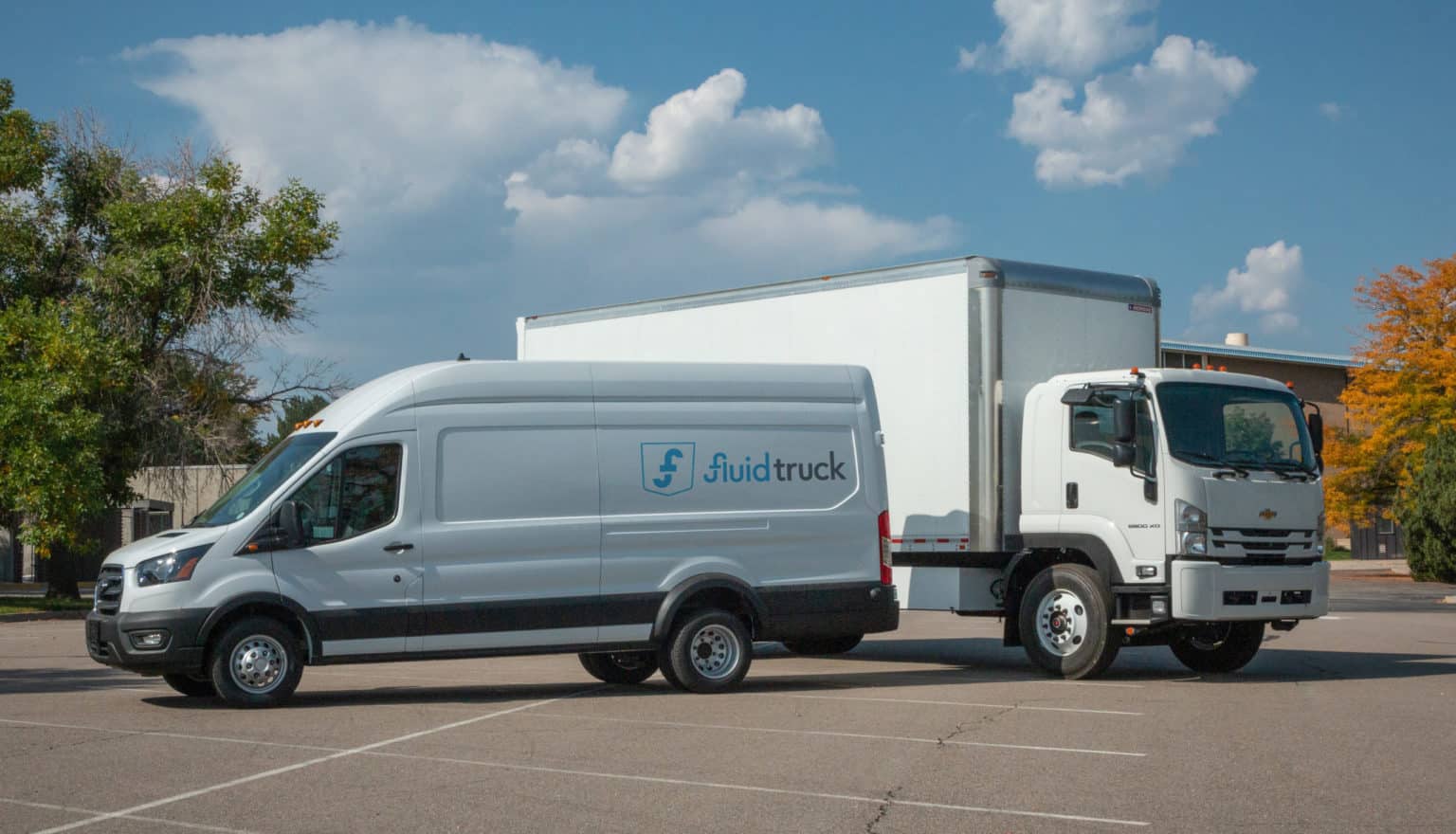 Fluid Truck, a Denver-based vehicle rental company, is being sued by Van Go, the Englewood company that owns the vehicles. (BusinessDen file photo)

Fluid Truck, a Denver-based vehicle rental startup, has been accused in Denver District Court of refusing to promptly return hundreds of vehicles to the Englewood company that owns them, intentionally underreporting the vehicles’ mileage and forging a signature.

Van Go, the Englewood company, claimed in a lawsuit Sept. 16 that it entered into an agreement with Fluid in May 2020. Under that agreement, Fluid rented out 312 vehicles that Van Go owned and paid Van Go a percentage of the rental fees, the latter company says.

Problems arose after their contract ended in May 2022. Van Go asked for its vehicles back and Fluid stalled for several months. Some still haven’t been returned, Van Go claims.

Meanwhile, many of the returned vehicles were in disrepair or had far more mileage on them than records showed, according to the lawsuit. So, when Van Go tried to sell them, they were worth less than they should have been, that company claims.

After the two local companies’ contract ended, Van Go says it found an agreement between itself and Fluid that had the signature of Van Go’s owner, but he’d never seen the document. It was notarized by a Fluid employee, according to the lawsuit.

While the lawsuit does not place a dollar figure on Fluid’s alleged wrongdoing, it is likely in the millions. Van Go alleges it paid Fluid $2.2 million in maintenance and technology fees “for services that have largely not been performed.” Also, a prospective buyer of 50 vehicles backed out and another paid a much lower price due to Fluid’s delays, Van Go claims.

Fluid acts as a middleman between vehicle owners, such as Van Go, and the individuals or companies who want to rent vehicles. Delivery companies like FedEx use it to add trucks during peak seasons and individuals can use it to rent a pickup truck for an afternoon.

The company was founded in Denver in 2016 as Fluid Market, an Uber-for-everything app that allowed users to rent a vast assortment of household items and vehicles. By 2018, it had become Fluid Truck and focused exclusively on vehicle rentals.

In 2020, the company expanded beyond Denver to 11 other major cities. It closed a $63 million funding round last year that included capital from Ikea’s holding company. It provides fleets of electric delivery vehicles for Ikea in New York City and Los Angeles.

Fluid Truck, a Denver-based vehicle rental company, is being sued by Van Go, the Englewood company that owns the vehicles. (BusinessDen file photo)