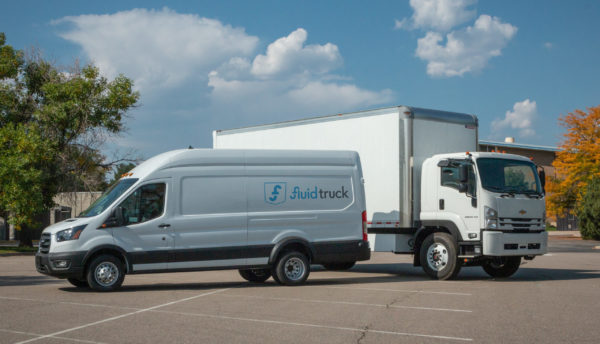 Fluid Truck, a peer-to-peer truck rental platform which launched in Denver in 2018, is available in 21 other markets across the country. (Courtesy of Fluid Truck)

Fluid Truck’s big wheels keep on turnin’, as it closed a $63 million funding round this week, the company said.

The Denver-based peer-to-peer truck rental platform plans to use the capital to add to its engineering and operations teams, accelerate expansion both nationally and internationally and reinvest in its software, according to CEO James Eberhard.

“We’ve been growing aggressively, and we try to manage a very cash-efficient shop, and we’ve seen revenue grow pretty dramatically over the last couple of years,” Eberhard said. “We wanted to invest that capital into our tech and staff, so we can continue to grow fluidly.”

The round was led by California-based Bison Capital with participation from Ingka Investments, which is the investment arm of IKEA holding company Ingka Group, as well as Sumitomo Corporation of Americas and some owners of vehicles that are listed for rent on Fluid.

“Between these investors, they can help us focus on how retail was evolving pre-COVID and how it’s been accelerated since.” 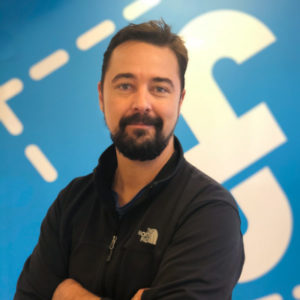 Eberhard added that this round brings the company’s total to around $65 million.

Fluid Truck offers 24/7 mobile access to a wide array of vehicles, none of which the company owns. Customers can rent anything from a neighbor’s pickup truck to a Tesla online for an hourly, daily, weekly or monthly rate. Businesses have the option to rent a full fleet without overhead or just a few extra vehicles during peak season.

The company expanded beyond Denver for the first time last year, adding 11 additional cities by the end of 2020. This year it has added another 10 new markets, including Orlando, Nashville and Portland.

“Our target is to build out a national footprint and be in over 50 markets in the U.S.,” Eberhard said.

“IKEA has very focused sustainability goals, so it was natural for us to partner when they saw we were making a shift toward electric vehicles,” Eberhard said.

More than 400 businesses around Denver are using Fluid Truck, and the CEO said the app has seen an uptick in restaurant and brick-and-mortar users since the pandemic.

The startup also has long-term partnerships with traditional delivery companies, such as FedEx, DHL and OnTrac to help them work through their supply chains in times like these when package counts and usage are dramatically up.

Eberhard originally created an app called Fluid Market, which allowed users to rent out everything from ladders to paddleboards to Teslas when it launched in 2016.

But when he realized users’ rental items, with the exception of vehicles, weren’t making them much money, he decided to narrow down his idea and relaunch the app as Fluid Truck in 2018.

Fluid Truck, a peer-to-peer truck rental platform which launched in Denver in 2018, is available in 21 other markets across the country. (Courtesy of Fluid Truck)

One of the investors in the Denver-based peer-to-peer truck rental platform is affiliated with IKEA.