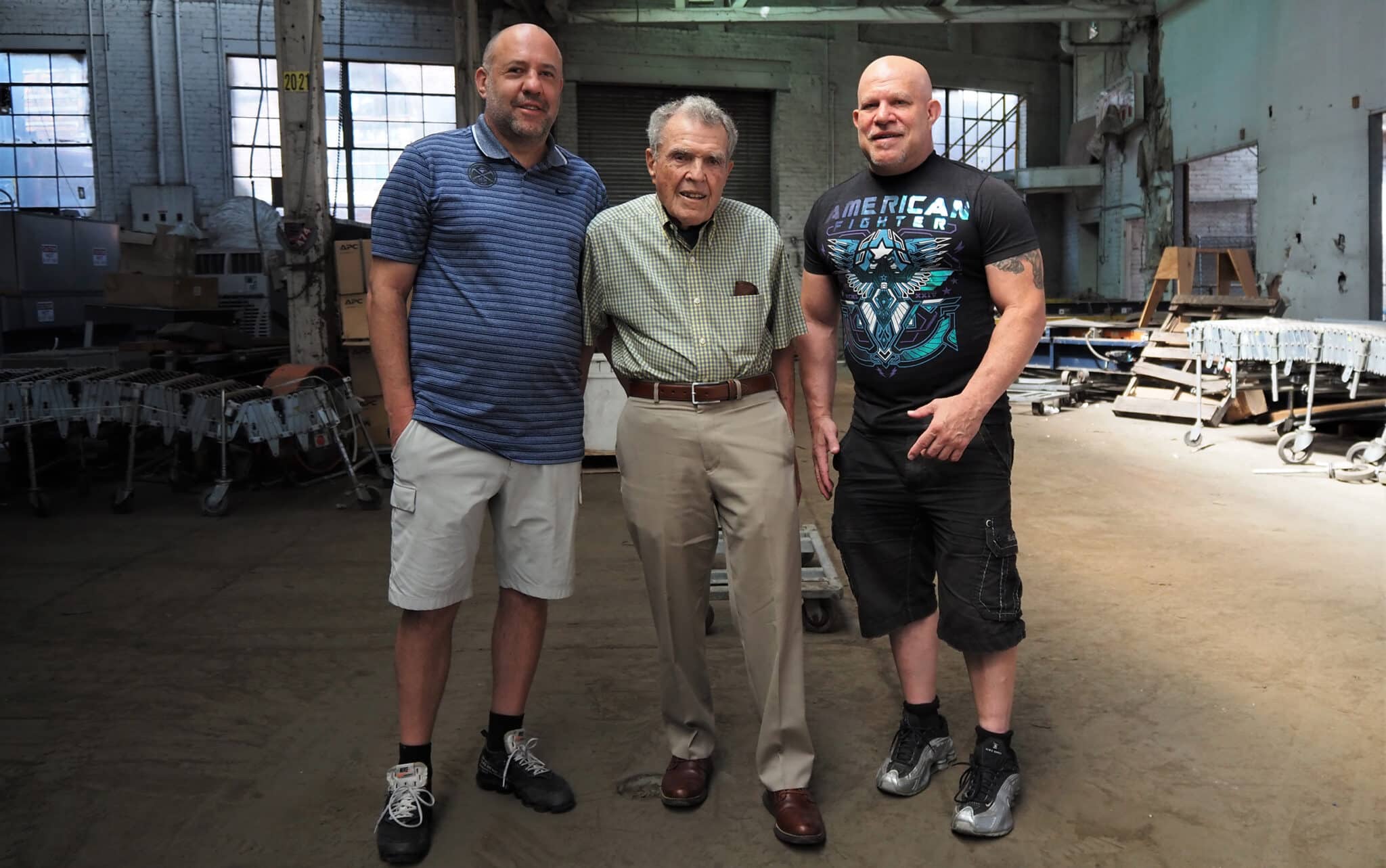 The owner of the Rock Drill property at the edge of RiNo says that over the last seven years, he’s had five different deals in the works to sell the 7-acre site he’s owned for three decades along 39th Avenue between Franklin and Williams streets.

“For one reason or another, they didn’t materialize,” said Weiss, 82.

The reasons varied, Weiss said. None of it was due to COVID. And not included in the five is Meow Wolf, which took a close look at the site before opting to instead locate by the Elitch Gardens amusement park.

“Of all the deals, I think one of them could have done the deal,” he said. “And the others couldn’t. It’s just too big.”

But Weiss feels good about his latest deal, which he said is farther along than the previous ones have gotten. He’s under contract to sell the property, as well as some additional land he owns between Williams and High streets, to a group that includes developer OliverBuchananGroup and apartment building management firm Sentral.

“Everybody was looking for tenants,” Weiss said of his previous deals. “They were looking for a way to go ahead.”

On this latest deal, Weiss said, “they’re ready to go.”

Added Weiss’ son Andy: “The biggest thing is, they’ve got the funding.”

The company stopped using the property in the 1980s when it moved operations to Brighton, Weiss said. He purchased the site in 1993. 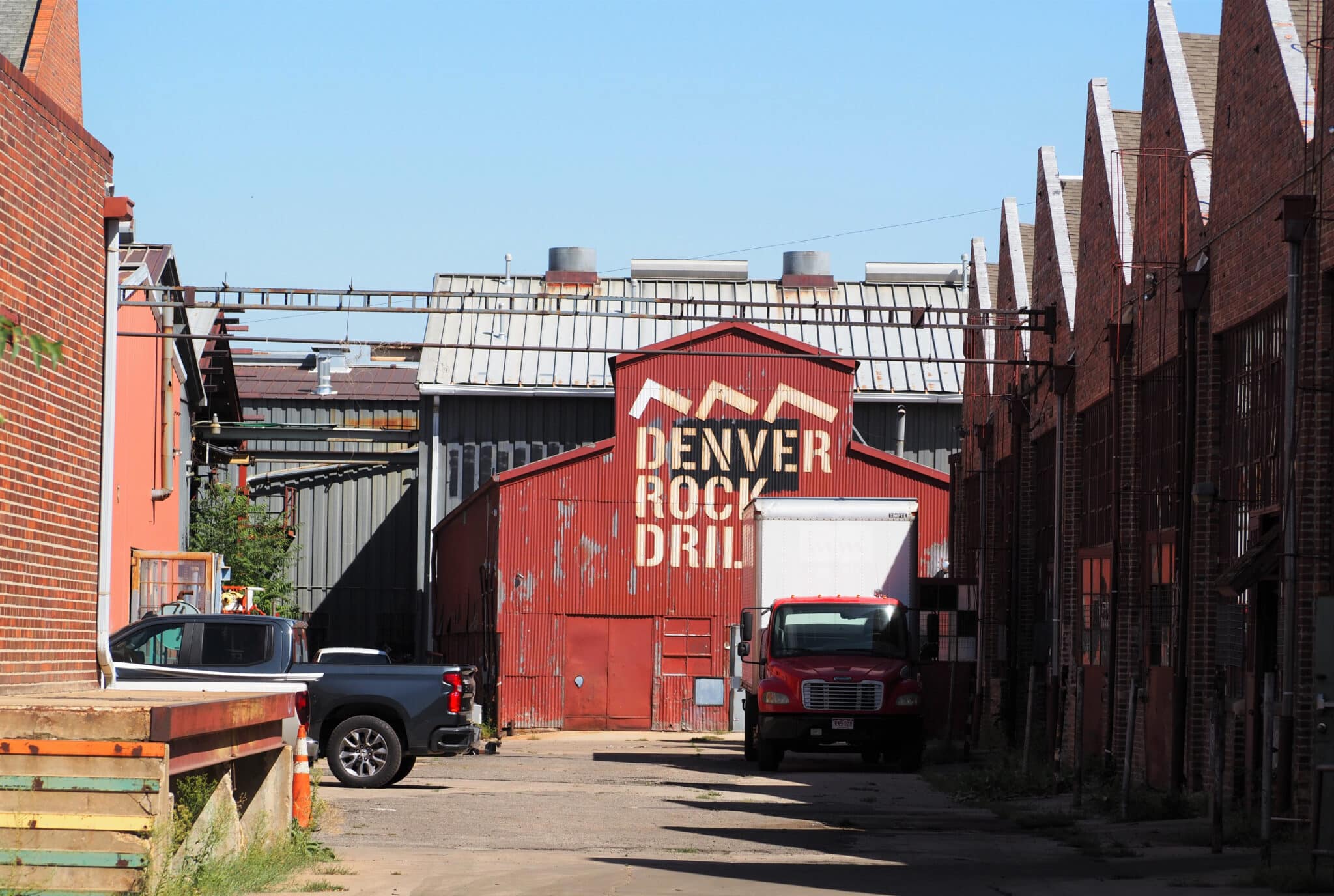 “Most people thought we were nuts,” he said. “I had bankers tell me they were going to do me a favor and not give me a loan.”

Weiss purchased the property for his business Porta Power Inc., which sells warehouse equipment such as forklifts and shelving. He moved the business to the Montbello neighborhood a few years ago when he thought a previous deal to sell Rock Drill would happen, he said.

As a result, the sprawling property — a mishmash of gritty industrial buildings, some made of brick and some metal, erected over decades — is used only for storage. There are dozens of ATVs in one corner, owned by someone who buys and sells used ones. There are rows of pallets and boxes and signs that harken back to previous users. “Do not use water in furnace pits.” “Keep from under crane loads.”

Even when he bought it, Weiss said, he saw the potential for something grander.

“It’s such a unique and unusual site,” he said. “It lends itself to something other than a storage warehouse. We wouldn’t want to see the site scraped.”

The planned buyers said they’re still determining their development plans, which they described in a news release as a “striking community that will include more than 300 units of residential living, as well as retail, office and event space.”

In an interview, OliverBuchananGroup CEO Eric Buchanan, who is based out of Denver, praised Rock Drill’s “great fabric and incredibly unique and cool buildings to work with as a base palette.”

He said the planned project will reuse “a lot” of the existing structures, but that the exact buildings are still being determined.

“It’s early yet in terms of plans,” Buchanan said.

Right now, the Rock Drill property has 240,000 square feet of space under a roof, not counting the additional land on the other side of Williams Street, which Weiss added in recent years.

Weiss said previous parties interested in the site have talked about developing anywhere from 700,000 square feet to more than a million. Most have envisioned having at least one entertainment-focused tenant.

As he walked the property with sons Andy and Brett and a reporter on Wednesday, Weiss commented that certain buildings would be a great fit for a brewery.

Weiss said he expects the buyers will knock down the metal buildings within Rock Drill, which will free up space for new structures.

“I would imagine all of the brick buildings would be kept, all of the sawtooth buildings,” he said, referring to structures whose roofs resemble the edge of a jagged saw.

OliverBuchananGroup and Sentral hope to begin construction in 2023. Buchanan said they submitted some preliminary development plans to the city prior to June 30, so as to be grandfathered in under previous development regulations.

OliverBuchananGroup grew out of OliverMcMillan, a major development firm acquired by Brookfield Properties in 2018. OliverMcMillan, and now Brookfield, owns the Clayton Lane project in Cherry Creek, which includes Whole Foods, a vacant Sears and other retail space.

Sentral, meanwhile, is a company with Denver roots. The company was founded in the Mile High City in 2018 as Daydream Apartments, saying it wanted to “create a new type of urban residential community” with “real opportunities for residents to lower their housing expenses with managed home sharing.”

In 2020, Daydream hired former WeWork executive Jon Slavet as CEO. The company rebranded to Sentral last year. Slavet lives in the Bay Area, but said Denver has the company’s largest concentration of employees.

Sentral, which continues to be backed by Iconiq, now bills itself as the “leading residential brand and operator managing flexible living communities.” Slavet said the company’s model, offering both traditional long-term leases as well as hosting shorter stays, “materially changes the profitability” of properties for owners.

Slavet said Sentral currently manages 12 properties across nine markets. About two-thirds of units within the company’s properties tend to be occupied by “long-termers” on a 12-month or similar lease, Slavet said. The remainder of units are rented for anywhere from one night to three months.

Weiss declined to identify the expected sale price for Rock Drill, but said he’s hoping to have some equity in the project the buyers build. Both sides declined to estimate when the sale could close.

The RiNo project is the first of many that OliverBuchananGroup and Sentral hope to build. The firms said they’re also targeting markets such as San Diego, Phoenix, Dallas, Austin and Nashville, and that additional projects in the Denver area are possible.

“There are a few submarkets around Denver that could make sense,” Buchanan said.

Byron Weiss, an 82-year-old who has owned the property for three decades and seen five previous deals fall through, hopes the sixth time's the charm.