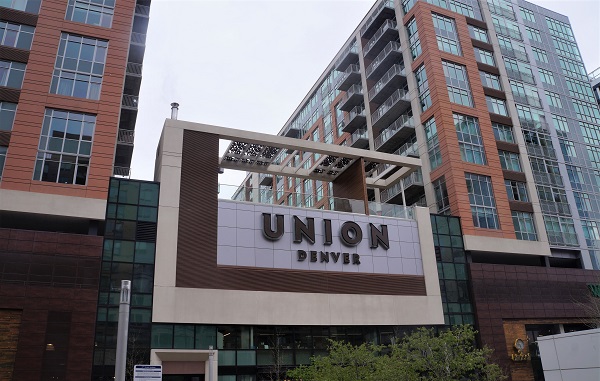 About 10 percent of units at Union Denver have signed up for homesharing. (BizDen file photos)

Jon Slavet has shifted his focus from sharing office space to sharing apartments.

Slavet was previously head of the U.S. and western Canada markets for coworking firm WeWork. In January, he took over as CEO of Daydream Apartments, a Denver-based startup with Silicon Valley backing that helps apartment dwellers rent their units out through sites like Airbnb.

“We see ourselves building a new category,” Slavet said. 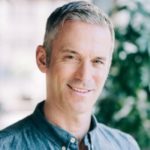 Daydream was founded in 2018, but made its first move toward putting its business plan in motion in April 2019. That month, the company’s capital partner paid $304 million for Union Denver, a 13-story complex at 1770 Chestnut Place that consists of 579 apartments stacked on top of retail space that includes a Whole Foods store.

Since then, the partner has gone on to purchase six other apartment complexes in three other cities: Seattle, Los Angeles and Austin, spending north of $1 billion in total. Another property in a new city will be acquired in the fourth quarter, Slavet said.

Daydream has some power players behind the scene. Its capital partner is San Francisco-based Iconiq Capital, an investment firm known for its ties to Silicon Valley elites such as Mark Zuckerberg.

Prior to Slavet, Daydream was led by founder Dan Cohen. Slavet called his appointment a “board decision,” and said Cohen left the company in August.

Daydream is all about what it calls “homesharing.” When Iconiq buys an apartment complex, Daydream is tasked with operating it, and essentially manages the arrangements for tenants in the building that want to rent out their unit when they’re not home.

That means Daydream staff take care of listing the unit on Airbnb and VRBO, communicating with the traveler, cleaning before their arrival and after their departure and bringing in fresh towels, to name a few tasks.

“For the guest, we essentially play superhost,” Slavet said.

In exchange, Daydream takes a cut of the revenue from the short-term stays. Slavet declined to specify the cut, but said some tenants at Union Denver — where rents average about $3,000, given its location near Union Station — will likely soon be able to essentially defray a third of their rent. 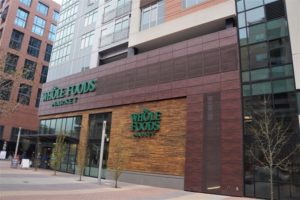 Slavet said about 10 percent of units at Union Denver have signed up for homesharing. The company stopped accepting guests in mid-March due to the coronavirus pandemic, and restarted in July, after establishing more intensive procedures for cleaning and incorporating things like face masks into guest welcome kits.

Since then, occupancy at Union Denver has been about 85 percent, and guests are paying an average of more than $200 a night.

“When we turned back on, we were pleasantly surprised,” Slavet said.

Other companies have created a business model that revolves around the fact that people will pay more nightly to rent an apartment for a short stay than on a long-term lease.

San Francisco-based Sonder, for example, leases several entire buildings in Denver. Unlike Daydream, however, its units don’t have regular tenants. Its properties are essentially operated like a hotel, albeit with an apartment-like setting and no or minimal staff on site.

Asked about Sonder, Slavet said “kudos to them for essentially being the last player standing in their space.” (Stay Alfred, a competitor with a similar business model, shut down in the wake of the pandemic.) But he said “it’s really hard to deliver a seamless experience” as a hospitality firm without owning the asset.

Daydream, however, will likely shift slightly away from that model as well. For now, it only offers homesharing within the complexes Iconiq owns. But Slavet said that the company will expand to ones owned by others by late 2021 or early 2022. It’s also planning to make its brand more prominent.

“When we take over a community, it’s not just putting the brand on the side of the building, which we’ll start doing next year across all our properties,” he said.

More Denver properties are possible, Slavet said, adding the company is largely focusing on “NFL cities” as it expands further.

Slavet primarily lives in San Francisco, where he was before he joined Daydream, and said the company’s leadership team is split between there and Denver. He has a unit on the 12th floor of Union Denver that he uses when he travels to the Mile High City.

“I intentionally became a resident because I want to live the experience,” Slavet said.

About 10 percent of units at Union Denver have signed up for homesharing. (BizDen file photos)