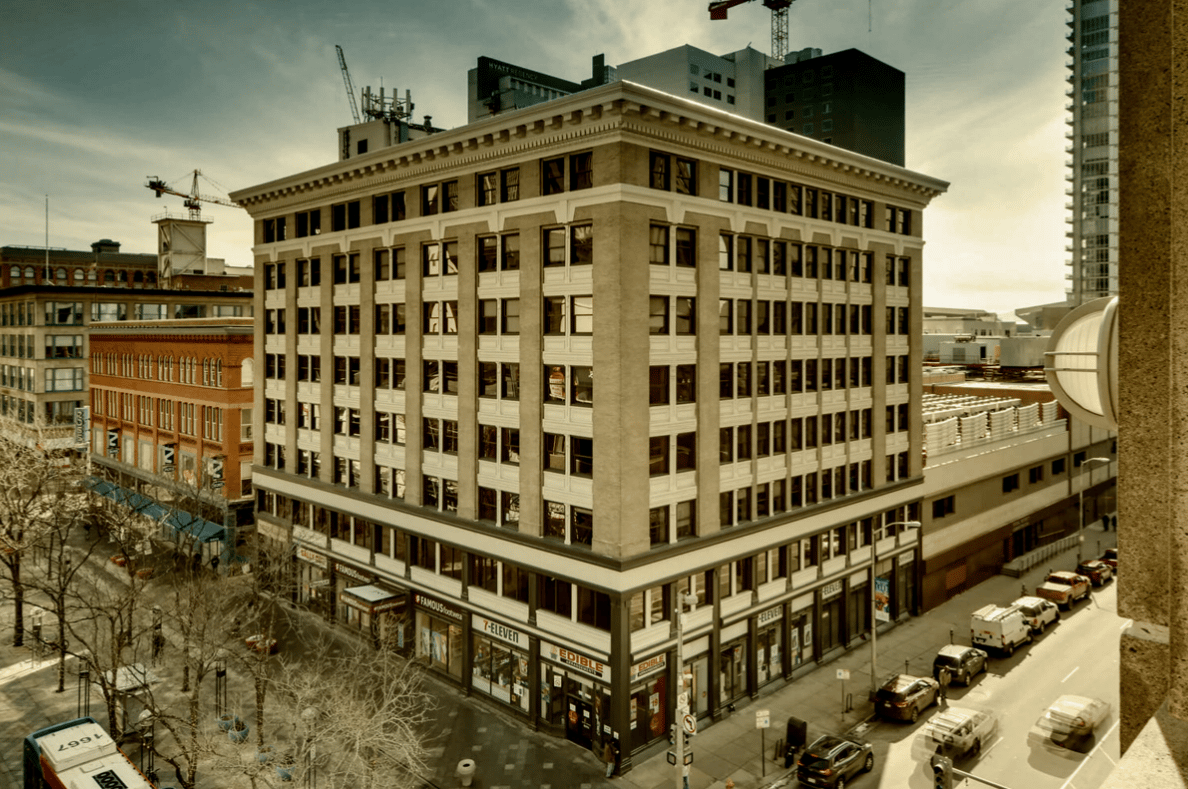 The eight-story building at 820 16th St. is known as The George or the Symes building. (Photos courtesy of Harbor Associates)

A California-based company that owns three office buildings in downtown Denver is eying two of them for residential conversions.

They are the third and fourth buildings in or around downtown to be proposed for an office-to-residential conversion in recent months. The city has said it would like to encourage such conversions in part due to a decline in downtown office traffic due to work-from-home and hybrid work patterns.

Additionally, one building — the former Art Institute of Colorado building at 1200 Lincoln St. — is already in the process of conversion.

Both of the latest proposals are for buildings owned by Harbor Associates, which purchased 225 E. 16th Ave. in October 2018 and 820 16th St. two months later.

A Harbor executive did not respond to requests for comment. The architect who submitted the concept plans declined to comment.

Harbor’s website refers to the 820 16th St. building as The George, although it is also known as the Symes Building. The structure dates to 1906, according to property records.

The plans call for the existing retail space on the ground floor to remain. The upper floors would be converted into 96 residential units, with an average size of 535 square feet. 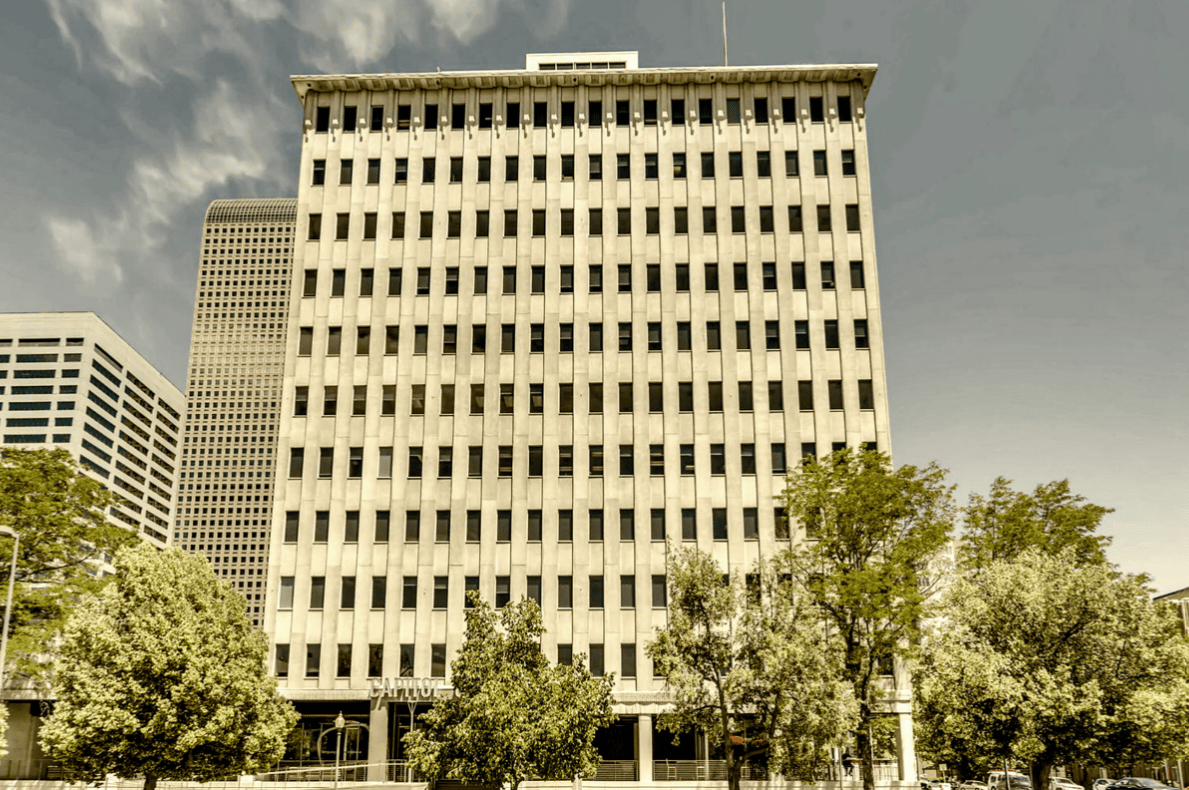 The 225 E. 16th Ave. building, meanwhile, is known as Capitol Center. Plans call for the building to be turned into 111 apartments with some coworking and amenity space.

A two-story garage north of the building, meanwhile, would be demolished to make way for another 11-story apartment building, according to the plans. The new structure would have 243 units and incorporate 319 parking spaces to serve the entire project.

The existing two-story building to the west, which has the address of 1600 Sherman St. but is technically part of the same parcel, would not change use.

Harbor Associates also owns the nine-story The Vault building at 821 17th St., which it purchased in 2017. No change of use has been proposed for that building.

The conversion plans for The George and Capitol Center buildings were submitted just days after similar plans were submitted for the office portion of the building at 1600 Champa St. And in December, the owners of the 14-story Petroleum Building at 110 16th St. submitted plans to turn its upper floors into approximately 130 residential units.

The eight-story building at 820 16th St. is known as The George or the Symes building. (Photos courtesy of Harbor Associates)