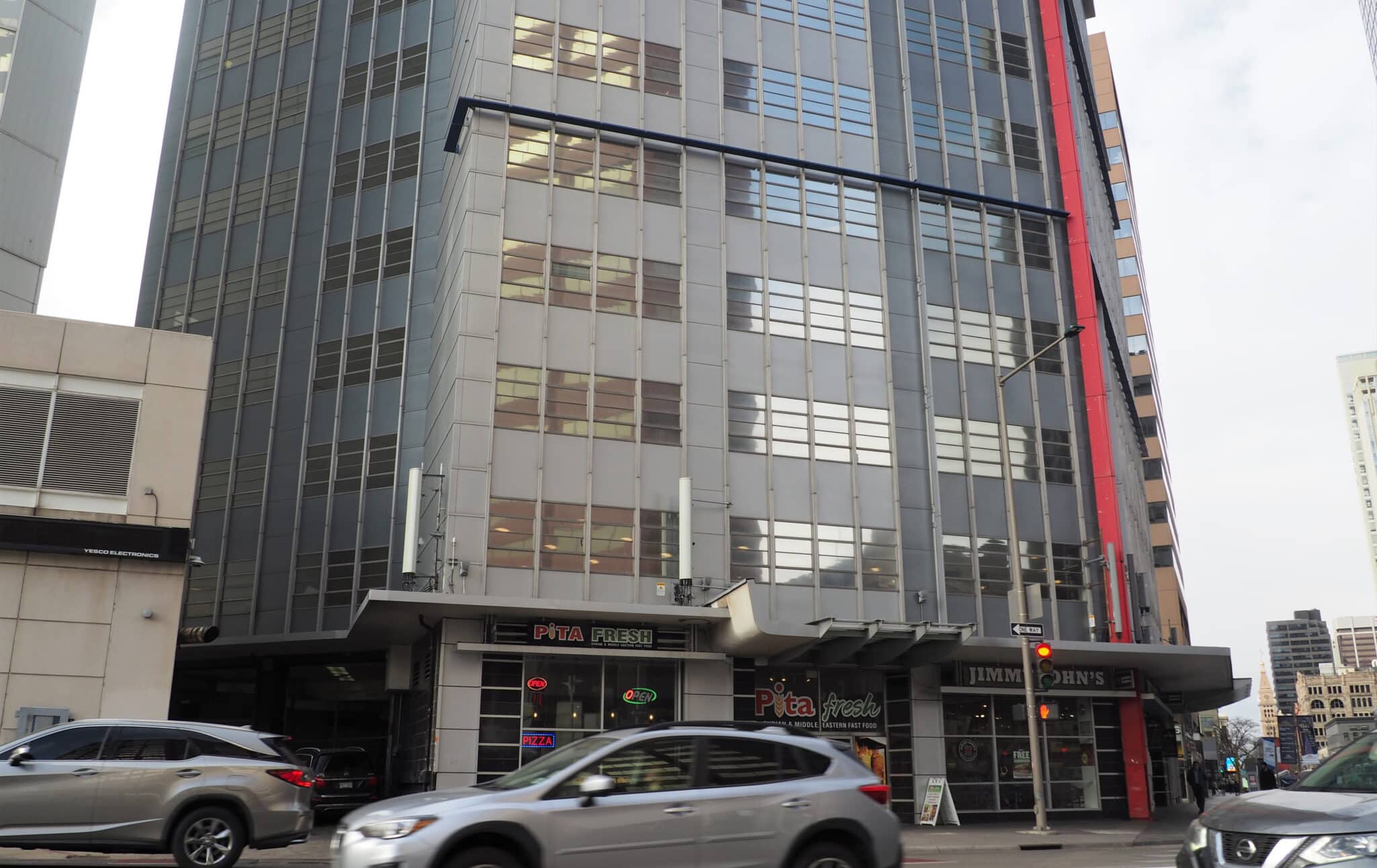 The Petroleum Building, which has retail space on the ground floor, opened in 1957. (Thomas Gounley photos)

The owners of a mid-century office tower at the southern end of the Central Business District are considering converting the building for residential use.

A concept plan submitted to the city last week calls for the upper floors of the 14-story building at 110 16th St., known as the Petroleum Building, to be converted. The building’s ground floor would continue to have retail space.

In a statement forwarded by Paul Norquist of Design Practice Inc., who submitted the document to the city, the building’s ownership emphasized that nothing has been decided.

“At this point, we are only exploring different options for the future of the property,” the statement read. “We have very strong current tenants and want to listen to the City and their hopes as we maximize this property for the benefit of the downtown community.”

The concept plan envisions the second through 14th floors of the building having a total of either 127 or 137 one- and two-bedroom units, depending on the number of each. 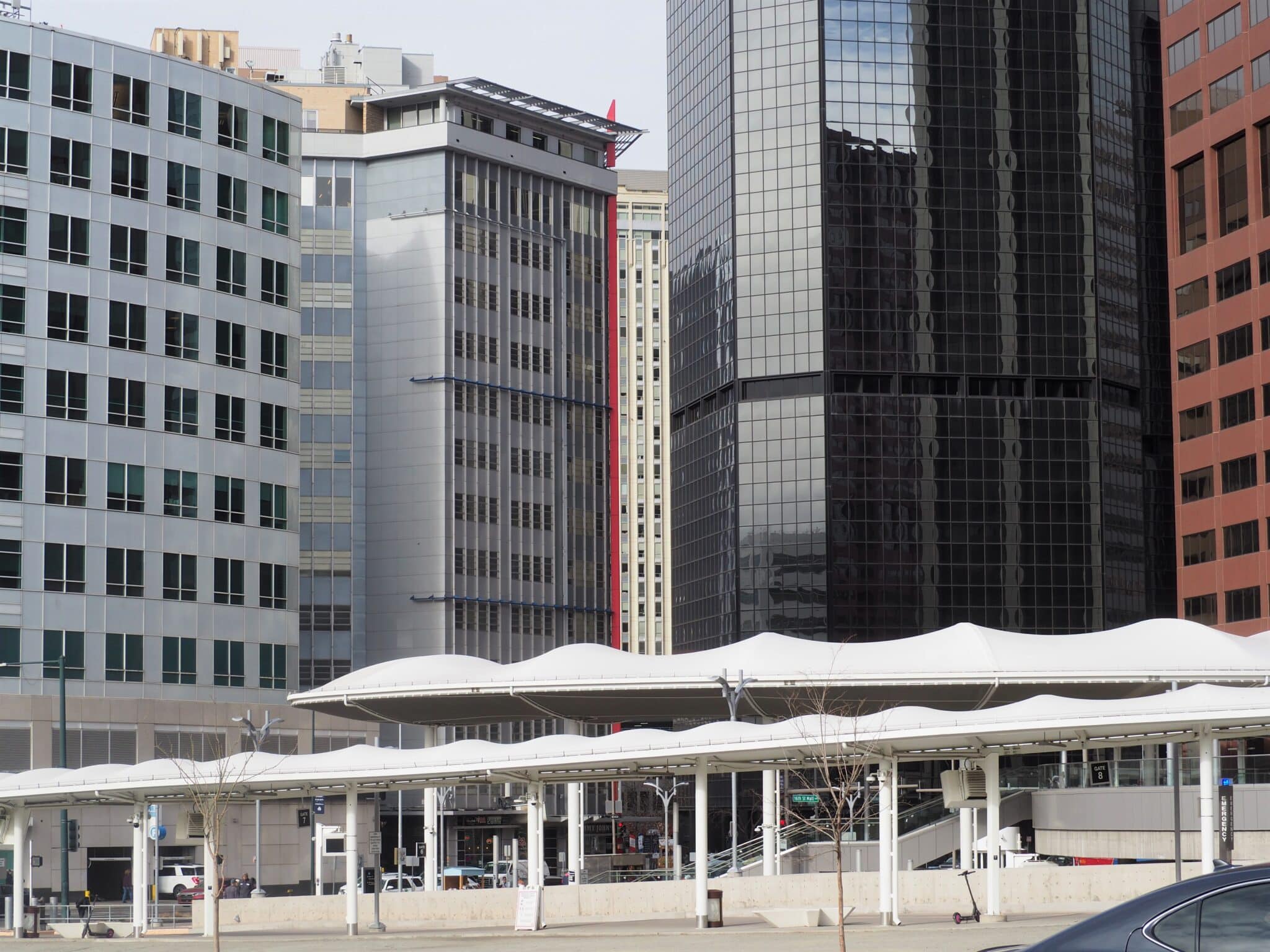 The Petroleum Building, left of center here, is adjacent to the former Denver Post building.

The Petroleum Building opened in 1957, and for a time was the tallest building in the city, according to a 2007 Denver Post story. The structure has that name because it was once dominated by oil companies and home to the Petroleum Club, a gathering space for the industry.

“Thirteenth floor used to be a ballroom for the Petroleum Club,” he said in May. “So really high ceilings, huge windows, lots of light. The 14th is phenomenal, wraparound, 360-degree balcony, all the exterior offices have a private patio door for a balcony, and a great event space. Views of the front range, downtown, the Capitol building, the courthouse. It’s great.”

The structure sold in 2005 for $10.9 million to Petroleum Building LLC, described at the time as a partnership between Lou DellaCava and Tim Borst. That entity still owns 70 percent of the structure, according to public records. The remainder is owned by DellaCava Development Company LLC and DC/PB LLC.

Residential use wouldn’t totally go against the history of the structure. The top floor was once a penthouse residence, home to banker Kenneth King and oilman Marvin Davis, according to the Post. The most prominent example of an office-to-residential conversion downtown is 1600 Glenarm Place. Denver-based RedPeak purchased the 31-story building in 2004, fashioned it into apartments and sold the building in 2018.

The Petroleum Building, which has retail space on the ground floor, opened in 1957. (Thomas Gounley photos)