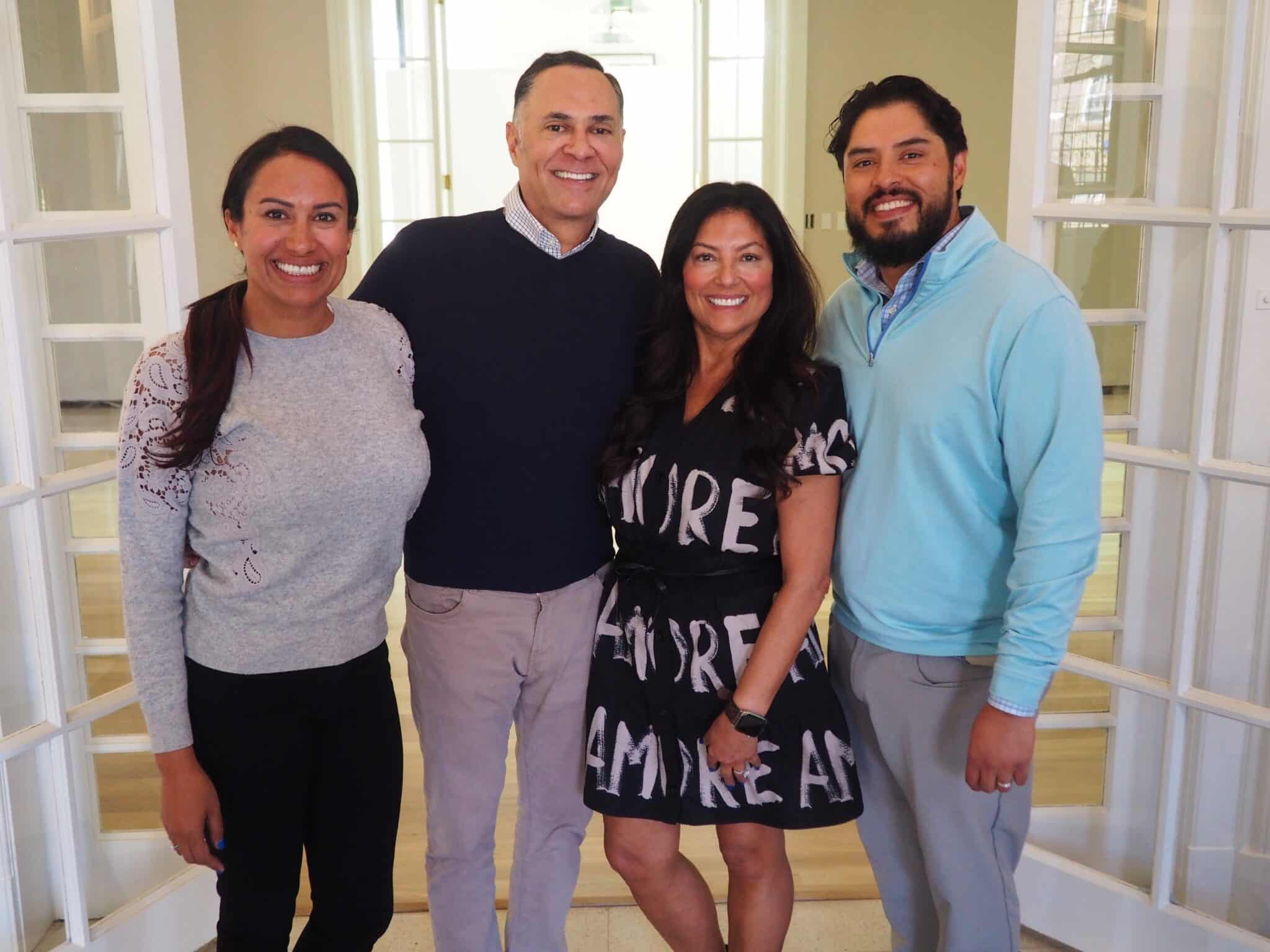 The next chapter of the historic Crawford Hill Mansion in Cap Hill has begun.

Health-care-entrepreneur-turned-developer Rob Salazar and wife Lola are in the process of moving their family office and foundation into the three-story mansion at 150 E. 10th Ave., which dates to 1906.

The 19,005-square-foot home was built for Denver socialites Crawford and Louise Hill. For the past three decades, it housed the offices of a law firm.

“I feel like it’s a privilege,” Salazar said during an interview earlier this week. “I think that having this under our family control is a reflection, to an extent, of how far we’ve come, and in my view how far we’re going.”

Salazar, 59, studied accounting at Adams State University in Alamosa, then joined an accounting firm that worked in the health care industry. That led to a diverse and lucrative career in the health care sector, which involved operating nursing homes and turning around a troubled hospital in New Jersey.

Salazar has now largely turned his attention to local real estate development. Through his family office Central Street Capital, he’s preparing to break ground this year on a 224-unit apartment complex in Globeville’s Fox Island. And $70 million in bonds were recently sold in connection with the firm’s development of a long-planned entertainment-focused project in the city of Glendale.

“Glendale’s going to keep us busy for years,” Salazar said.

The Salazars paid $6.5 million combined in December for the Crawford Hill Mansion and a 0.22-acre parking lot to its south zoned for up to five stories, records show.

Crawford Hill died in 1922, and Louise Hill lived at the mansion until 1942. She then moved to the Brown Palace, where she lived until her death in 1955, according to a history compiled by a previous owner. The home was leased and eventually sold to the Town Club, a Jewish social organization, which put the property on the market in 1989 amidst dwindling membership.

The mansion was then purchased by an entity affiliated with the law firm Haddon, Morgan and Foreman, which used it as office space. Firm leadership got the home added to the National Register of Historic Places, and in early 2020listed the property for sale for $7.3 million. After the sale to the Salazars, the firm moved to 950 17th St., according to its website.

The Salazars, meanwhile, previously had their office in Prospect on Central, an apartment building that Central Street developed in LoHi. The Salazars sold Prospect in August and signed a lease with the new owner, but sued their landlord several months later, alleging it had failed to maintain the building at the same level of quality.

Rob Salazar said the settlement in the case allowed Central Street to break its lease, and gave two months of free rent. And it meant that the family needed a new office space.

“My wife and I, we’ve always been attracted to getting our own building with a historic nature to it,” he said. 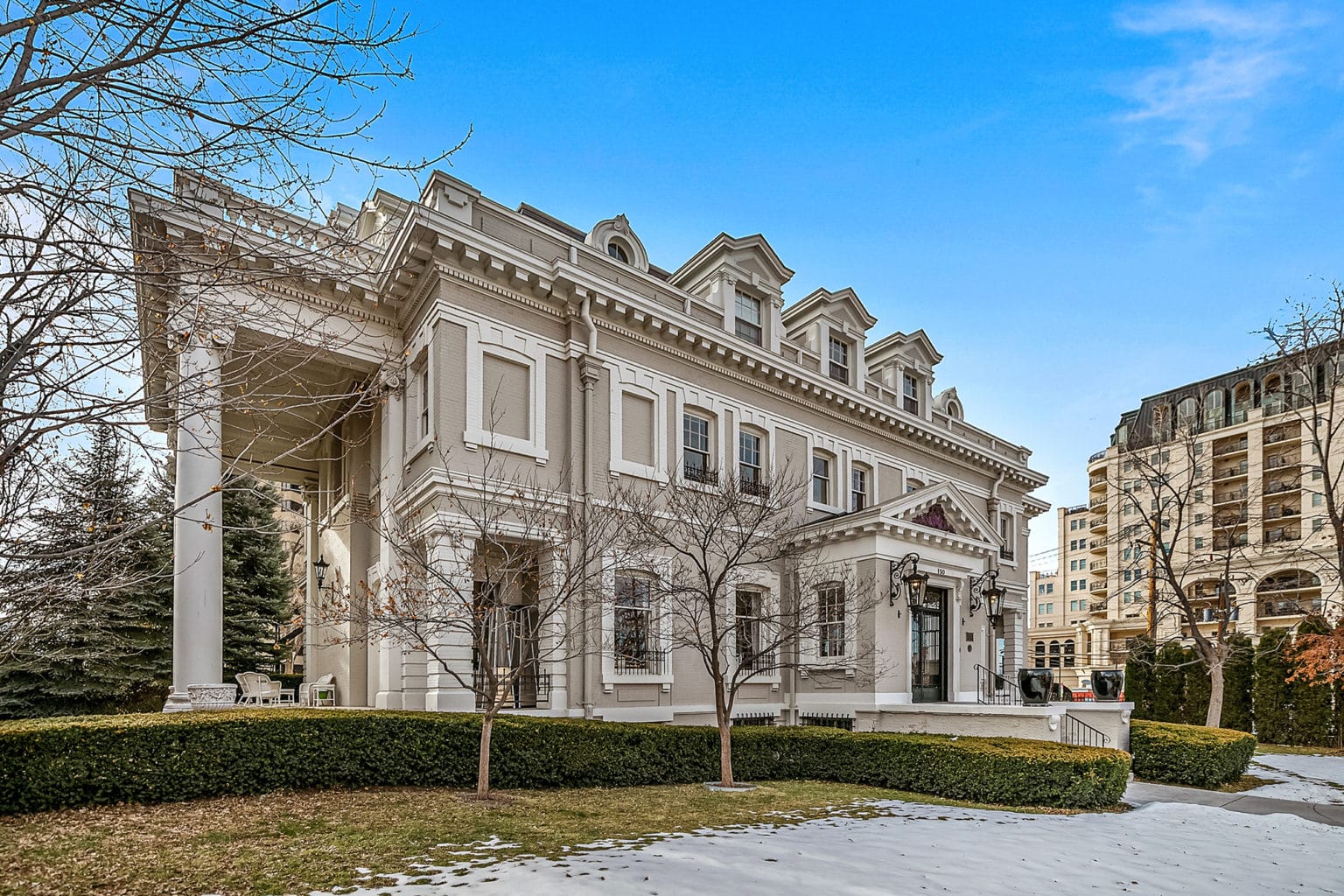 The Salazars have installed new flooring in the building and painted the walls; the exterior remains unchanged. Beyond that the move-in has been somewhat gradual, in part because supply chain issues have pushed furniture deliveries months out.

“I’m trying to either make it modern or historic,” Lola Salazar said of her vision for the interior. “I’m trying to take the ‘90s stuff out.”

On the first floor, a room to the left of the grand entryway, where the law firm had installed a glass conference room, is being turned into a formal living room that can host events. Toward the rear are offices for Lola Salazar and the Salazar Family Foundation’s executive director.

The foundation supports three organizations at any given time, bringing in new ones after donating at least $1 million, Lola Salazar said. At the moment, the three organizations are the Denver Foundation, Rob Salazar’s alma mater Adams State University and Escuela de Guadalupe, a Catholic elementary and middle school in Denver’s Villa Park neighborhood.

“Our whole idea is that we help smaller organizations grow,” Lola Salazar said.

Rob and the couple’s two children, Isiah and Angelique, have offices on the second floor, along with other Central Street employees. There are a handful of additional offices on the third floor, and a playroom in the basement for when employees need to bring their children to the office.

The couple have hired Tryba Architects to assist in the interior refresh and draw up concept plans for the parking lot, although developing that site isn’t an immediate priority.

Rob Salazar said he has been drawn to development in recent years because “to a certain extent, real estate is safe.”

“It’s not overly complicated,” he said. “By my nature, I’m a conservative guy. So, I was drawn to that as an investment vehicle.”

Central Street’s largest current undertaking is in Glendale, where Central Street is the latest developer to take on a planned entertainment district on about 10 acres along East Virginia Avenue south of Target.

The project, slated to be called “The Four Mile District” after the nearby Four Mile Historic Park, will be anchored by an Alamo Drafthouse Cinema that the Salazars will own. The municipal bonds that were recently sold will be used to pay for infrastructure work within the project, including two parking garages.

Rob Salazar noted that previous developers had signed up to take on the project only to back out, and said he held back on signing letters of intent for a time with prospective tenants.

“I feel like we were negotiating in a disadvantaged way because people didn’t really have the faith that this was happening,” he said.

But Salazar said the bonds provide all the funding needed for infrastructure, and vertical development should begin by the end of the year. Isiah Salazar said he’s about to make a second trip to Houston to meet with a potential tenant, and noted the lower minimum wage in Arapahoe County compared to Denver could be a selling point for retailers and restaurants.

“The beauty is that we had the ability to move and finance this without tenants on board … whereas any other developer, they get their tenants and then they move,” Rob Salazar said. “I think it has put us in a great negotiating position.” 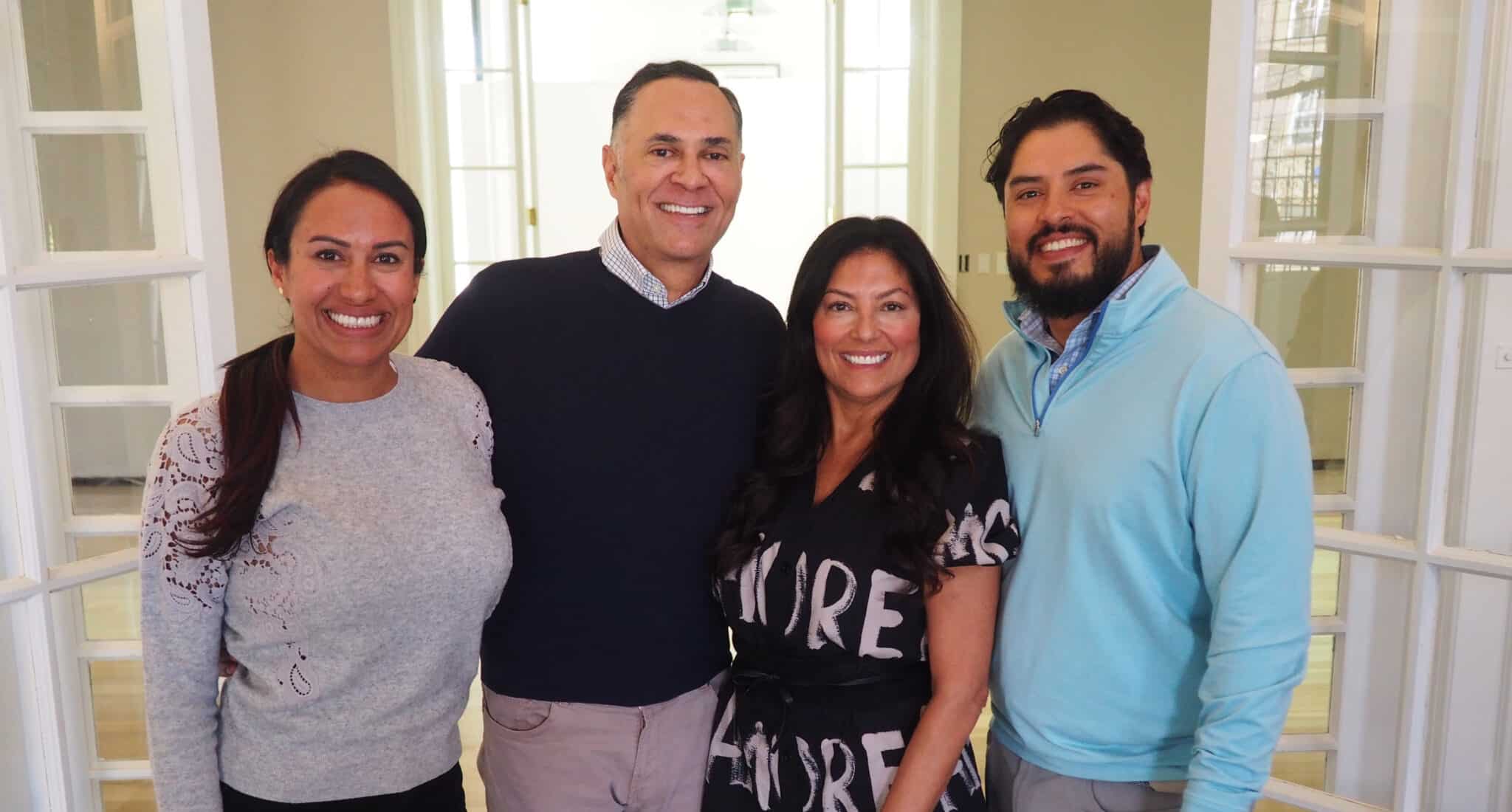 The 19,000-square-foot Crawford Hill Mansion, built for Denver socialites Crawford and Louise Hill, had been home to a law firm since 1990.