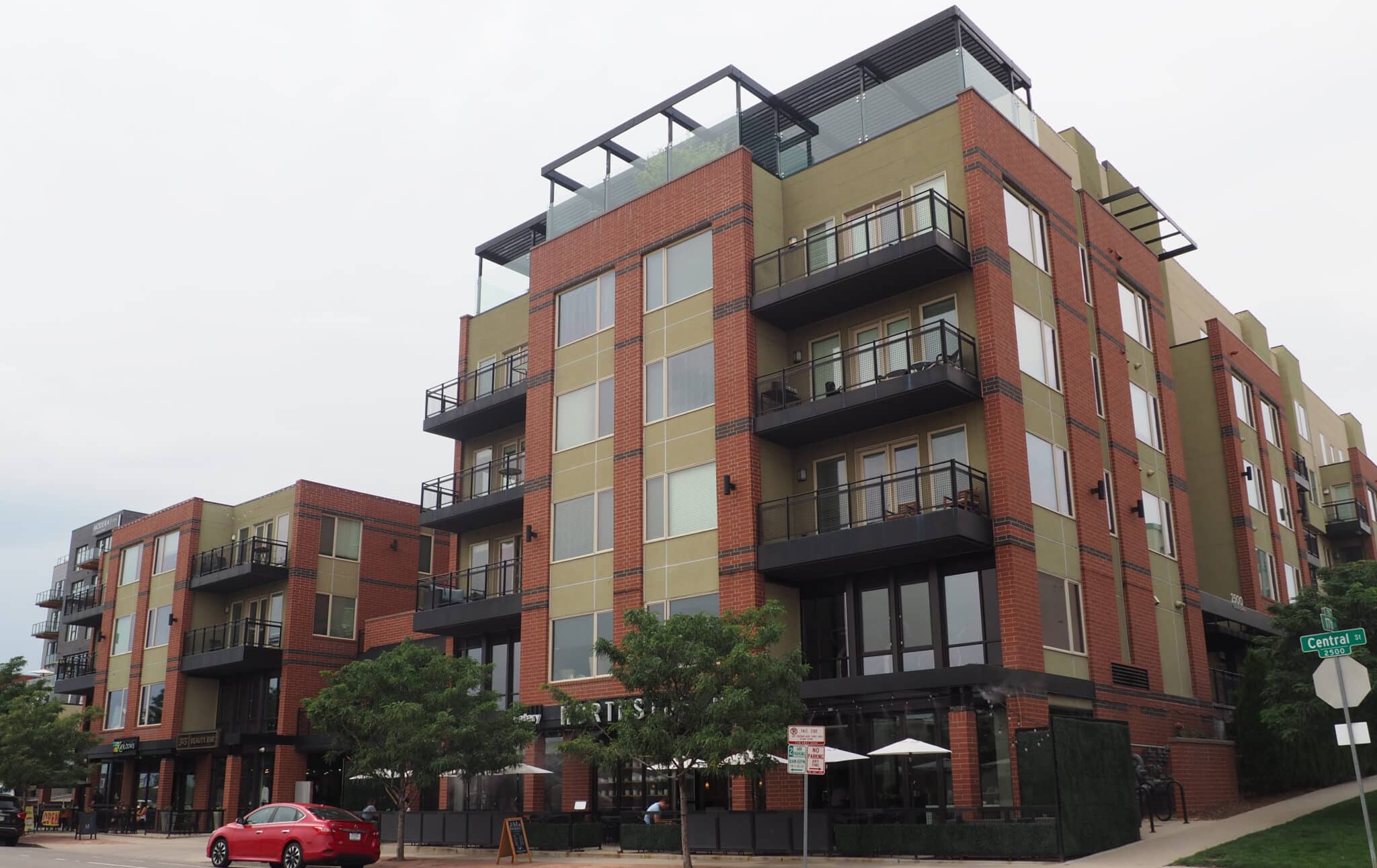 The Prospect on Central apartment complex at 2500 17th St. in LoHi. (BusinessDen file)

Health care entrepreneur Rob Salazar’s family firm Central Street Capital has been based for years out of a small office in Prospect on Central, the apartment building it developed at 2500 17th St. in LoHi.

When Central Street sold the building in early August, the firm signed a lease for the office space with the new owner.

Three months later, the Salazar family is regretting that decision.

In early November, Central Street sued 1661 Central Operator LLC, which bought the building for $34 million. Central Street says it wants its lease terminated, arguing its new landlord has failed to maintain the building’s “first class” quality as the contract requires.

1661 Central Operator LLC lists an office address in Golden. Emails sent by BusinessDen to the company and its attorney requesting comment were not immediately returned.

Prospect on Central consists of 57 apartments, several retail units leased to tenants like Metropolis Coffee and the office space on the building’s second floor.

According to the lawsuit, while the sale was in the works, Central Street raised “serious concerns about entering into a new lease with the Landlord, specifically regarding Landlord’s ability, willingness, and commitment to maintain the Building in a condition similar to its current condition.” That prompted the addition of a clause in the lease mandating it remain at a “first class” quality.

But the problems began quickly after the deal closed, according to Central Street.

A week after the sale closed, there was vomit on a staircase leading to the office, according to Central Street. In the coming week, the company “provided notice” of other problems related to the parking garage and general maintenance of the residential hallways and landscaping, the lawsuit says.

On Sept. 10, Central Street requested the lease be terminated citing the “first class” clause, offering to pay rent through the end of the year, according to the lawsuit. The landlord declined, saying the company’s citation of the clause was “invalid.”

On Oct. 5, the Salazar family again tried to buy out its lease with six months of rent payments, but the owners also rejected that offer, the lawsuit states. Central Street continued to highlight what it felt were maintenance problems.

“The conduct of the landlord has created an intolerable condition,” the lawsuit alleges. “Landlord has failed to satisfy its obligations under the lease.”

The lawsuit also cites complaints from unnamed apartment residents sent to the new management, including one complaining that “hallways often reek of pet urine,” and a resident petition highlighting the property’s “deteriorating condition.”

Central Street is seeking an unspecified amount of damages, in addition to the termination of its lease.

The building’s new owner appears to be preparing for the firm to leave. It has submitted plans to the city to convert about 5,000 square feet of office space into eight additional residential units, in addition to converting two storage rooms to apartments, records show.

The Prospect on Central apartment complex at 2500 17th St. in LoHi. (BusinessDen file)

When Central Street Capital sold Prospect on Central in August, the company kept its offices in the building. It’s regretting that now.