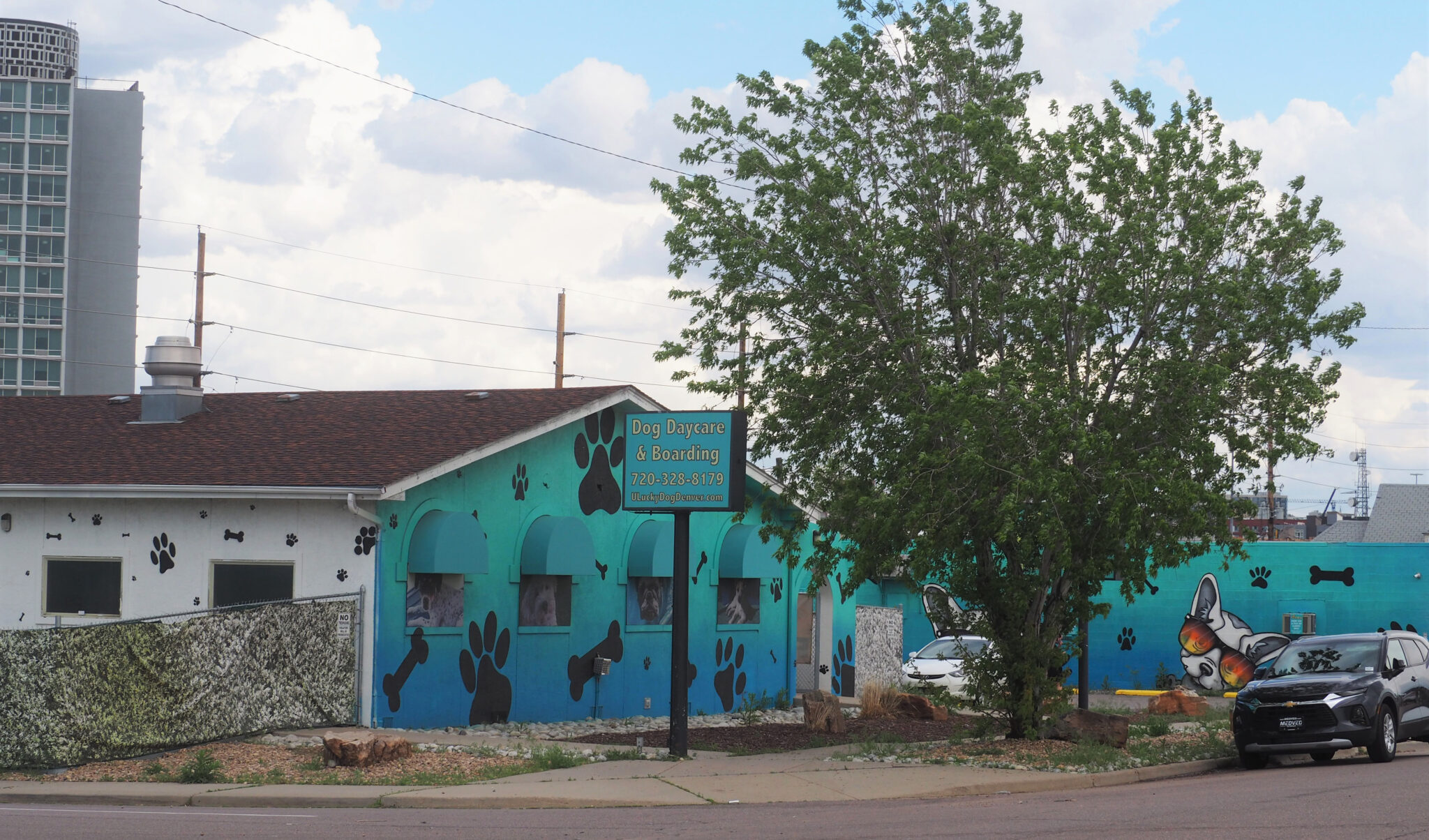 A block in Globeville where a doggy daycare used to operate will be turned into a roughly 210-unit residential complex if the city rezones the property.

Denver-based Central Street Capital, founded by health care entrepreneur Rob Salazar, is developing the project in the 4000 block of Fox Street, according to plans filed with the city.

The 1.08-acre site — a short walk from RTD’s 41st and Fox rail station — needs to be rezoned by the City Council, having received Planning Board and committee approval already. The City Council will consider the matter this summer.

“We’re working through final unit counts still,” said Isiah Salazar, son of Rob Salazar. “We’re going to have at least 10 townhomes on the first floor, might combine two smaller townhomes into a bigger one. It’s so early we haven’t decided if those are for rent or sale.”

Salazar expects the project to run seven stories and around 250,000 square feet, including parking and retail.

“3,500 square feet for retail on the corner of 41st and Fox,” Salazar said. “We don’t have any prospective tenants yet, but we’ll have a retail spot on the first floor.”

Architectural Workshop is the project architect. A general contractor hasn’t been selected.

Central Street Capital owns a number of other properties in the neighborhood, including the old Regency Hotel that it converted to student housing and operates itself, and other student housing complexes in the area.

“We’re also working with (the Department of Housing Stability) on building some affordable units within this project,” Salazar said.

He said the company has been assembling the parcels since 2006. He said the total purchase price has added up to about $1.9 million.