CloudKitchens’ second Denver facility will be in the Goldsmith neighborhood near the I-25/Evans Avenue interchange. (Lucy Peterson photo)

CloudKitchens is quietly expanding its footprint in Denver.

The tight-lipped “ghost kitchen” company backed by Uber co-founder Travis Kalanick is getting ready to open a second location at 2171 S. Grape St. near the I-25/Evans Avenue interchange, according to permit filings.

CloudKitchens opened its first Denver facility at 810 Vallejo St. in Lincoln Park in January. A tenant told BusinessDen Tuesday that businesses there have been informed of the planned location in the Goldsmith neighborhood, and that a Boulder location is also in the works. 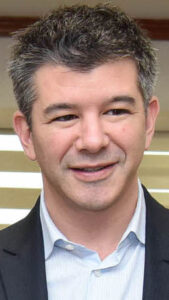 Ghost kitchens are facilities where restaurants prepare food exclusively for delivery. Permit documents for the new location indicate there would be 25 kitchen spaces, with walk-in coolers and pantries.

An employee of CloudKitchens’ parent company City Storage Systems, whose contact information was included on the permit filings, did not respond to a request for comment.

The 8,116-square-foot building was purchased by 2171 S. Grape Street Den LLC in January for $1.26 million, according to property records. That entity lists the same Los Angeles address as the entity that owns the Lincoln Park CloudKitchens location.

CloudKitchens isn’t the only ghost kitchen company in Denver. Nextbite Brands, whose food concepts include Monster Mac and Mother Clucker, leased space in Riverfront Park in 2019. And ChefReady opened in the Overland neighborhood last summer with 10 kitchen spaces.

Individual restaurant operators, like Indulge Bistro & Wine Bar owners Peter and Delinda Fatianow, have also entered the space. The couple have launched delivery-only brands from the kitchens of their four Indulge restaurants, and recently signed a lease within CloudKitchens’ existing facility.

CloudKitchens is a major player in the industry, even if the extent of its operations have been challenging to pin down.

No CloudKitchens locations or employees are listed on the company’s website. A CloudKitchens representative said the company is “building in stealth, and don’t like to talk to the media” when BusinessDen previously reached out.

Kalanick resigned as Uber CEO amid controversy in 2017, and subsequently acquired a majority stake in City Storage Systems for $150 million.

The company focuses on repurposing distressed real estate, such as parking lots or abandoned commercial buildings, and turning them into spaces suited for new industries.

CloudKitchens’ second Denver facility will be in the Goldsmith neighborhood near the I-25/Evans Avenue interchange. (Lucy Peterson photo)

CloudKitchens, which has operated in Lincoln Park since January, plans to open a spot at 2171 S. Grape St. near the I-25/Evans Avenue interchange.