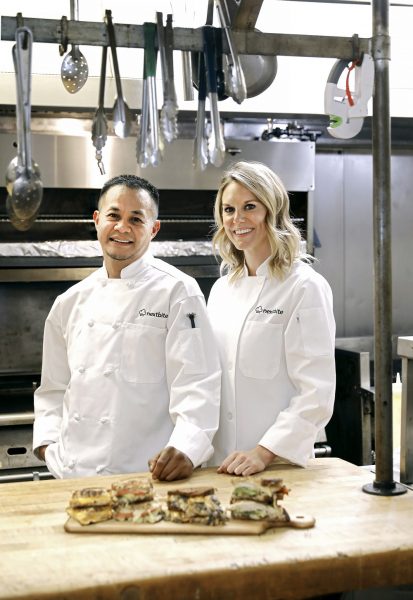 Riverfront Park is getting a ghost kitchen.

The company plans to use the space as the main kitchen for its delivery-centric operation supplying customers ordering items through apps such as GrubHub and Uber Eats — a model often referred to as a “ghost kitchen” or “virtual restaurant”. The space also will serve as an R&D facility as the company prepares to franchise its menus to existing eateries.

“Ghost kitchens are becoming a thing, especially in places in Chicago and New York City,” said Jenn Hier, Nextbite co-founder. “But not only do we test the menus at the Denver location and sell them in Denver, we take our concepts and franchise them across the nation. In terms of the marketplace, we’re the first to do something like that.”

Nextbite launched in October and has three restaurant concepts: Monster Mac, Grilled Cheese Society and Mother Clucker. Each concept has its website, which looks similar to one for a traditional brick-and-mortar restaurant. But the entire menu for each concept is prepared at the same place — right now, the back of J.L’s Cheers Pub in southern Denver — and available only through delivery apps.

Nextbite eventually plans to run 15 different restaurant concepts out of its new kitchen, which Hier said could be operating next month.

The front of the new space, typically reserved for diners, will be where delivery drivers come to pick up food. There also will be self-ordering kiosks for walk-in diners to order food to go. Three kitchen staffers will prepare meals in the back.

A secondary component of Nextbite’s business will be franchising its restaurant concepts to existing eateries. Hier said Nextbite has five franchise agreements in place with businesses in Los Angeles, New York, Minneapolis and Boulder, though none have launched. She declined to name the Boulder restaurant, but said it will offer both the Grilled Cheese Society and Monster Mac concepts. 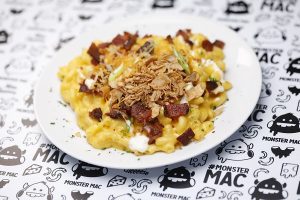 The Loaded Beast, a menu item from Monster Mac.

“Nextbite is the umbrella company, and when a restaurant buys in, they can turn on any concept that works with their kitchen,” Hier said.

The appeal of adding a Nextbite concept to an existing business is similar to the appeal of operating an individually owned ghost restaurant, such as low overhead costs and a smaller staff, Hier said. But Nextbite’s model allows for existing business owners to operate delivery-only concepts out of an established kitchen, using its current space, equipment, ingredients and staff.

“Any commercial kitchen that has extra capacity can get access to our concepts,” Hier said. “Whether they’re looking for supplemental income or trying to fill slow times, it’s a solution for the restaurant industry.”

Each Nextbite franchisee gets radius protection per concept, Hier said, preventing a nearby restaurant from offering the same menu. Franchisees pay an upfront fee of $2,000, and can generally launch their virtual concept within 30 to 60 days, according to Nextbite. The company takes an 8 percent royalty on revenue, and franchisees remit another 2 percent to an advertising fund.

Nextbite’s model is somewhat similar to ClusterTruck, an Indiana-based delivery-only restaurant that already has a presence in Denver. ClusterTruck staff, however, deliver its food themselves. And the company isn’t looking to partner with existing restaurants.

Another similar concept called Kitchen United, also has said it plans to launch in Denver by the end of the year. The 2-year-old startup operates large facilities, where 10 to 20 kitchens cluster together with a shared support staff and parking for third-party delivery drivers.

Kitchen United’s website describes the business as a “virtual food hall,” where restaurant owners who can’t facilitate delivery at its current brick-and-mortar can rent one of the kitchens and offer delivery from there. The company currently operates facilities in Chicago and Pasadena, California.

Kitchen United bagged a $10 million investment last year, and said at the time it would be used to fund its expansion into Denver, as well as Los Angeles, Atlanta, Phoenix, Seattle, New York City and Columbus, Ohio, by the end of 2019.

Uber Eats also is encouraging existing restaurants to open a “virtual restaurant” available only through the delivery app. The company said in a blog post earlier this year that “we can use data to help you identify what’s in-demand in your area.”

“Since it won’t appear to be associated with your dine-in restaurant, your virtual restaurant can provide a stress-free way to introduce new menu items, giving you more freedom to experiment with your dishes,” the post reads. 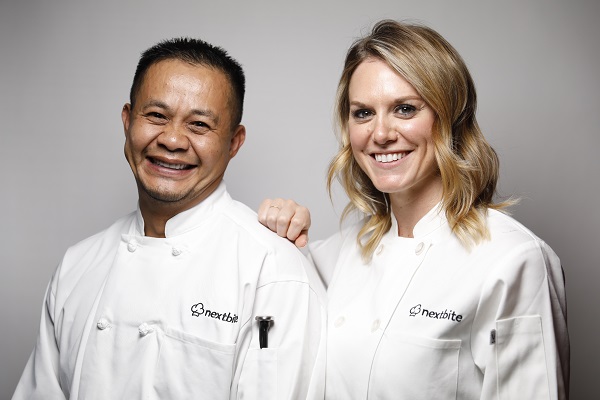