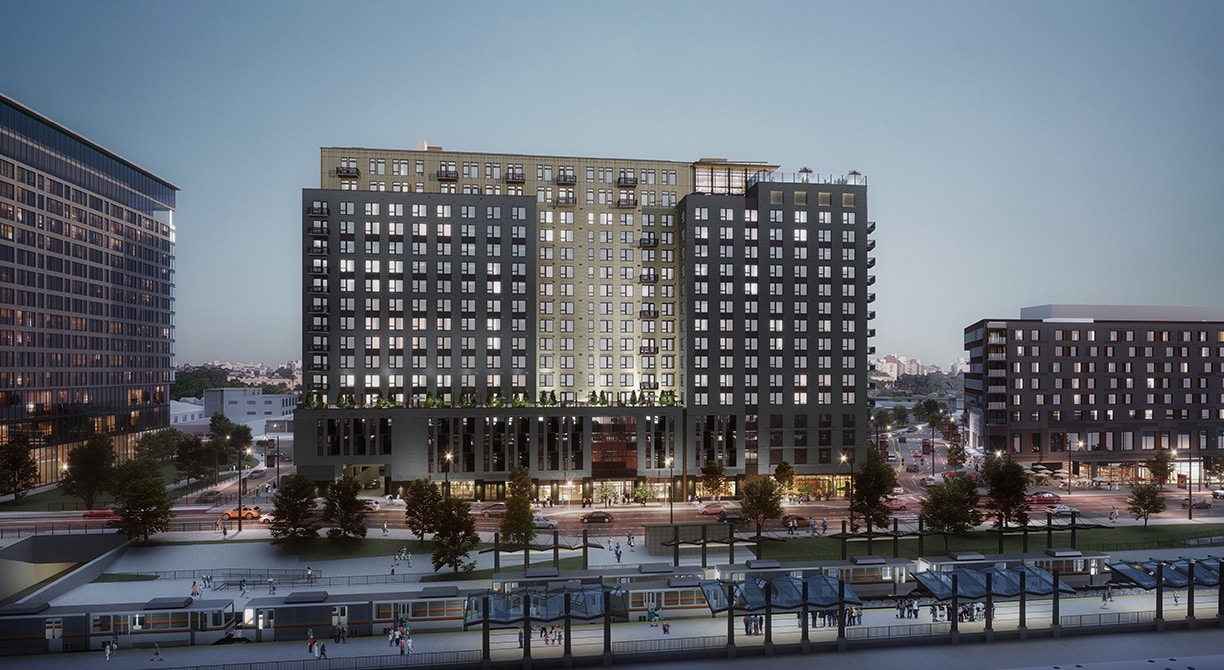 A rendering of the FoundryLine apartment building at 3750 Blake St. (Images courtesy of McWhinney)

Another construction site in RiNo is about to get going.

McWhinney, the development firm with offices in Denver and Loveland, said Monday that it will break ground this month on FoundryLine, its 17-story apartment building at 3750 Blake St.

The 0.92-acre site is across the street from RTD’s 38th and Blake rail station. McWhinney is developing the project in conjunction with PGIM Real Estate, part of Prudential Financial.

McWhinney purchased the property in 2019 for $6.5 million from the Urban Land Conservancy, a Denver-based nonprofit.

The company is taking advantage of a city zoning overlay district, which allows developers to build higher than zoning would normally allow in exchange for incorporating income-restricted housing. McWhinney is then going above the number of units required by the district, as part of a deal it struck with ULC in exchange for a lower purchase price in 2019.

In total, FoundryLine will have 348 apartments, according to McWhinney. Thirty of them will be restricted to those making 80 percent or less of the area median income. 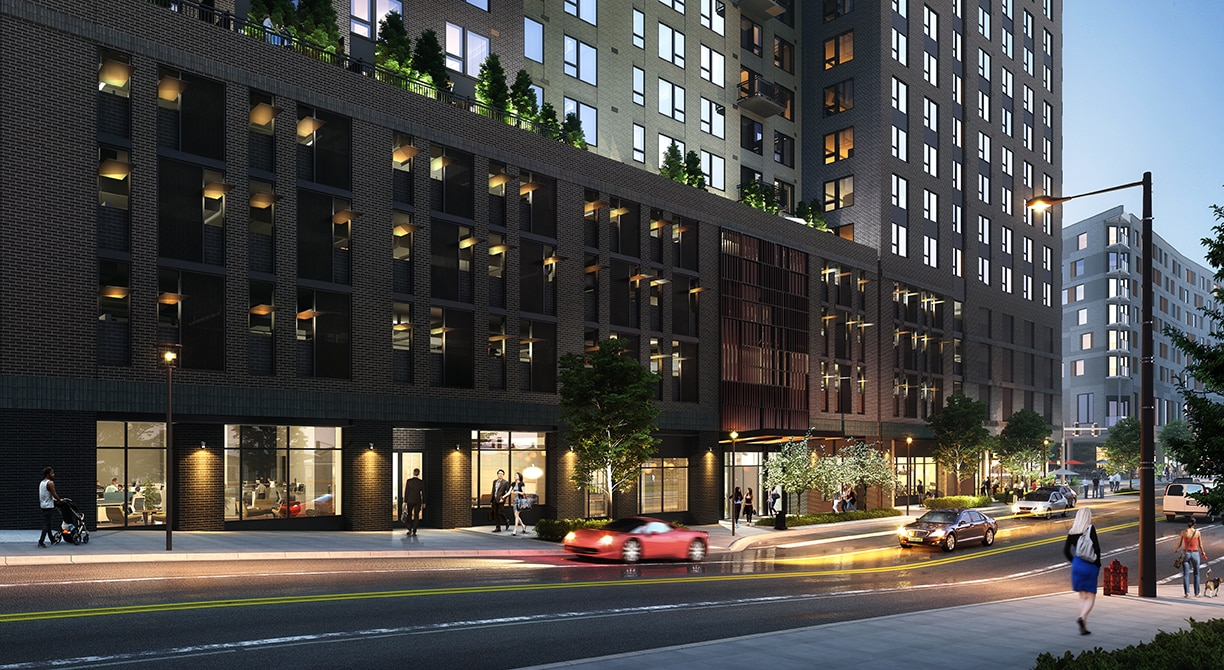 The FoundryLine building will have 14,000 square feet of ground-floor retail and restaurant space.

Amenities will include a rooftop pool and fitness center on the 16th floor.

McWhinney already built one apartment building on the other side of the 38th and Blake station, although that one, at 3609 Wynkoop St., only has 84 units. McWhinney sold it for $23 million in late 2019.

More recently, the firm bought a hotel near Union Station in late 2020 for $38.5 million.

A rendering of the FoundryLine apartment building at 3750 Blake St. (Images courtesy of McWhinney)