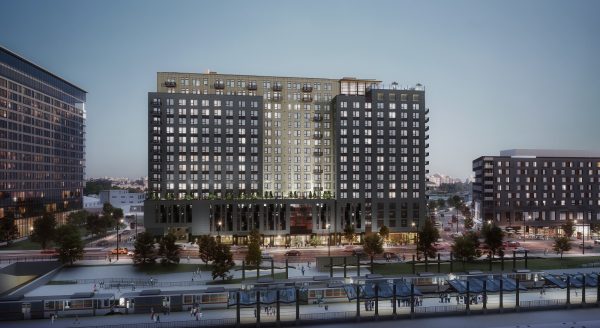 A rendering of the future apartment complex. (Renderings courtesy McWhinney)

A developer planning a 17-story, 348-unit apartment complex across the street from the 38th and Blake commuter rail station in RiNo has purchased the land.

David Jaudes, the firm’s vice president of multifamily development, said the project will bring “a Union Station feel to the neighborhood.”

“There are no other true concrete high rises in RiNo yet,” he said.

The area around the rail station is in a zoning overlay district that allows developers to build higher than zoning would typically allow if they meet certain standards regarding income-restricted housing. Jaudes said that, to be allowed to build 17 stories by the city, the company had to agree to incorporate 19 income-restricted units.

Jaudes, however, said that the planned apartment complex will incorporate more than that, because the company worked out a deal with the seller of the property — the nonprofit Urban Land Conservancy — to pay a lower price in exchange for upping the affordable component. The company ended up paying $159 a square foot.

The Urban Land Conservancy owns a lot just across the alley, at 3789 Walnut St., where it and development partner Medici Consulting Group are building a five-story apartment complex with 66 units, all of which will be income-restricted, to tenants making no more than 60 percent of the area median income.

Partner Medici, however, was rejected twice by the Colorado Housing and Finance Authority (CHFA) when it applied for tax credits for that project, she said. The first time, the agency suggested the company apply for a different type of tax credit. The second time, the project seems to have lost out to another project, Bustos said, since competition is typically fierce for the tax credits.

Following the rejections, ULC opted to split its holdings into two lots. It applied successfully this time for tax credits for the Walnut Street Lofts project and began working the deal to sell the other site to McWhinney.

Bustos said the deal with McWhinney calls for the developer to include at least 30 income-restricted units, 11 more than required by the city’s zoning overlay. She said ULC was originally negotiating with the developer to locate its offices in the building but abandoned that in favor of additional affordable units.

Bustos said the money from the sale “will allow us to do additional units throughout the Denver metro area.” 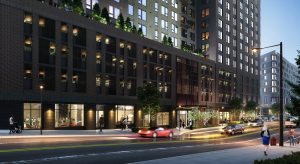 The goal is to break ground on the project later this year.

“We could have sold this many times over with everything happening in this area,” Bustos said. “But our main goal was to bring affordable housing to the area.”

Jaudes said the goal is to break ground on the apartment complex later this year. Construction is expected to take 29 months.

The complex is slated to have retail on the ground floor, and amenities for residents will be concentrated at the top of the structure, including a rooftop pool.

The area around the 38th and Blake station has been poised for major development even since the early 2018 implementation of the zoning overlay district, but things have recently been heating up. Denver-based developer Formativ has brought on development partners for its World Trade Center Denver project, and said it expects to bring ground in the fourth quarter. Multifamily developer Crescent Communities, meanwhile, is under contract to buy a 2.7-acre site, and submitted plans earlier this month for a 475-unit apartment complex. 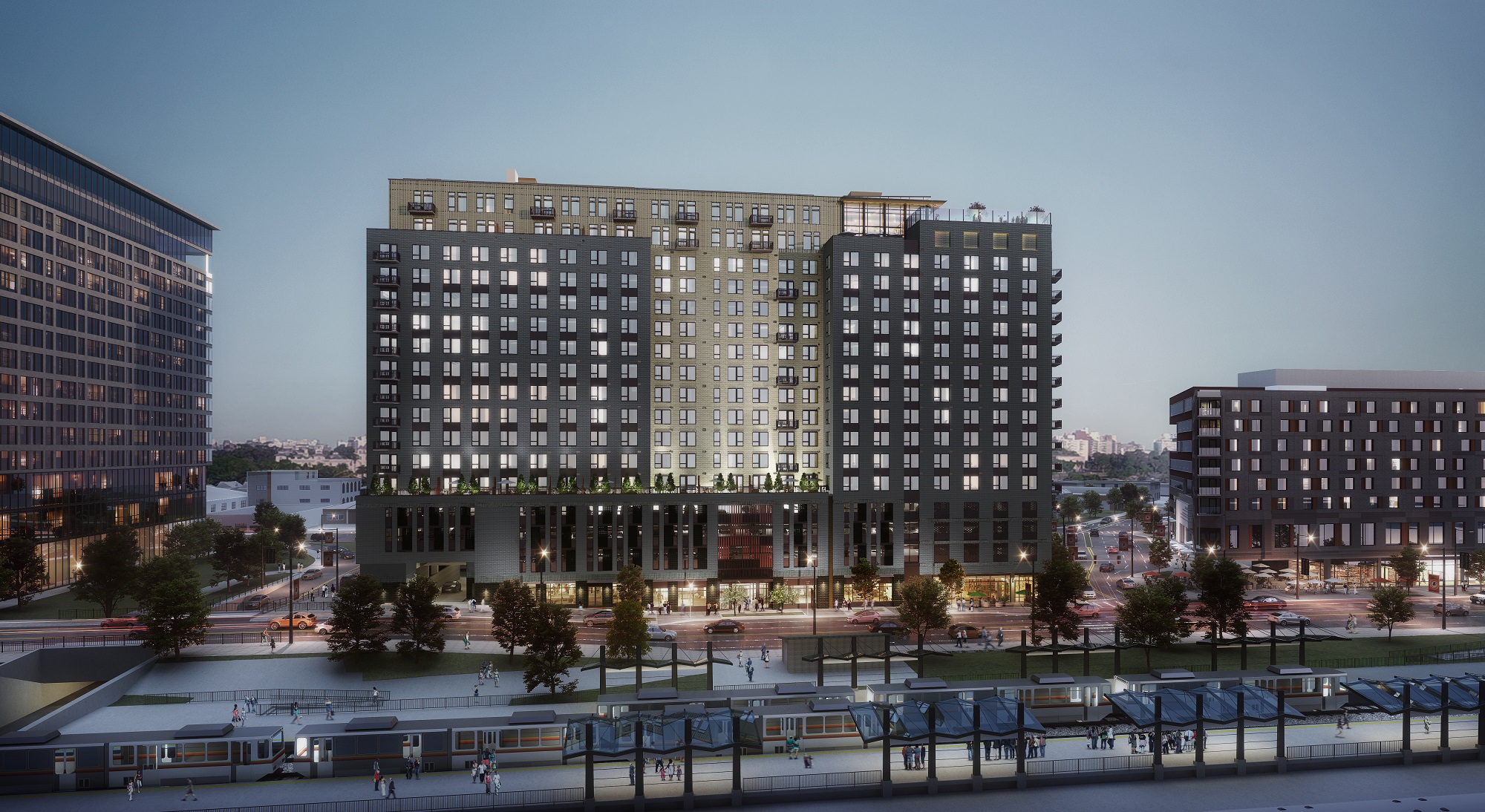 A rendering of the future apartment complex. (Renderings courtesy McWhinney)

The company reached a deal with the seller that will see it incorporate more income-restricted units than required by the city’s zoning overlay district.