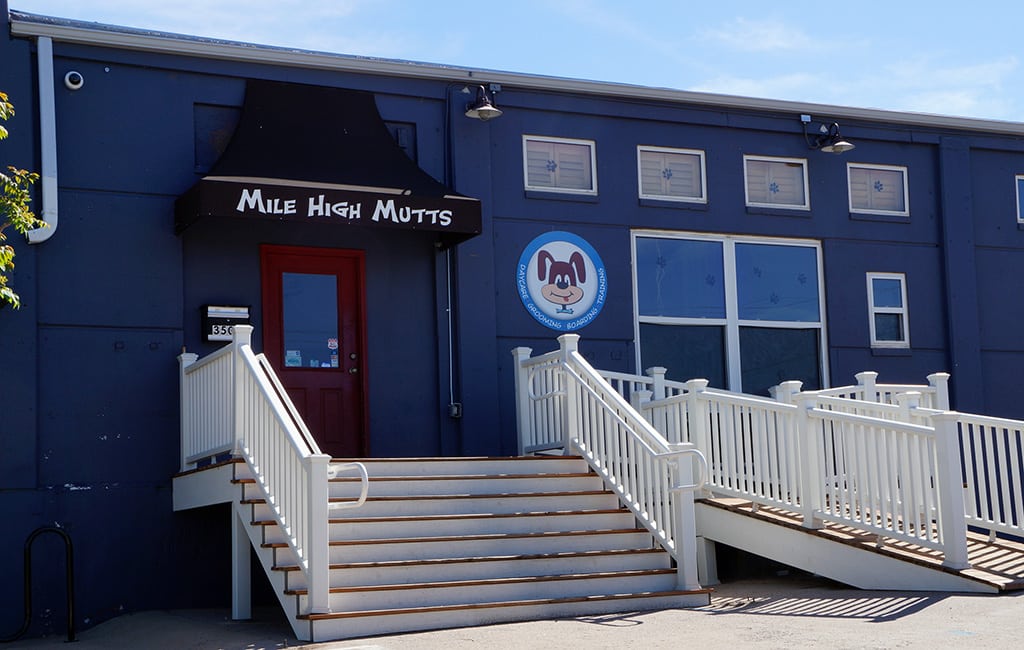 A 12-story apartment building at 35th Avenue and Chestnut Place is planned to replace the former home of dog boarding facility Mile High Mutts, which closed in 2018. (BusinessDen file)

Another planned condo project in Denver will instead be looking for renters.

A 12-story building on tap for the corner of 35th Avenue and Chestnut Place, dubbed Flora, is now going to be apartments, according to Edee Anesi, a member of the project’s development team.

The decision mirrors one made last year by Golden-based Confluence Cos., which nixed the for-sale component of its Zia Sunnyside project while mid-construction.

Anesi said groundbreaking for a condo building was originally expected last July. But when the coronavirus pandemic set in, the development team put the project on pause given the economic uncertainty at the time.

“During the pause we decided to go to apartments,” Anesi said.

Anesi is developing the 92-unit project with her father Greg Anesi and Brock Fleming of Belay Development. The three of them previously developed the apartment building Lumina at 3234 Navajo St. in LoHi. Also on the development team for Flora is Brad Arguello, who helped create food halls Avanti Food & Beverage and Broadway Market.

Anesi said the team is able to get more favorable financing terms for an apartment project. And “the condo market right now is pretty tough,” she noted. The boom in the residential housing market in Denver and nationally over the past year has largely revolved around single-family homes.

Condos are seen as more attainable to first-time buyers than single-family homes, given their generally lower price point. But headwinds when it comes to building them predate the pandemic. Developers in recent years have shied away from building condos because of fear of litigation, although the state legislature has tried to address those concerns.

Anesi and her partners are also “typically a longer-term hold development team,” she said. They still own Lumina, which was completed in 2015. So she said she sees upside in the fact that the group will continue to own Flora after it’s completed.

Anesi noted a city park is in the works across the street from Flora.

“That little pocket of RiNo is going to be pretty magical,” she said.

A 12-story apartment building at 35th Avenue and Chestnut Place is planned to replace the former home of dog boarding facility Mile High Mutts, which closed in 2018. (BusinessDen file)

Developer Edee Anesi said the decision to go after renters instead of buyers was made because "the condo market right now is pretty tough."