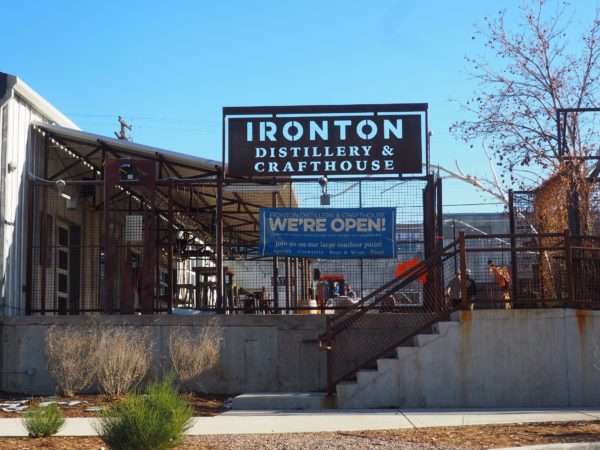 Ironton Distillery in RiNo, which opened in 2018, has sold for $6.1 million. (Thomas Gounley photo)

Update (11 a.m., 11/12): Following publication of this story, Centennial-based Global Pacific Properties said in a press release that it had purchased the property.

Global Pacific said Ironton Distillery has leased back the property and will continue to operate. The firm said its long-term plans involve redeveloping the property and partnering with Ironton to incorporate a distillery pub on the first floor.

“As a family-owned business similar to ours, Global Pacific was great to work with and this disposition enables us to focus on the Ironton brand and growth in coming years,” Ironton’s Lance Peterson said in a statement.

Global Pacific’s other holdings include the Spectrum office building at 1580 Lincoln St. and the Neusteters building and parking garage along Stout Street between 15th and 16th streets, according to the firm’s website.

The purchasing entity lists an office address in Castle Rock.

The property was sold by Delgany Ventures LLC, which purchased it in February 2017 for $5 million. Lance Peterson signed the documents on behalf of the seller; he is the father of Ironton Distillery’s co-founder Kallyn Romero, according to previous BusinessDen reporting.

Contacted about the sale, Romero declined to comment on behalf of both Ironton and Peterson. The distillery opened in August 2018.

Delgany Ventures LLC previously sold some adjacent real estate. Schnitzer West and Denver-based partner Craft Companies paid $6 million in early 2019 for the site of their planned office building The Current in the 3600 block of Delgany Street. That project has yet to break ground.

Ironton Distillery in RiNo, which opened in 2018, has sold for $6.1 million. (Thomas Gounley photo)