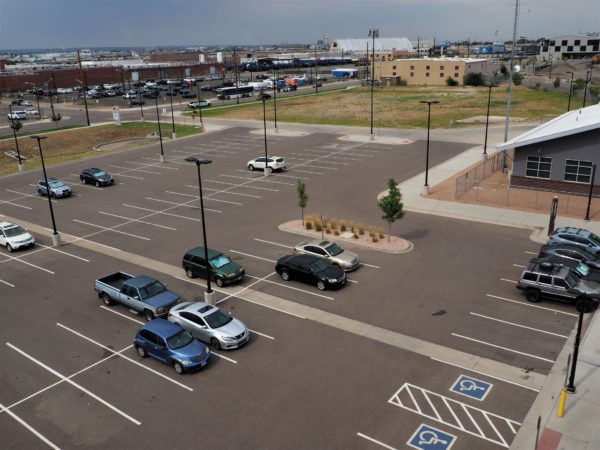 An Atlanta-based developer envisions three buildings on what is now a surface parking lot by the 38th & Blake rail station owned by the Regional Transportation District.

Portman Holdings, which developed Union Tower West, the office-and-hotel building at 1801 Wewatta St., submitted a concept plan to the city last week for the RTD park and ride lot at 3800 Wynkoop St.

The company did not respond to a request for comment. Chessy Brady, RTD’s transit-oriented development manager, told BusinessDen that Portman’s development proposal was unsolicited. In other words, the agency did not put out a request for proposals from developers.

RTD outlines the procedure it follows after receiving unsolicited proposals on its website. If Portman’s plans continue to move forward, RTD will at some point publish a request for alternate proposals, which would allow other companies interested in the property to vie for it.

Brady said the nature of how Portman could take control of the site hasn’t been determined, but that RTD’s board “has expressed a strong preference for ground leases.” In that case, the agency would continue to own the land while the developer would own the structures built on it.

About half of the 3800 Wynkoop St. parcel is the existing parking lot; the remainder is grass. A pedestrian bridge connects the lot to the station, which is on the other side of the tracks.

The plans call for a 16-story office building to be built at the southern edge of the site along 38th Street. It would have 297,800 rentable office square feet between the sixth and 16th floors. The first floor would feature a lobby, and about 10,000 square feet of retail space, as well as some parking. In all, there would be 592 parking spaces between the first and sixth floors, as well as two underground levels. 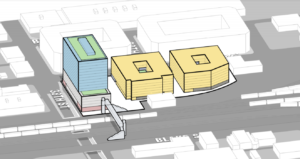 A drawing showing the mass and context of the proposed structures. (Public records)

The other two proposed buildings, built further north along Wynkoop Street, would be seven-story residential buildings. Between them, there would be 350 units and another 350 parking spaces.

The site’s current zoning tops out at eight stories, but an overlay district approved by the city in 2018 allows for developers to build up to 16 stories if certain requirements regarding income-restricted housing are met. The plans indicate that 31 of the residential units, or 9 percent, would be income restricted.

Of the 987 total parking spaces, 186 are designated in the plans as RTD parking — an apparent effort to ensure that the site could still function as a park and ride. The document also suggests that the total number of spaces could go down.

“It is the project’s intent to work with RTD to consider a comprehensive parking solution within the system,” the plans state. “With the density and alternatives available, lowered parking counts or shared parking with non-commuter uses could allow parking reductions at the site. The station’s position only one stop from Union Station suggests that it is not a car-centric location.”

The parking lot is in the center of RiNo’s development boom, which the overlay district was intended to encourage.

On the west side of the tracks, where RTD’s parking lot sits, a residential developer paid $36 million last year for two blocks of parking lots that have been used by Pepsi. A 15-story parking lot has been proposed at 3753 Wynkoop St. And a host of other projects are under construction or in the planning stages further down Brighton Boulevard.

On the east side of the tracks, where the rail station is, office complex The Hub has been completed, and a seven-story hotel is under construction, among other projects. 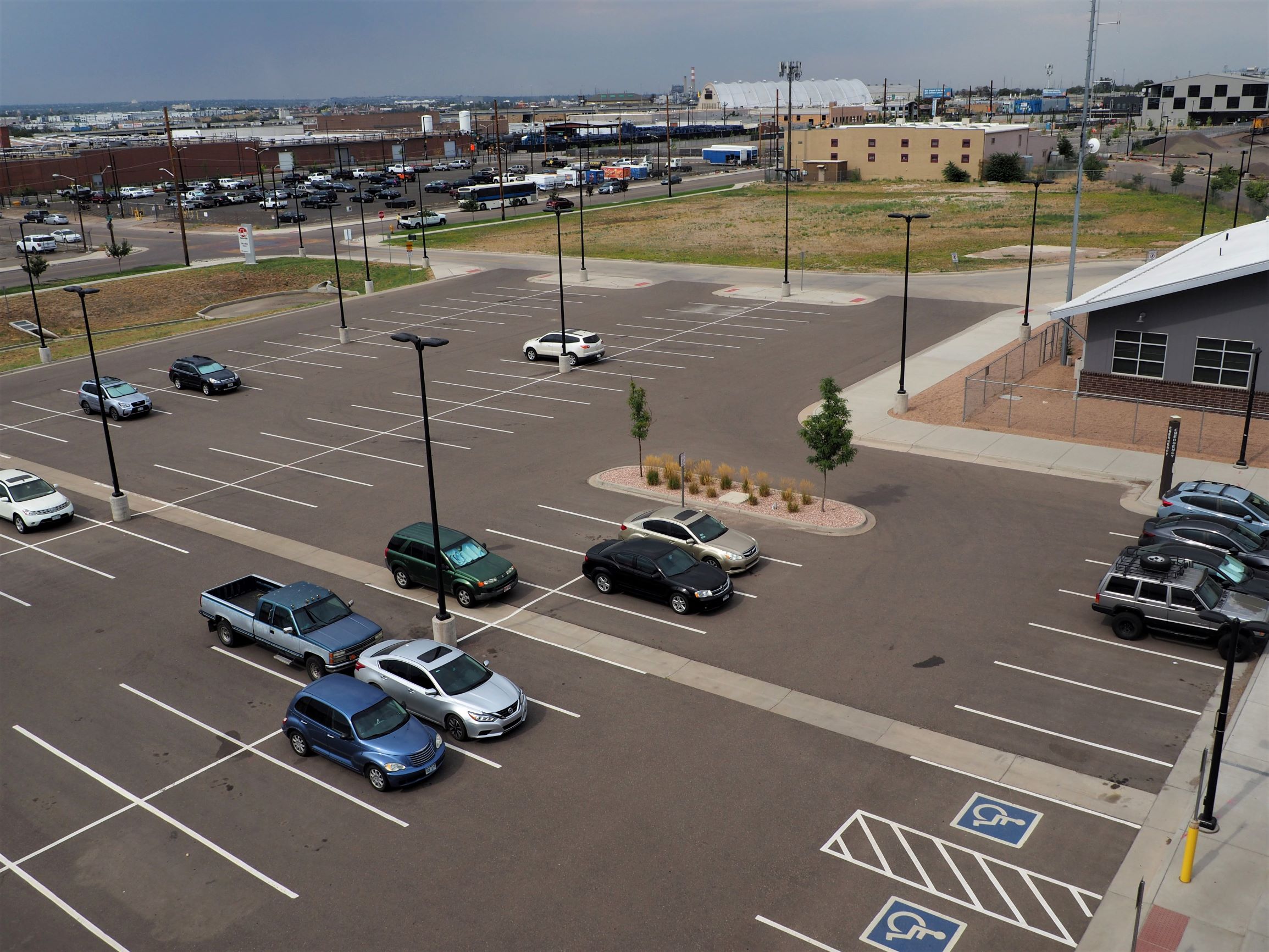