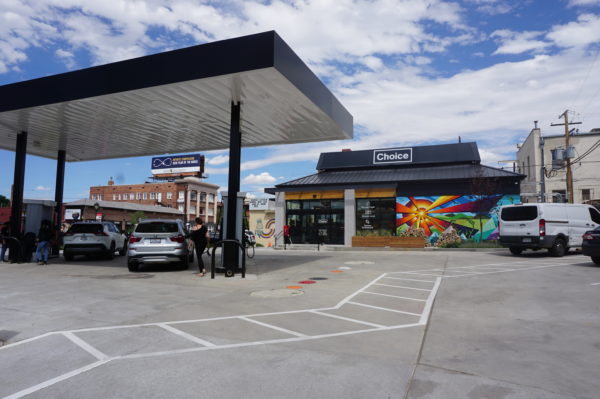 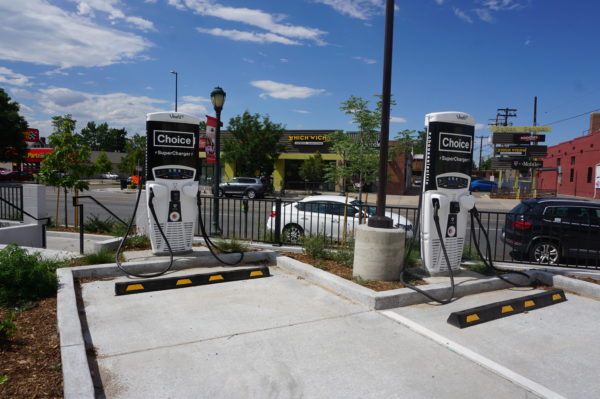 “This was always going to be the evolution for Choice Market,” CEO Mike Fogarty said. “We’ll have multiple formats just like any other c-store, and on Colfax, you see 50,000 cars a day, so this was the perfect location to add pumps, and it had the zoning for it.”

Choice Market partnered with St. Charles Town Co., which purchased the property, formerly home to a Chinese restaurant, for $1.45 million in September 2018.

The company, which bills itself as combining “the product selection of a natural market and fast-casual restaurant with the transaction times and footprint of a traditional convenience store,” already operates downtown at 1770 N. Broadway and at 1015 Osage St. in Lincoln Park.

In addition to fuel pumps and electric car superchargers, the 2,700-square-foot Colfax location will feature a new digital component. Starting Aug. 14, customers will be able to download a Choice Market app to order items ahead of time or for delivery. Choice Market has hired delivery drivers who will use electric cars and bikes to drop off purchases. 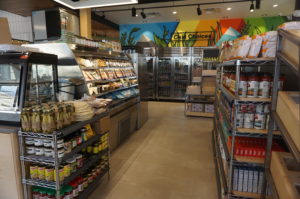 “Product selection leans a little more grocery because we are in more of a neighborhood setting, so we have things like fresh seafood, an extensive beer selection, and a lot more home and health items,” Fogarty said.

Choice Market also has a fourth location in the works, on the ground floor of Parq on Speer apartment building at 909 Bannock St. in the Golden Triangle.

Fogarty said he plans to open the new 4,500-square-foot space in November or December, and it will feature frictionless technology, where customers can download an app, enter their payment information and scan the app to enter the store, then just walk out when they’re done. Ceiling cameras and shelf sensors will determine what customers have selected to buy, and moments later, an e-receipt will appear on their phone. 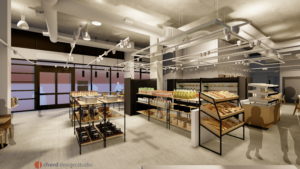 A rendering of Choice Market’s fourth location on the ground floor of the Parq on Speer apartment building. (Courtesy Choice Market)

Choice Market also is looking to open new locations in Boulder, Aurora, Arvada, Littleton and Golden in the next couple of years. This week, the convenience store brand is closing on a Series A funding round of $3.5 million with participation from New York-based M3 Ventures and other private investors.

“In this business, you really have to scale in order to be successful,” Fogarty said. “We’re looking to expand pretty aggressively.”

Other recent changes in the local convenience store market include Kum & Go’s plans for two pump-free locations downtown, and 7-Eleven’s exit from its space in the Sheraton Denver Downtown Hotel building. 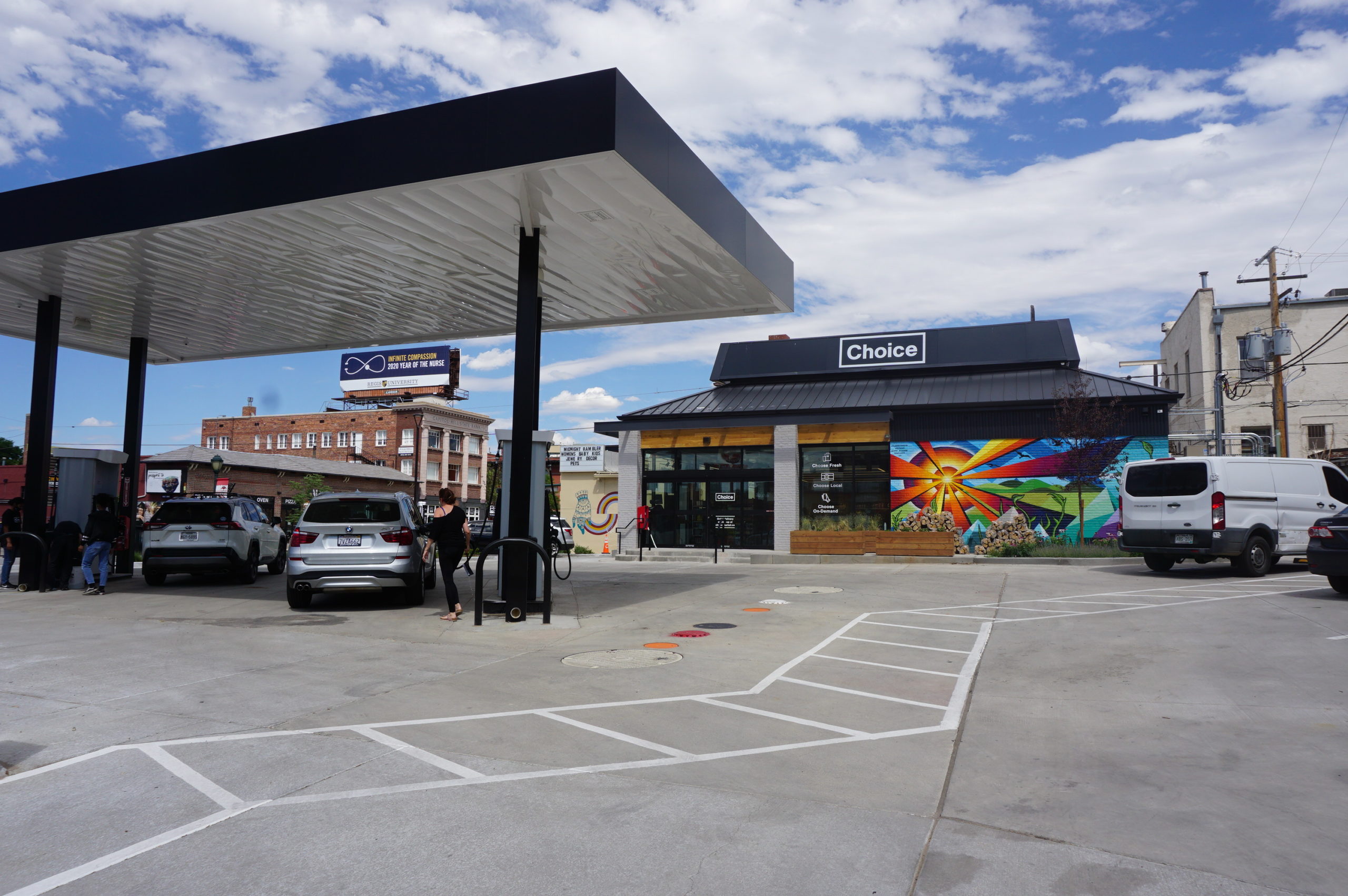 “Product selection leans a little more grocery because we are in more of a neighborhood setting,” said CEO Mike Fogarty.

Quite Awesome! ❤️ that Mike has incorporated electric charging stations, & will be using e cars & bikes to deliver goods products & services!! He gives a care about the planet. A suggestion, as Denver has over 300 days of sunshine, adding solar panels to his existing / future sites.