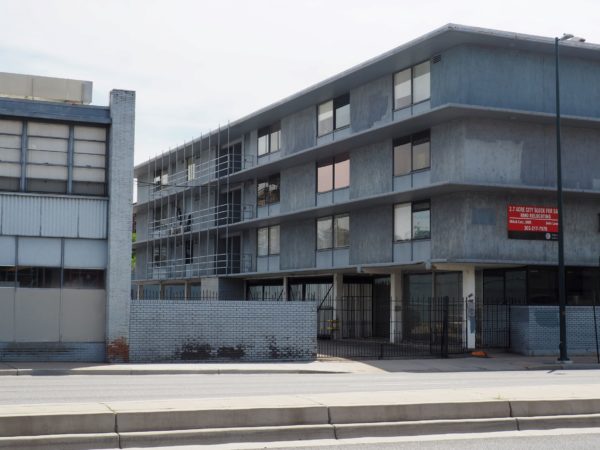 The proposed apartment complex would replace Rocky Mountain Orthodontic’s building at 650 W. Colfax Ave., along with others on the same block. (Thomas Gounley)

A seven-story apartment building has been proposed for a block along Colfax Avenue near Speer Boulevard.

An executive with San Antonio-based Embrey submitted an early-stage development proposal known as a “concept plan” to the city last week for 650 W. Colfax Ave. and nearby parcels. He declined to comment.

The proposed building would take up the entire block formed by Colfax and 14th avenues, as well as Fox and Galapago streets — with the exception of 606 W. Colfax Ave., where The Bank of Denver has a branch.

The parcels add up to about 2.5 acres, according to property records.

There are a number of structures on the site, including the office building at 650 W. Colfax Ave., which is home to dental supply company Rocky Mountain Orthodontics.

RMO CEO Tony Zakhem said the company owns all the parcels. He declined to comment on the development proposal.

Embrey’s submission indicates that the building would have a leasing office facing Colfax Avenue, and parking on the first and second floors. The parking would be wrapped by townhome units facing Galapago, Fox and 14th.

Floor three through seven of the structure would have more apartments.

Embrey is familiar with Denver. The company developed the Luxe at Mile High complex at 3200 W. Colfax Ave., selling it at the end of last year for $145 million. Its local multifamily development portfolio also includes Encore at Boulevard One at 7180 Lowry Blvd. in Denver, Westerly at 8510 S. Oak Circle in Littleton and Canyons at Saddle Rock at 6850 S. Versailles Way in Aurora.

Just west of the site of Embry’s proposed project are several buildings that the city purchased last year. Beyond that is the Denver Diner building, which a developer purchased in 2018. 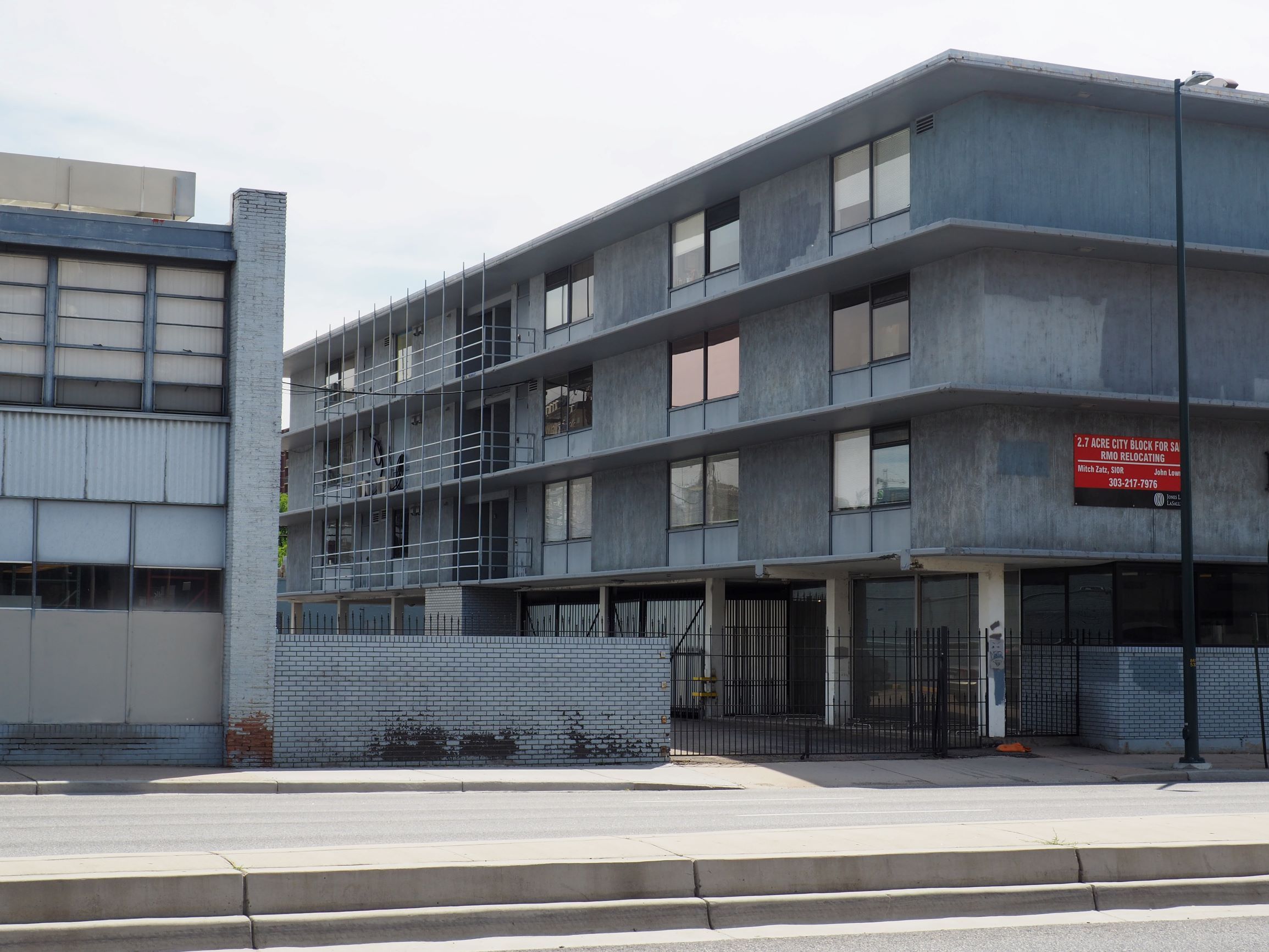 The proposed apartment complex would replace Rocky Mountain Orthodontic’s building at 650 W. Colfax Ave., along with others on the same block. (Thomas Gounley)

An executive with San Antonio-based Embrey submitted the development proposal to the city last week.