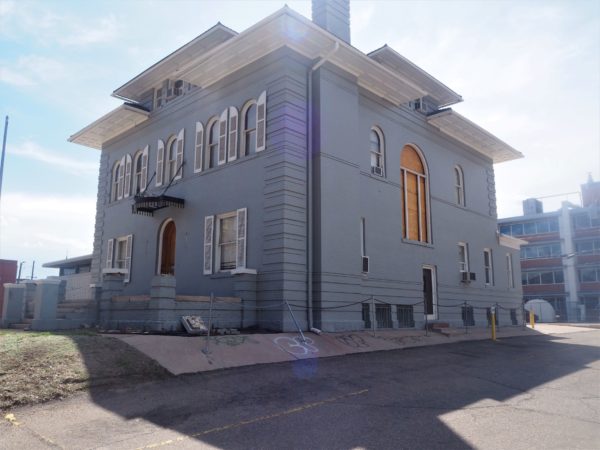 Carmel Partners is bullish on more than just RiNo.

The early-stage development proposal indicates the project would be built at the southwest corner of Logan Street and 16th Avenue. It would replace the structure at 1559 Logan St., as well as the parking lots to the north and south of the structure.

Carmel does not yet own the site. Two of the parcels are owned by Pearl Land Co., according to property records, while the building and southern parking lot are owned by Michael Hall, chairman emeritus of Denver-based Hall & Hall.

Because of zoning and view plane restrictions, Carmel’s proposed structure would be 12 stories tall at its northern end, but would step down to eight stories on its southern end, according to the plans.

The project would have 281 units averaging 757 square feet, the plans show. There would be 280 parking spots, including two levels of underground parking. Stantec drew up the project plans.

Carmel Partners paid $30 million in 2018 for a site in the 3300 block of Brighton Boulevard, and has since broken ground on a large apartment complex there. The company paid another $36 million last June for 3.77 acres of parking lots further down Brighton Boulevard, across from the Pepsi bottling plant.

Carmel also has developed several other properties in the broader Denver area, including Pearl DTC, which it sold for nine figures in 2018.

The project would replace the structure at 1559 Logan St., as well as parking lots to the north and south.

Something tells me with the coming pop to the Denver housing bubble, this one is never going to happen.

I’m curious if anyone knows who bought the property. Demolition on the house started today at 1559 Logan St.

Hi Sebastian. Did demolition also begin on the two-story building to the south at 1535 Logan?