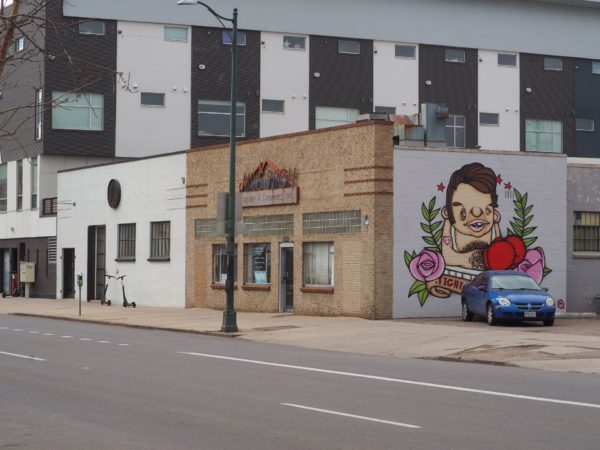 It was a rough summer outside the front doors of Mile High Framing & Services in Arapahoe Square.

There was a murder just around the corner one night, and two people were shot nearby during normal business hours one day.

“I literally have had to walk some of my grown men customers to their cars because they were afraid of the drug dealing out front,” said Chris Gilmore, who owns the business.

The “changing atmosphere” is among the reasons — along with a 43 percent jump in her property taxes, and a desire to reduce her commute — that Gilmore is moving her business to Lakewood this spring, after 27 years in the 2100 block of Curtis Street. 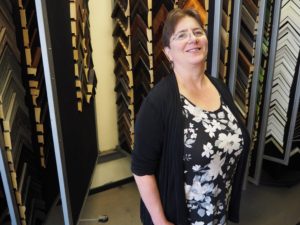 The single-story, 10,000 square-foot building and the 0.1-acre parking lot next to it at 2101-2119 Curtis St. were purchased by Denver-based private equity firm Thermo Cos., acting as Venture Development LLC.

Thermo paid $7 million for an adjacent site last year, and now owns all but one parcel on the west side of the 2100 block of Curtis, 1 acre in all.

Thermo Cos. was founded in 1984 to develop power plants and natural gas assets in Colorado. But the firm now is now more active in the telecommunications and financial services sectors, as well as real estate, according to its website. Thermo’s holdings include Globalstar, a Louisiana-based satellite communications company.

Thermo is led by Jay Monroe, who was a billionaire as of 2014, according to Bloomberg. He did not respond to a request for comment. No redevelopment plans have been submitted to the city for the site.

Mile High Framing has used roughly half the building, and subleased out the remainder.

Gilmore said the business is moving to the Belmar area of Lakewood, but declined to specify the address since she still needs to close on purchase of the property.

In addition to crime, Gilmore said property taxes are a factor in the decision to move. Her latest bill was for $42,000, which she said was a 43 percent jump from the previous year.

Gilmore also said she’s “nickeled and dimed on fees,” including one for having barbed wire atop a fence.

“I’m glad I don’t do bags, because they’ve got the bag fee coming,” she said.

Gilmore also said the Belmar location will be close to her home in Lakewood, reducing her commute and allowing her to more easily help her elderly mother. She said Mile High Framing has until the end of April to vacate.

Elsewhere in Arapahoe Square, Rocky Mountain Public Media is building its new home at the corner of 21st and Arapahoe. Across the street, the land has been cleared for Property Markets Group’s 21-story X Denver 3 apartment complex. And a Texas-based company plans to open a hostel in a building it just purchased for $2.6 million. 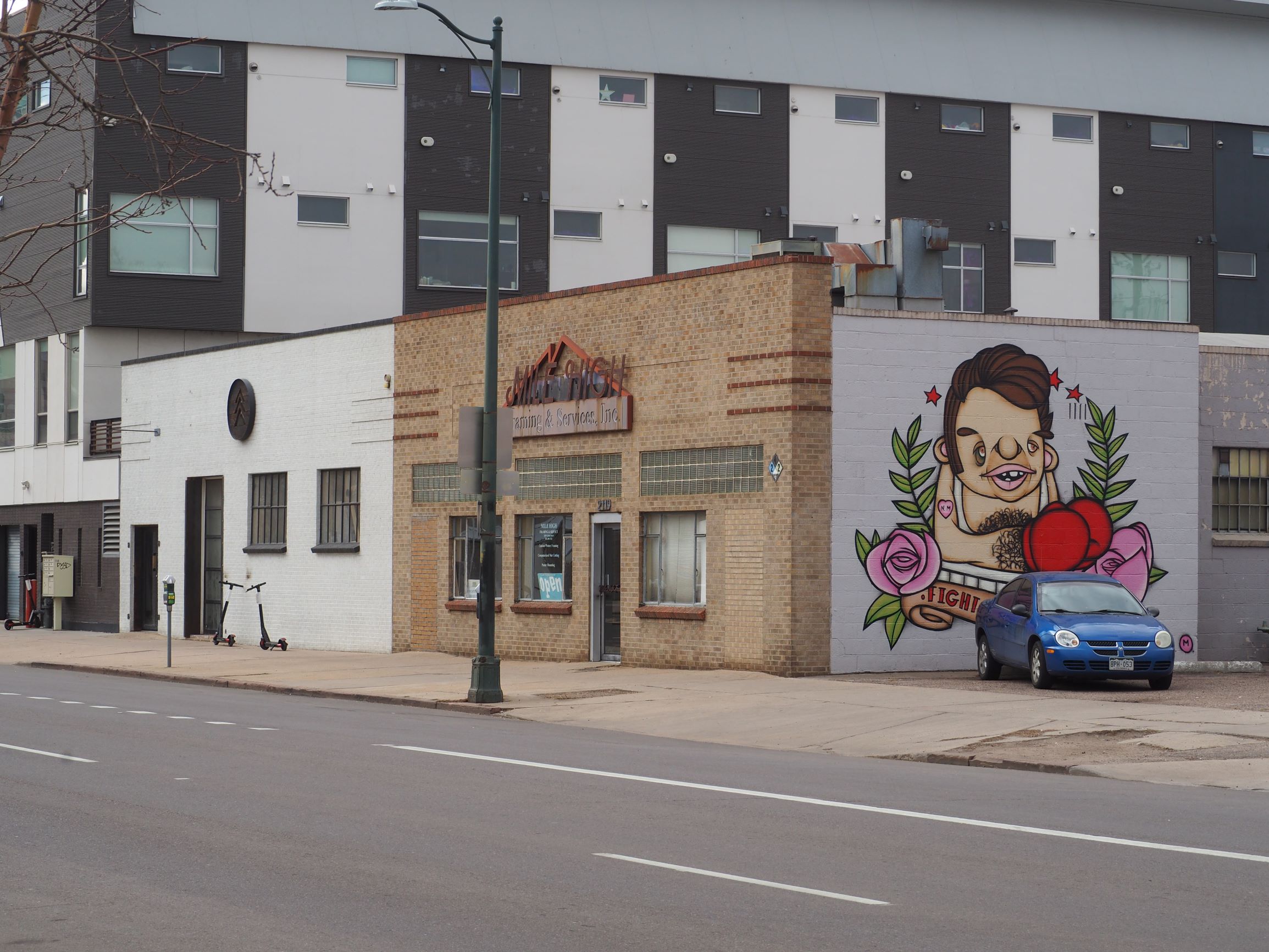 Owner Chris Gilmore said crime and skyrocketing property tax bills, along with a desire for a shorter commute, prompted the decision to relocate to Lakewood.