Love This City, but not its land prices.

The developer who floated a 40-story downtown tower inspired by what is arguably the city’s most prominent mural won’t be buying the site where he hoped to build it.

Michael Eisenstein, founder of Land Capital LLC, confirmed to BusinessDen last week he is no longer under contract to buy the 1.26-acre parking lot at 1901 Arapahoe St. from Buzz Geller’s Paradise Land Co.

The detail was first reported by the Denver Business Journal.

Eisenstein told BusinessDen in June that he was under contract to buy the site for $27.5 million, and shared renderings of a snazzy “Love This City” tower, which took its name from the Pat Milbery mural on the building at 2314 N. Broadway

Last week, Eisenstein said he failed to move forward on the sale because Geller wanted more for the site, in excess of $30 million.

Reached by a reporter, Geller denied the claim, saying the $27.5 million figure was specified in the contract. He said the deal fell apart months ago when Eisenstein failed to make his second installment of payments outlined in the contract.

“He couldn’t come up with the money,” Geller said.

He said he had another interested party waiting in the wings, and the property has been under contract for months to another group.

“We’re very optimistic about these guys,” he said.

Eisenstein, meanwhile, said he hopes to develop the tower at another site.

Geller owns a number of prominent parking lots in Denver. Earlier this year, he sold one, at 650 17th St., for $17.5 million. He’s currently under contract to sell a site in the 1200 block of Santa Fe Drive to a developer planning a five-story residential project. 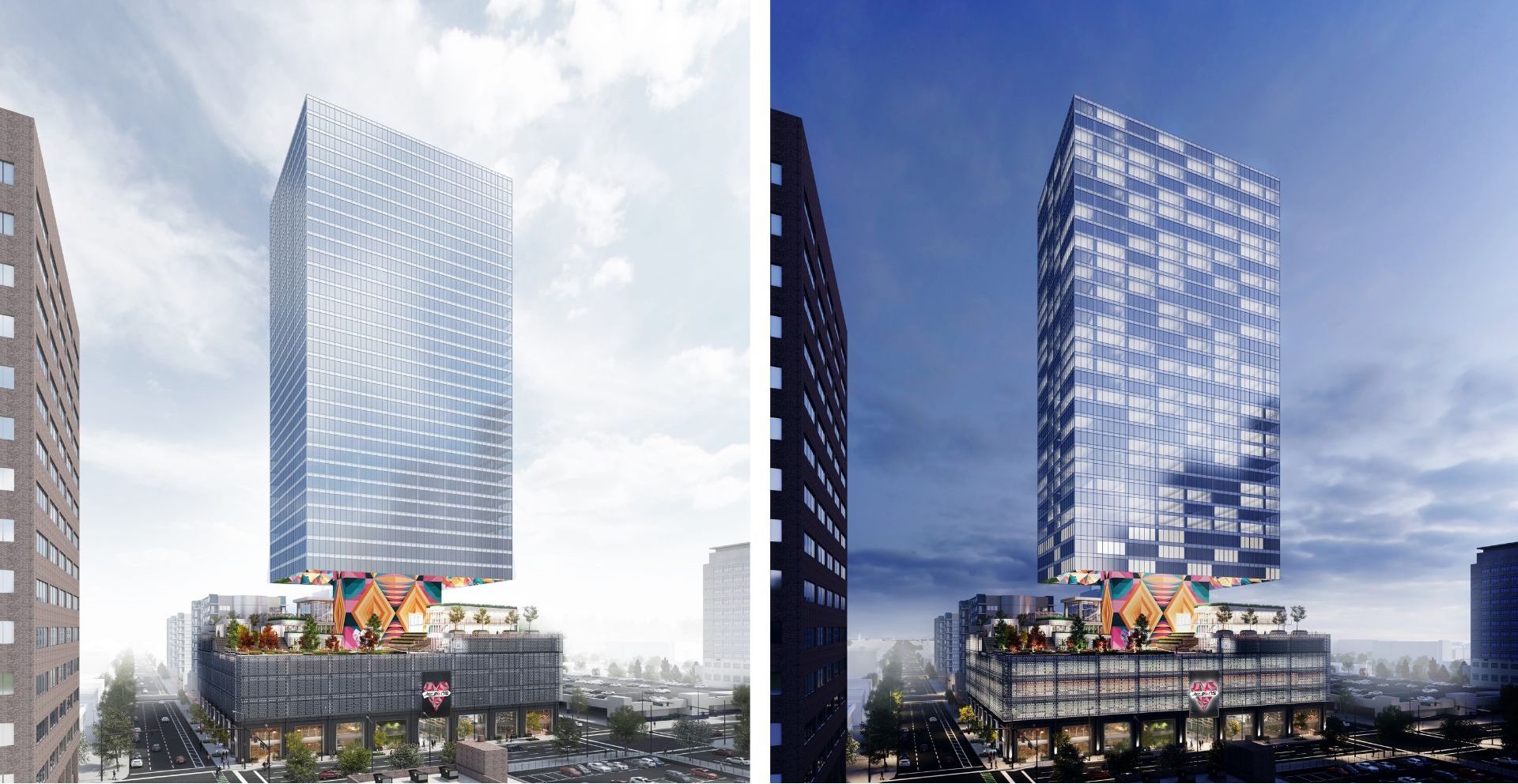