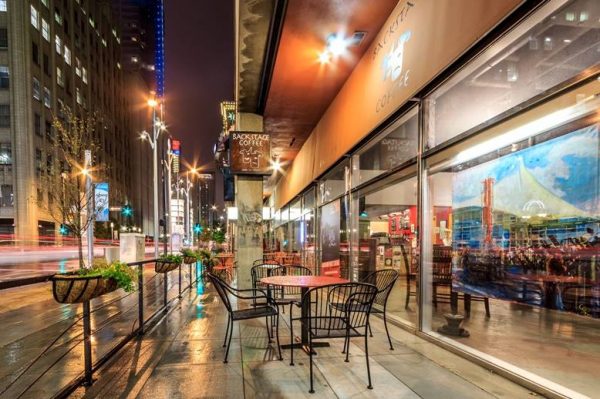 The curtains are closing on Backstage Coffee.

The 13-year-old coffee shop and bar has been evicted from its longtime spot at the 14th Street entrance to the Denver Performing Arts Complex and will close Wednesday.

Backstage announced its impending closure in a Facebook post at the end of last week. The business claimed that its landlord, Denver’s Department of Arts & Venues, was evicting it due to Backstage’s failure to provide sales reports, which Backstage said it never was asked to provide.

“It’s a decision we very much disagree with, but we never got our day in court,” the post reads.

Contacted Tuesday, Brian Kitts, the department’s director of marketing, said the business is behind in rent by $73,391.62.

“The frustrating thing is that they’ve said that it’s more or less a paperwork issue, and it’s just not,” he said. “The city has to enforce its leases across the board. They were served an eviction notice, they appealed it, and the judge ruled against them. And that’s where we are.”

“That was one of the things that the judge ruled on,” he said. “This did not come as a surprise to the folks at Backstage.”

Reached by BusinessDen, Backstage co-owner Jan Mangels agreed that the business has been behind in rent since about July. She said the business was unable to pay the rent because the city removed the business’s HVAC system in April. When the summer months rolled around, the “stifling heat” inside the shop caused a drop in business.

“When they pulled it out, it’d get up to the 80s and 90s in here,” Mangels said. “We’d literally watch people walk in and then turn around and walk straight back out.”

As for the sales reports, Mangels said the city hadn’t asked for them since taking over leasing duties for the performing arts center’s retail space in early 2016.

The city sent Backstage a notice to quit in late June, and Mangels, along with her husband and co-owner Matt Mangels, countersued the landlord for removing the HVAC system, Mangels said.

But two days before the scheduled court date, a judge ruled in favor of the city.

“The bottom line is that we feel that the city didn’t want us here anymore,” Mangels said. “They found a way to get rid of us.”

“We wouldn’t be having this discussion if the rent had been paid in a timely manner — there was no ulterior motive,” he said. “Any landlord knows that it’s less trouble and less money to try and keep a tenant than to try and replace one. It’s speculation on their part, and it’s false.”

He said long-term plans for the space haven’t been decided. But in the short term, the caterer Centerplate will “try and set something up” that would keep the space occupied, Kitt said.

As for Backstage Coffee, Mangels said she’d like to reopen elsewhere, but wants to take some time before exploring that option.

The Mangels first started selling frozen fruit bars at Buell Theater 25 years ago, and opened Backstage Coffee at its current spot, located across from the Ellie Caulkins Opera House, in 2006. 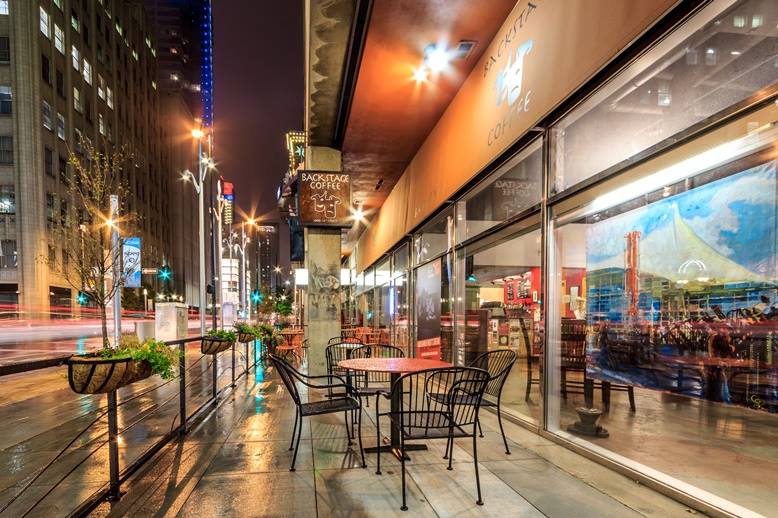 “They were served an eviction notice, they appealed it, and the judge ruled against them, and that’s where we are,” a city official said.

How easy it is to gloss over the problems that occurred here with the statements from the well oiled machine that is the City of Denver. Matt and Jan NEVER got their day in court should be the key takeaway from this. The judge ruled in the city’s favor two days prior to the court date and they found that their hearing had been cancelled when they arrived for it. THAT is not justice! For those who are not familiar with the Denver Performing Arts Complex, the season for the arts ramps up in September; builds to a peak in… Read more »