A Boulder construction company nailed down nearly $49 million in capital funding last month, leading the way in startup funding across the state.

Congruex, a telecom engineering and construction startup launched in 2017, is one of 32 Colorado startups that collectively raised more than $167 million in August, according to a tally of Form Ds filed with the SEC last month.

That figure is up from $90.2 million reported by Colorado startups in August 2018.

The Boulder-based telecom engineering and construction startup leads the way with a nearly $49 million funding round from six investors. The funds will be used to offer end-to-end services to broadband providers, according to BizWest.

The round, which closed Aug. 12, brings the company up to $126 million raised in four rounds, the publication reported. 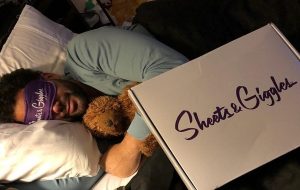 The Denver-based startup was founded in 2017 and makes bed sheets out of eucalyptus wood pulp rather than cotton. Fifteen investors participated in the round, which closed Aug. 12.

About $1 million of the funding will go towards marketing, according to CEO Colin McIntosh. About $250,000 is delegated to expanding the team; McIntosh said the company already has brought on two more employees and plans to hire two more. The remainder of the money will go towards developing additional product lines, including a throw blanket that will start accepting pre-orders later this month. 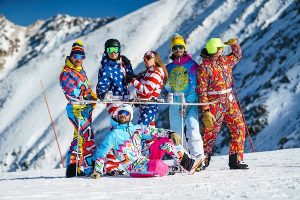 The Boulder clothing brand, whose products include Budweiser-branded “pajameralls” and swimsuits featuring Barack Obama’s face, is using the money for “pretty heavy expansion,” said CEO Chris White, including the launch of a sports-themed line called Tellum & Chop and bringing on new hires.

That funding round closed on Aug. 1, and 31 investors participated. 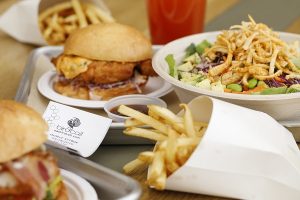 Birdcall features a variety of chicken sandwiches and salads. (Birdcall)

The Denver company acts as an umbrella over chicken sandwich restaurant Birdcall and its associated tech company Poncho. Birdcall CEO Peter Newlin said the round will fund the opening of about 10 new restaurants in the next two years, as well as further development of Poncho, a “highly customized technology for the Birdcall concept,” Newlin said. The funding round closed in late August.

The startup sells work apparel for blue-collar trades such as construction or mechanics. Founder Brian Ciciora did not respond to a request for comment, but a press release on the round states that the company will use the money to expand its team and its global supply chain. 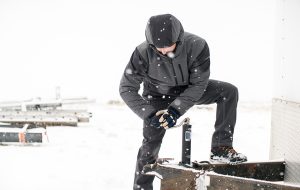 The Form D submitted by Truewerk indicates that the $2.64 million figure includes $1.02 million sold “through the issuance of stock upon the conversion of outstanding convertible securities.” Three investors contributed to the round, which closed Aug. 12.

The 2-year-old Boulder startup manufactures eco-friendly charcoal grills with a “Keurig-esque charcoal fuel cartridge,” according to CBInsights. The company did not return calls seeking comment. The funding round closed Aug. 22, and 39 investors participated.

A Boulder construction company led the way in startup funding across the state last month.