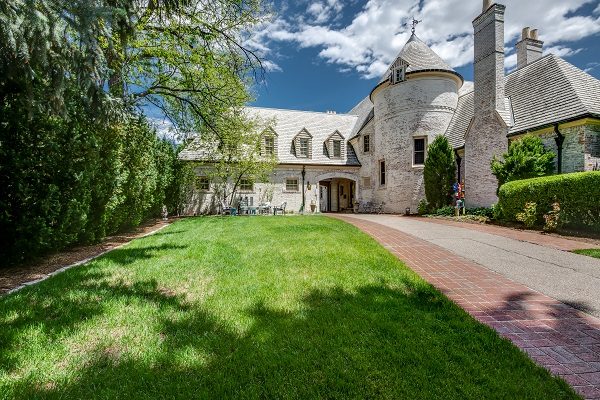 380 Gilpin St. is on the market for $6M. (Photos courtesy Coldwell Banker Devonshire)

This historic mansion may be only three stories, but its in-home library has room for many more.

A 1920s-era Country Club home that was designed for an avid book collector, dubbed the Corner Chateau, has hit the market with an asking price just under $6 million. 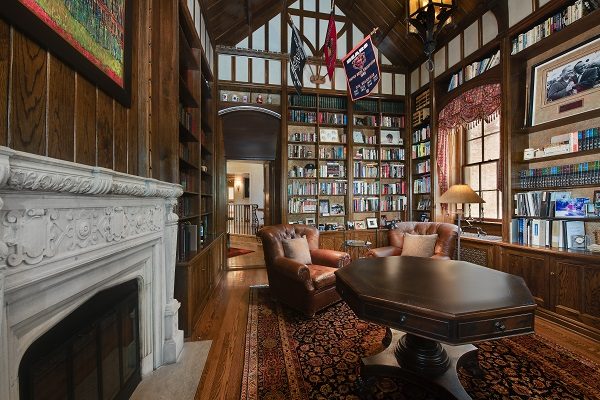 The Country Club home was originally designed for an avid book collector.

Stats: The six-bed, nine-bath home was built in 1926 upon a 0.4-acre corner lot in the Country Club Historic District. 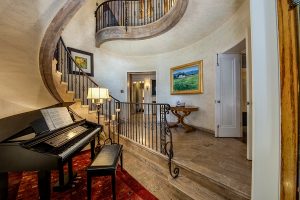 A weathervane still sits atop the home’s turret tower, and depicts Thomas reading a book by candlelight. The foyer features an iron-rail spiral staircase reaching the tower, and once housed a pipe organ. Over the years, new owners have renovated the house, adding an indoor swimming pool and remodeling the servants’ quarters into extra bedrooms.

Architect: Burnham Hoyt, who was an acclaimed midcentury architect most famous for his design of Red Rocks Amphitheater in the 1930s. The late Denver architect is also credited with the design of Denver Central Library, Lake Junior High School and Park Hill Branch Library.

Seller: John F. and Heather L. Klutznick, who purchased the home in 2002 for $1.94 million, according to public records. John Klutznick previously owned the skate shop BoardLife, which closed at 1775 S. Broadway this spring after eight years as the business was sold. His LinkedIn profile shows he worked for his family’s Chicago-based real estate company Klutznick Co. until March, and indicates he founded a company called JK Enterprises this year.

Correction: An earlier version of this story included misstated the name of brokerage Coldwell Banker Devonshire in two places. 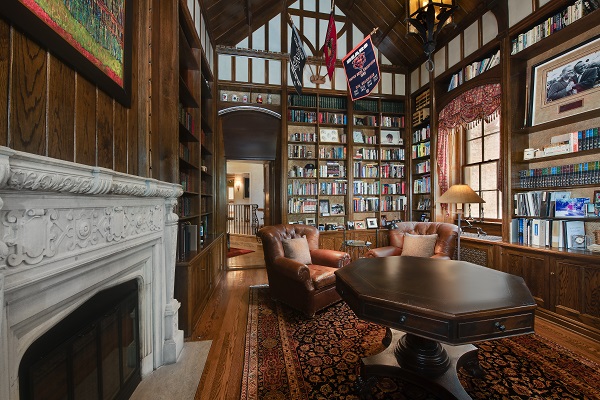 380 Gilpin St. is on the market for $6M. (Photos courtesy Coldwell Banker Devonshire)

The Corner Chateau has a library built for the original owner’s 4,000-book collection, and a weathervane that depicts the man reading by candlelight.