Two Country Club mansions built in the early 1900s have hit the market.

A five-bedroom, seven-bathroom home at 1625 E. 3rd Ave. built in 1909 offers 8,400 square feet of living space situated on a quarter-acre lot. The property is listed at $6.45 million, which is currently the priciest home listing in the neighborhood.

A mile northeast of the 3rd Avenue property is 530 Circle Drive, which hit the market this month. Built in 1929, the four-bedroom, six-bathroom home offers 6,500 square feet of living space atop 0.39 acres. Listing agent Carl Dawson said the home’s kitchen was remodeled by “someone who loves to cook,” adding modern features to the nearly century-old estate. Its asking price is $3.85 million. 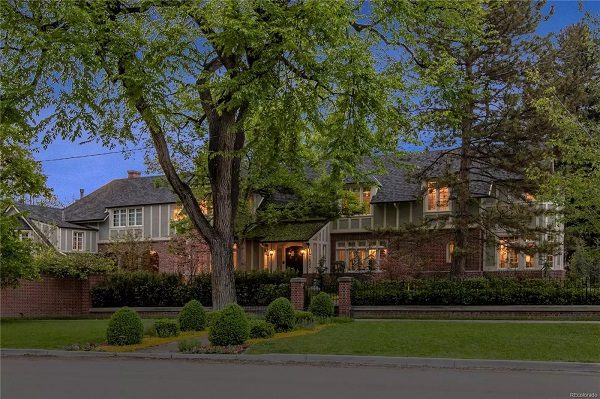 Stats: The 8,400-square-foot home was built in 1909 and occupies a quarter-acre lot. It has five bedrooms and seven bathrooms.

The finer things: The mansion is finished with heated hardwood floors, a poker room and a home theater with an indoor golf simulator. Doors leading outside from the master bedroom lead to a deck with a hot tub. 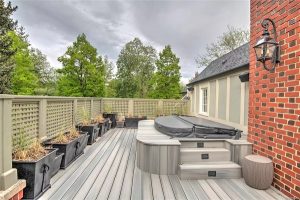 Doors leading outside from the master bedroom lead to a private deck with a hot tub.

The finished basement boasts 10-foot ceilings, and outdoors is a covered patio, a sunroom and a professionally landscaped yard.

The estate also features nanny’s quarters and a four-car garage.

Seller: Owl Nest LLC, registered by Ron D. Huston, who purchased the home in 2011 for $2.58 million, according to public records. Huston is the co-founder of Advanced Circuits, Inc. which is the third-largest printed circuit board manufacturer in the U.S., according to its website. 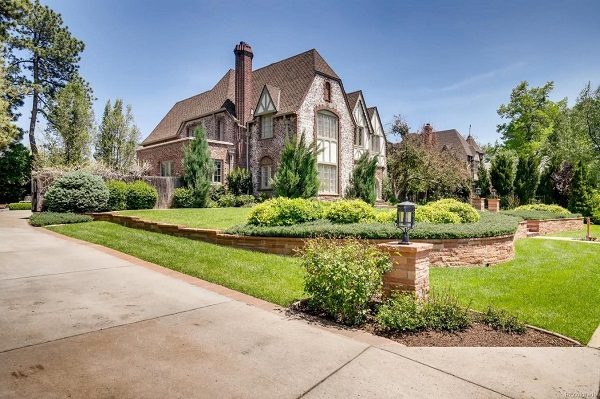 530 Circle Drive is on the market at $3.85M. (Photos courtesy RE/MAX Professionals)

Stats: The 6,500-square-foot home is situated on 0.39 acres. It holds four bedrooms and six bathrooms. A three-car garage also sits on the property. 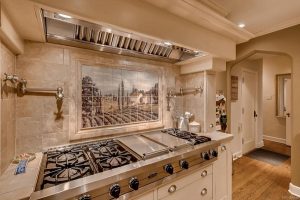 The kitchen was remodeled to add modern features to the nearly century-old estate.

The home’s kitchen is complete with two refrigerators, an induction cooktop, two ovens and a marble-topped island. The family room has a wet bar, and a large European-style fireplace can be found in its formal living room.

A private staircase leads to a large guest room with a bathroom ensuite. Two additional bedrooms are situated upstairs, and the master bedroom includes his-and-her bathrooms, a walk-in closet, a large shower and a separate whirlpool tub.

The basement of the dwelling also holds an exercise room and an 800-bottle wine cellar. A bocce ball court can be found out back.

Seller: The Mendicino Family Trust, according to records. The entity’s trustees are V. Frank Mendicino II and Barbara J. Mendicino, who purchased the home in 1999 for $1.25 million, per records. Frank Mendicino is a venture capitalist with Denver-based Access Venture Partners, as well as the Woodside Fund in Silicon Valley. 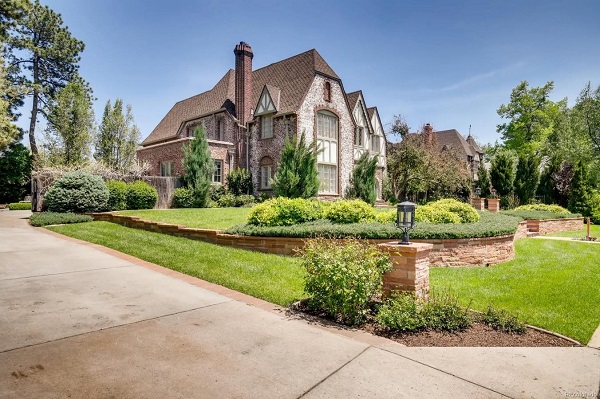 Two Country Club mansions built in the early 1900s have hit the market.