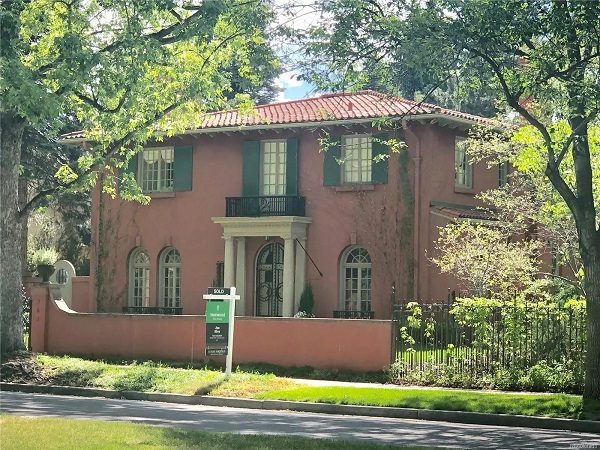 David Tryba’s newest project will be less conspicuous than some of his previous work, which includes such noteworthy projects as Union Station and the History Colorado Center.

The prominent local architect and his wife spent $3.05 million last month on the purchase of 363 N. High St. in Denver’s Country Club neighborhood, according to county records.

“They have plans to make the kitchen larger and expand the second floor as well,” he said. “The buyer is an architect, and I think he’s going to expand upon the approved plans and tweak it to his own style.”

Of course, the renovations will be designed by the architect himself. Rhye said the Trybas plan to rent out the house for a year while David works on the design.

“It’s a beautiful house, but the real thing about it is that it’s on the best block in the entire state of Colorado,” Rhye said. “It’s the smallest home on the block of some of the most expensive homes in Denver.”

The home was never actually on the market, Rhye said. Its previous owners, who just bought the place last fall, wanted to sell it quickly, so Rhye put the word out to local brokers before the home was officially listed. Within a week, the Trybas had made an offer.

“It’s a fantastic home, worth the high price per square foot,” Rhye said. “It just speaks to the location.”

And outside the bounds of the district but within Country Club neighborhood lines, two homes are listed at $3.7 million — a 7,000-square-foot Tudor home at 120 N. Humboldt St. and a 6,500-square-foot home at 530 Circle Drive.

The finer things: The 1920s-era home is full of “great architectural details,” Rhye said, including vaulted ceilings in the living room. There’s a sunroom just off the living room, as well as a terrace overlooking the backyard.

The home has three fireplaces, including one in the master bedroom. A three-car garage also sits on the lot.

Seller: Gary and Kara Owens, who purchased the property in October 2018 for $2.95 million, according to public records.

According to the listing broker, he’s drawing up plans for renovations that will take place before move-in.