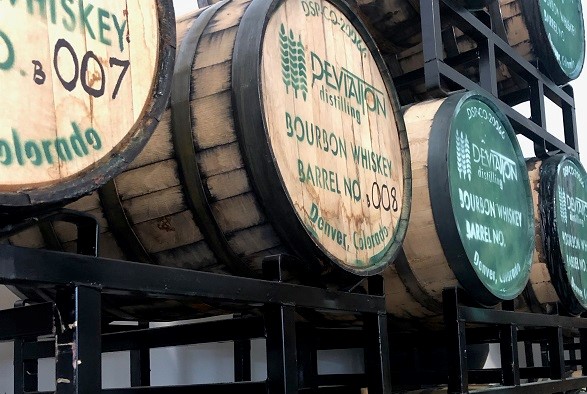 Deviation Distilling is gearing up to open its taproom at the Yard on Santa Fe.

The taproom will take up the front 900 square feet of Deviation’s facility at 900 W. 1st Ave. in the Baker neighborhood, where Deviation began production in late 2017, said co-owner Bob Wiley.

“It’s intimate, but we wanted to share the process with our customers,” Wiley said. “The look, the feel, the smell — we really wanted to capture that.”

The cocktail menu will be focused around the distillery’s three gins — Mountain Herb, Citrus Rosé and Spice Trade — which were launched in January and already are in more than 70 Colorado liquor stores, as well as some Denver restaurants and bars. 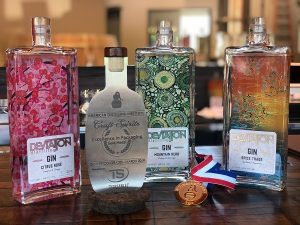 Wiley said there will be a list of seven signature cocktails, as well as a selection of gin and tonics. He’s hoping the distillery’s gin flights, though, will attract new fans.

“If you’re not a gin lover, the flight might be a good introduction,” he said. “It’ll be a flight of one-ounce pours paired with a nice fruit. We have three gins for a reason — there’s something for everybody.”

The taproom has been a long time coming. Wiley and co-owner Dave Gade signed a lease on the 4,400-square-foot facility in 2015, after the childhood friends switched from brewing to distilling.

“We felt like the brewing industry was pretty saturated, so we shifted to distilling,” Wiley said. “We thought the distilling industry would mirror the beer industry in the growth aspect, but probably five to seven years behind it. We knew we wanted to make our mark by doing something craft.” 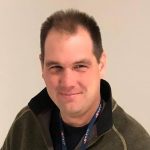 Gade, a former chef, developed all the distillery’s recipes, Wiley said. His wife Cindi Wiley designed the gin’s bottles, which earned awards from the American Distilling Institute for brand identity and packaging.

“I really pushed them to build a brand proposition that could break through that clutter and be competitive,” Fettig said. “With packaging, you can break through the clutter of the industry. I pushed Cindi to come up with a package design which includes the bottle, the label, the cap — to be truly different and stand up to competitors.”

Fettig added that she sourced the bottles from Italy and designed them to match each gin’s taste.

“I think we’ve developed a very strong brand composition that can compete in an incredibly competitive market,” Fettig said. He said each bottle of gin retails for $29.99.

The team plans to hire a bar manager for the taproom, which will open in early June.

Taproom hours will run from 4 p.m. to 9 p.m. Wednesdays and Thursdays, 4 p.m. to 10 p.m. Fridays and Saturdays, and 2 p.m. to 6 p.m. on Sundays. Mondays and Tuesdays will be dedicated to distillation, Wiley said.

The addition to Deviation Distilling’s space along Santa Fe Drive has been long planned.