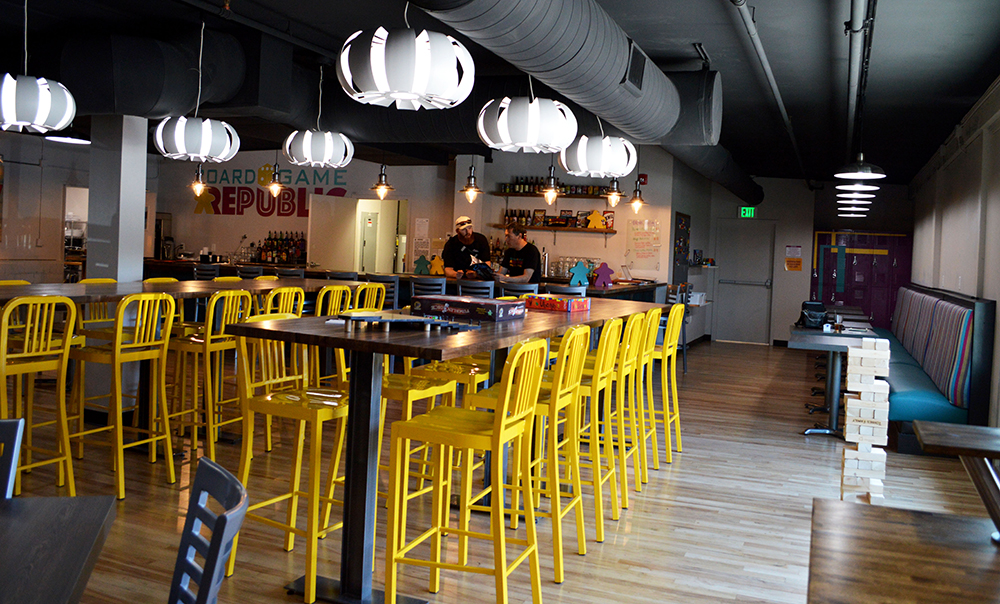 The renovated Board Game Republic stocks drinks and more than 600 board games. Photo by Stephanie Mason.

Board Game Republic, a bar for board game players owned by Keith Meyers, opened at the beginning of July near Santa Fe Drive and First Avenue. Meyers, a longtime game designer and enthusiast, said he’s seeing as many as 50 players on weekend days.

“We were fairly optimistic in our projections and now, happily, we are hitting those numbers,” Meyers said. “So I think we are on track to do something pretty major.” 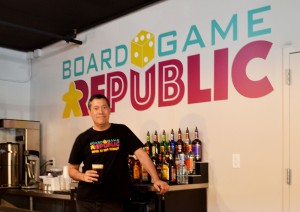 Owner Keith Meyers said the spot is hitting its target of about 50 weekend night patrons.

Meyers invested $100,000 into renovating the 2,400-square-foot space. His hundreds of board games are organized by genres such as epic games, children’s games and classic games.

“In my opinion, board games are a lubricant that makes community work,” Meyers said. “We can bring people together and have them talking at a table again. I don’t believe there is enough face time between people and I think that is needed in a society.”

Board Game Republic is part of the Yard on Santa Fe, a former lumber yard that’s been renovated into a small retail center. The Yard’s other tenants include Rocky Mountain Flex Fitness, Renegade Brewing Co., Deviation Distillery and Fin-Art.

The renovated Board Game Republic stocks drinks and more than 600 board games. Photo by Stephanie Mason.