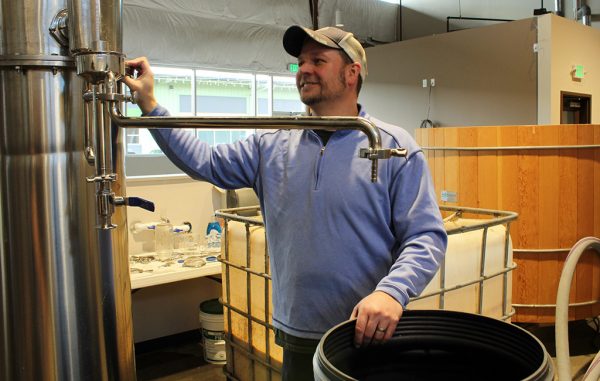 Bob Wiley and Dave Gade plan to open Deviation Distilling in 4,400 square feet at The Yard off Santa Fe Drive early next year.

A taproom will take up about 900 square feet. The remainder will be devoted to production, with a focus on whiskey and gin. The pair estimates they’ll be able to make 100 barrels per year.

Wiley and Gade signed a lease for the space in December 2015, which started in September 2016. Construction on Deviation began in March this year.

The pair said they’ll spend between $650,000 and $750,000 on construction and equipment. Wiley said they’re relying on both personal funds and loans.

Gade will work at Deviation full time, and Wiley hopes to follow his lead, but plans to continue working in IT operations for now.

While most of the whiskey will age for at least two years, Gade said he is experimenting with younger whiskeys, aged about six months, to have some on hand when the distillery opens.

Gade said Deviation likely will have a soft opening for tours and tastings in the first quarter of the year, before introducing a full bar later.

Originally from Ohio, Wiley and Gade met back up in Colorado. Gade learned how to home brew before moving on to distilling liquor. The pair decided on gin and whiskey because the two liquors lend themselves to more flavors.

The name Deviation refers to the pair’s desire to experiment. 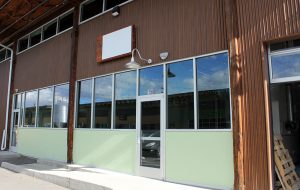 Deviation will move into The Yard at 900 W. First Ave. (Kailyn Lamb)

“The whole idea of doing this was to do things very well, but a little bit differently than what other people are doing,” Wiley said. “Whether that’s the ingredients that you use or aging techniques.”

Deviation will be the first tenant in its space in The Yard at 900 W. First Ave.

The development is also home to Renegade Brewing Co. and Board Game Republic. Smokin Yard’s BBQ is opening its first Denver restaurant there.

Wiley said he thinks the development and other new projects near the Santa Fe Arts District are boosting the neighborhood.

“I used to come to RiNo when I moved here nine years ago,” Gade said. “There was nothing. I just see a lot of that feel around this area. A lot of these old warehouses and things are starting to turn over into something cool, and I just want to hopefully be ahead of that.”