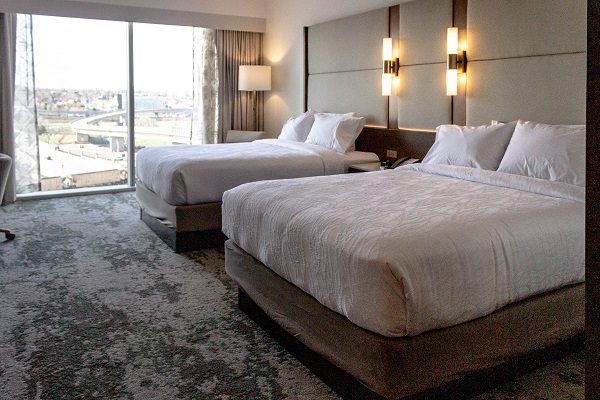 The 12-story Hilton Garden Inn at 1999 Chestnut Place started welcoming guests Tuesday. The hotel, developed and owned by Focus Property Group and operated by Davidson Hotels & Resorts, adds 233 rooms and 10,000 square feet of meeting and event space to the neighborhood. 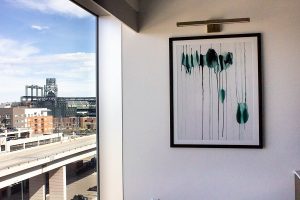 Each room boasts views of the city or the Rockies.

Focus paid $5.85 million for the property in two separate deals in 2005 and 2007. The firm demolished a former storage facility on the property in 2016, but kept the 130-year-old building that sits on the corner of 20th and Chestnut Streets.

The historic building — one of the city’s earliest firehouses — has been renovated into a restaurant called Woodie Fisher Kitchen & Bar, named after one of Denver’s earliest fire foreman. The hotel was built in an L shape around the structure to preserve the landmark, which is set to open to guests next month.

For its next hotel, Focus is scaling up: The company has proposed a 27-story Marriott hotel at the corner of 14th and Stout streets, across from the Colorado Convention Center.

It’s the first hotel by Denver-based developer Focus Property Group, which already is eyeing its second, a bigger project near the Colorado Convention Center.