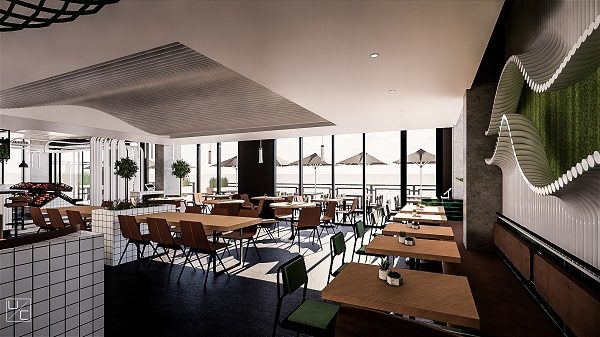 Kevin Gerdeman signed a lease in LoHi, intending to open a restaurant.

But soon after securing the space at 1691 Central St., he was sitting on the patio when a couple people carrying Whole Foods bags walked by.

“I stopped them and asked where they lived and what they bought,” said Gerdeman, 36. “They said they had to go to Whole Foods near Union Station to go to the grocery store, and that it was about a two-hour round trip walking. There’s no grocery element in the Highlands at all — the only option is to walk to a different neighborhood to get groceries.”

The conversation made Gerdeman change his plans. Later this year — ideally by early summer — he will open Northside Eatery + Market there on Central Street, offering a sit-down restaurant, a full bar and a line of grocery staples for sale. 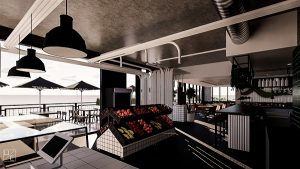 The market will have pantry staples like sugar, milk and eggs as well as fresh produce and seasonal items.

“Candela’s fit something like 150 people — that’s just too many seats for me to fill every night,” Gerdeman said. “This seemed like a good way to get rid of some seats, but still maintain a point of sale for people in the neighborhood.”

Gerdeman is calling the marketplace component a bodega, and said it will have pantry staples such as sugar, milk and eggs as well as fresh produce, meat and seasonal items.

“We’re not going to have everything they need, but if I can save them a long grocery run once or twice a week, it’s worth it,” Gerdeman said.

There isn’t a traditional grocery store in LoHi, although that will change later this year when the owner of the former Save-A-Lot at 2630 W. 38th Ave. reopens it as Leever’s Locavore. Right now, there’s the Whole Foods and King Soopers across I-25 in LoDo, and a Safeway near Federal Boulevard in Jefferson Park. 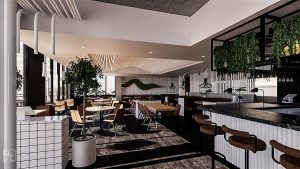 Together, the restaurant and bar will seat about 70 people.

“Technically, it’ll probably be defined as New American cuisine, but we’re trying to go for fresh and healthy, focusing on seasonality,” Gerdeman said. “Produce is a big part of that. I like to make sure that what I’m putting in people’s bodies, they can be happy about — that lends to the idea of California cuisine.”

He hasn’t determined the restaurant’s prices yet, but said he’s “not trying to make the neighborhood pay more just because it’s LoHi.”

“We want to become a spot in the neighborhood where people are comfortable coming every day of the week, whether for brunch, dinner or happy hour,” Gerdeman said.

Owner: “There’s no grocery element in the Highlands at all — the only option is to walk to a different neighborhood to get groceries.”

Leever’s Locavore is NOT in Lo-Hi. You cannot stretch Lo-Hi up to 38th Avenue unless you are a [lying] real estate agent.

There are at least two grocery stores in the Highlands: Sprouts and Natural Grocers.

Man, what’s been happening to Business Den lately? Reporting on all these wrong information. Dave Barnes is right, That is NOT LoHi.

Wait, there are multiple grocery stores in LoHi and 38th is not LoHi lol!

1. There is no such neighborhood as the “Highlands”. There are Highland and West Highland. Sprouts is in West Highland.
2. Natural Grocers is in Berkeley.
3. The DenverGov.org website has maps of neighborhoods that you can download.

Hi, all. BusinessDen reporter here. Appreciate the debate on the place names referenced in this story. It seems to come down to whether one uses official city-approved neighborhood names, or commonly-used unofficial names (or a mix of both). This map shows the official city names: https://www.denvergov.org/maps/map/property. There is no LoHi or The Highlands, only Highland and West Highland. The boundaries of Highland extend up to 38th Avenue where Leever’s Locavore will open.