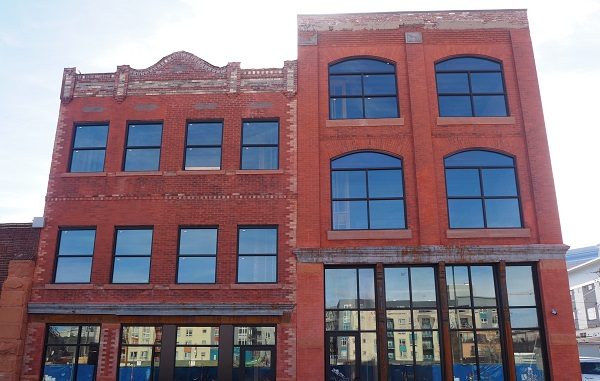 New York-based Property Markets Group has purchased the buildings at 2126 and 2130 Arapahoe St. in Denver. (Photos by Thomas Gounley)

The company paid $2 million last week for the two narrow buildings at 2126 and 2130 Arapahoe St., according to county records. The parcels add up to 0.14 acres, making the deal worth $319 a square foot for the land.

Property Markets purchased the adjacent 0.14-acre parking lot from the same seller last month for $3.1 million, or $495 a square foot.

Property Markets Group declined to comment on the acquisition.

In December, however, a staffer with architecture firm Studio PBA submitted a project concept to the city for the site, proposing a 22-story project described as “X Denver 3,” a name consistent with the branding of Property Market’s X Social Communities division. The first two X Denver complexes are slated for Union Station North.

The project concept — essentially an early-stage development proposal — for the Arapahoe Square site indicates the building would have retail space and a leasing lobby on the first floor, “workspace” on the second floor, and coworking space and other amenities on the third floor. The fourth through 22nd floors would have approximately 380 residential units.

The document shows the building extending all the way to 21st street. That would require Property Markets to secure one additional parcel: 1021-1031 21st St., which includes a small building used by Dead Drift Tattoo and convenience store JMart Groceries. The property has been owned by a Mary Martinez for decades, according to records.

All the existing structures on the lots would be demolished, per the project concept.

The three parcels Property Markets now owns all were sold by Arapahoe Square Holdings LLC, which is managed by Anthony Franco. Amy Garris with Jamis Cos. represented the seller.

Franco said last week that he originally purchased the buildings with the idea of renovating them for McSquares, a startup he founded that manufactures dry-erase whiteboards. He said he spent “a little more than half a million dollars” on reinventions, but that McSquares operated only briefly at the location before moving into space previously occupied by another company Franco founded, called EffectiveUI.

With his business moved out, Franco said Garris recommended that he market the buildings and the lot as available, without specifying if they were for lease or for sale.

Franco said he couldn’t comment on the specifics of Property Markets’ plans, but speaking generally, said he doesn’t have a problem seeing buildings he recently renovated come down.

“I’m very much into progress. Yeah, they were cool old buildings, but the opportunity for that corner … I’m also super excited about that,” he said.

Franco noted that Rocky Mountain Public Media, the parent company of Rocky Mountain PBS and jazz station KUVO, is building its new home at the corner of 21st and Arapahoe streets.

“The Ballpark district is a really cool mixture of old and new,” Franco said. 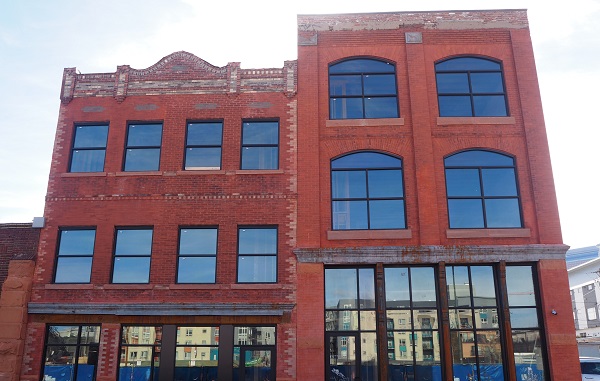 New York-based Property Markets Group has purchased the buildings at 2126 and 2130 Arapahoe St. in Denver. (Photos by Thomas Gounley)

This is just sad. Developers are greasing palms and ruining our city.

Yeah, they are cool old buildings, so use them as part of the development instead of tearing them down. Why so regularly does progress mean getting rid of cool buildings? 👎