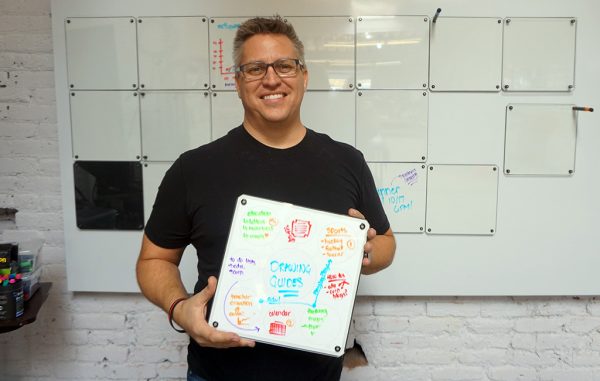 So long, whiteboards smeared with residue from meetings past.

Anthony Franco this month released the second version of McSquares: a stackable, 3-D handheld whiteboard that allows users to jot down design ideas before displaying them on a magnetic board.

He’s hoping to enter more boardrooms and classrooms with a sleeker design, which launched a Kickstarter crowdfunding campaign during Denver Startup Week.

Each tablet has a transparent tablet, liquid chalkboard and a dry-erase board that adheres to magnetic surfaces.

“We wanted to make the new product more contemporary so it fits better in an office environment,” Franco said. “It feels more like an iPad than a dry-erase board.”

The first version of McSquares (pronounced M-C-squares) launched 18 months ago. Its primary customers are schools.

Franco, 48, said the tiles are in 500 elementary schools and universities, including the Colorado School of Mines, University of Colorado and University of Denver.

“Teachers are replacing their high-tech stuff (like smart boards) with us,” Franco said. “They like McSquares better because they’re easier to learn.” 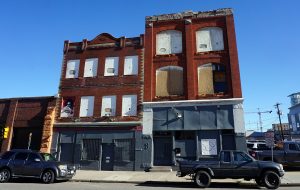 Franco was inspired to launch McSquares after observing a salesperson at EffectiveUI reluctant to speak up during meetings with executives.

“I called it the introvert problem,” he said. “As I was talking to her, she had all the answers. I wanted to figure out a way to give her a voice in a comfortable way.”

Franco originally converted an iPad for employees to sketch design ideas before sharing them with larger groups.

So Franco landed on whiteboards. He and a few partners purchased a 10,000-square-foot, unoccupied building at 2126 Arapahoe St. last August. McSquares operates in 2,000 square feet of that space, and employs eight staff.

The newest version is manufactured in Colorado and China, Franco said, and the newest whiteboard tiles cost between $30 and $40 to make.

McSquares products range from $85 to $2,680 on its website, and Franco said the business is not profitable.

Franco moved to Colorado in 1999 from California. The software developer has since started internet service provider Skybeam, Piper Software and EffectiveUI, which he sold in 2004, 2005 and 2012 respectively. He also started Pourhouse Bar and Grill in Loveland. 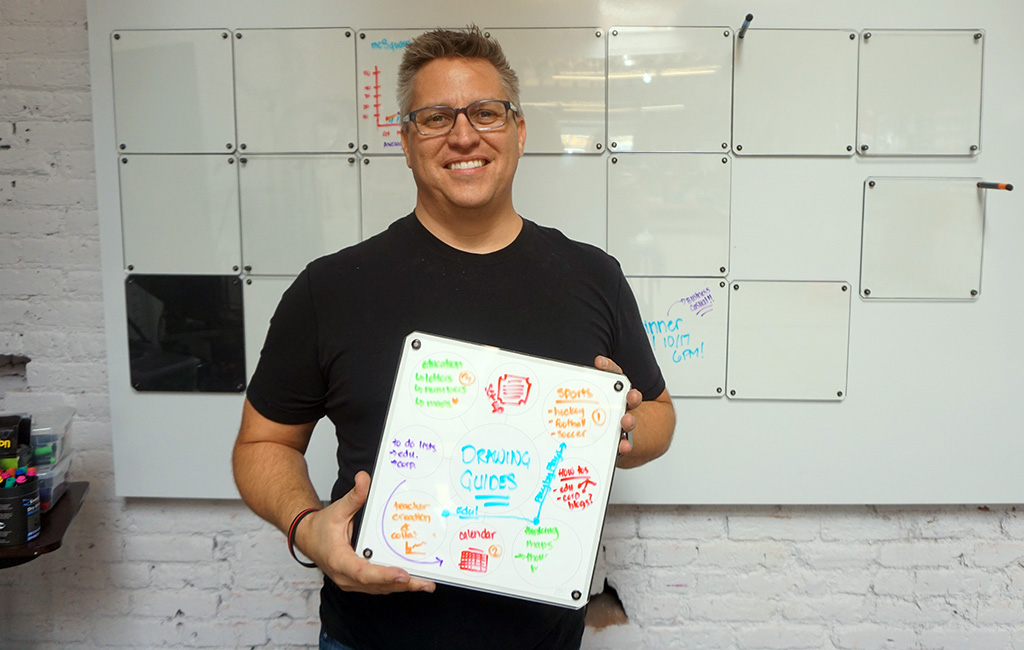 Eighteen months after launching, a Denver entrepreneur has released the second version of a stackable, 3-D handheld whiteboard for classrooms and boardrooms.

thanks so much for the great write-up ….

our kickstarter campaign can be found at mcsquares.com/kickstarter

Also – I’d love to clarify one small item – we have been purposefully operating the business at break-even. We aren’t profitable, but we’re not losing money either – just pouring every dollar back into growth