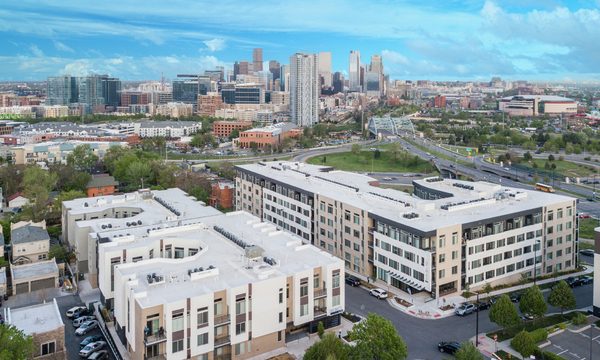 A massive apartment complex that recently opened in LoHi has sold for nine figures, setting a high point for 2018 per-unit pricing in the process.

The sale price works out to $409,340 per unit, higher than any other multifamily sale in metro Denver this year. It pushes to No. 2 the September sale of the 25-story SkyHouse Denver.

The 2017 sale of Steele Creek in Cherry Creek to UDR still holds the per-unit record locally. That property sold for about $570,000 per unit when factoring in the value of the project’s retail space.

Infinity LoHi does not have a retail component. The complex was developed and sold by Connecticut-based The Richman Group, which purchased the site from Denver Public Schools in January 2014 for $11.83 million, according to records. 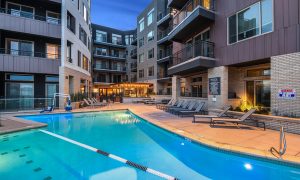 Hunt said the buyer was attracted by the project’s location in LoHi, particularly its proximity to Speer Boulevard, which is poised to become an even more important transportation corridor as projects such as the River Mile get underway. He said the buyer approached things with a long-term perspective.

On the amenity side, Hunt said while a number of LoHi complexes have pools, only Infinity’s is situated in such a way that you look out at skyscrapers as you sink into the water.

“It’s the only amenity deck anchored by a pool that has a view of the city,” Hunt said.

In late October, BlackRock purchased the WeWork-anchored office building at 2420 17th St., dubbed The Lab on Platte, for $45.5 million.

Infinity LoHi’s sale price works out to $409,340 per unit. That’s tops locally for the year, although still well short of the record.