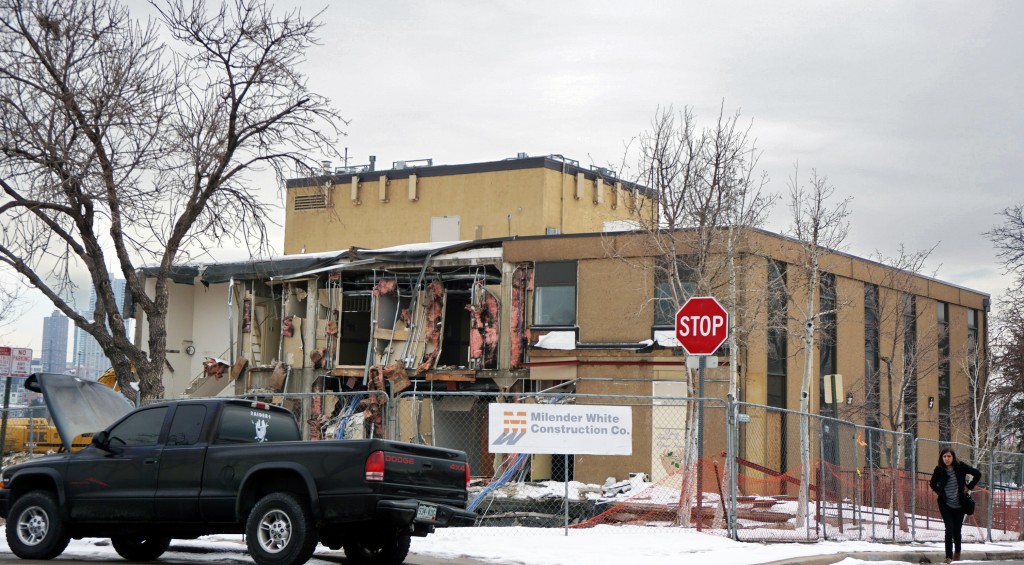 The building at 28th Avenue and Wyandot Street is coming down. Photo by Burl Rolett.

A former Denver Public Schools building is making way for another major apartment project in LoHi.

Demolition is well underway at 2222 W. 28th Ave., where Richman Ascension Development has said it is planning to build 270 new apartments. The company bought the land, which previously housed the school system’s Contemporary Learning Academy, for more than $11.8 million in January 2014.

According to the Richman Ascension Development website, the LoHi project will be between three and five stories tall. It will be the company’s first project in the Denver area.

Richman Ascension is a joint venture between The Richman Group, based in Connecticut, and Dallas-based Ascension Development. Company partners Will Cureton and J. Scott Rodgers could not be reached for further information on the planned apartment building.

Richman Group representative Robin Druckman declined to comment in a Monday email on the company’s plans.

By the time construction begins at the former school site, the 28th Avenue project will be at least the second major new apartment building overlooking downtown in LoHi. The first tenants are moving into than 300 new apartments across the street at 2785 Speer Blvd.

Construction is also underway at an upcoming 87-room Fairfield Inn and Suites just across Wyandot Street from Richman Ascension’s property.

The building at 28th Avenue and Wyandot Street is coming down. Photo by Burl Rolett.

A 270-unit apartment building is taking the place of a former Denver Public Schools building as other residential and hotel developments go up around it in the neighborhood.