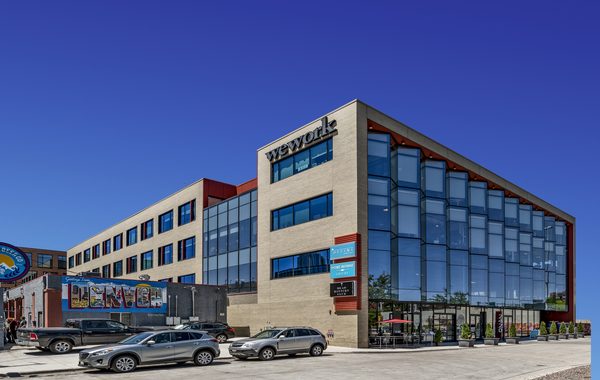 The four-story office building The Lab on Platte sold for $45.5 million. (Courtesy of Newmark Knight Frank)

A four-story office building along Platte Street anchored by WeWork has changed hands.

In a news release, Newmark Knight Frank described the buyer as an institutional investor. The purchasing LLC’s address matches that of BlackRock, a New York City-based asset manager.

Jugl Jr. said in a statement it’s the first predominantly WeWork-anchored building to sell in Denver.

“The ownership … did a great job of securing a strong anchor tenant with a long-term commitment, while also executing a strategic program on the remaining space to cater to smaller tenants in the neighborhood,” he said. “That is a rare focus among Platte Street’s larger, new construction projects.” 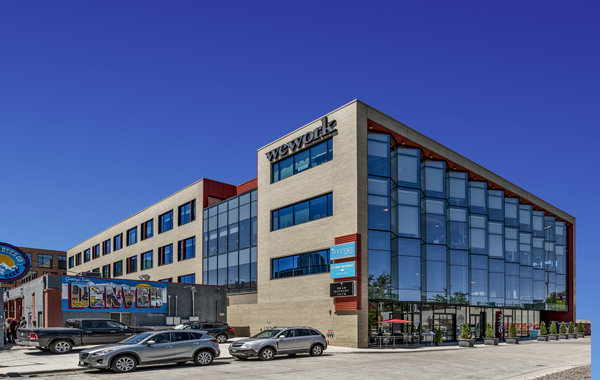 The four-story office building The Lab on Platte sold for $45.5 million. (Courtesy of Newmark Knight Frank)

The Lab on Platte was constructed in 2015, and the sale price works out to $579 a square foot.