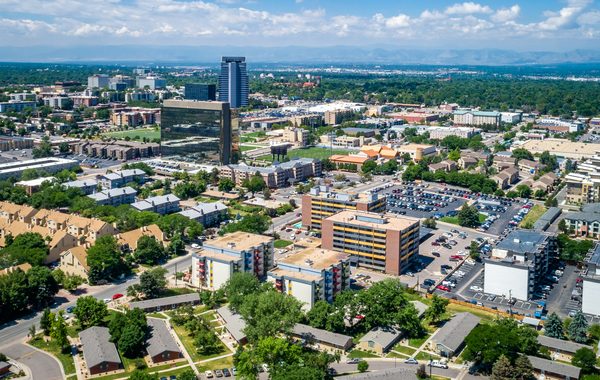 Three apartment complexes in Glendale have sold for a combined $56.35 million. (Courtesy of CBRE)

Three apartment complexes within a block of each other on the Denver-Glendale border have sold for a combined $56.35 million.

All the complexes are within Denver.

CBRE brokers David Potarf, Dan Woodward and Matthew Barnett represented the seller. In a news release, the firm described the portfolio as “one of the immediate area’s last remaining large-scale value add offerings,” with just 2 percent of the units having been recently renovated.

The complexes were built between 1965 and 1973, according to CBRE. Combined, they have 302 units, making the deal worth about $186,589 a unit. Residents have access to the amenities at all three complexes.

Laramar Group owns 15 other apartment complexes in the Denver area, according to its website. The firm is familiar with the Glendale area, as it owns Bellaire Apartment Homes at 1140 S. Bellaire St. and purchased the 132-unit Helix at 1017 Birch St. in April for $23.9 million.

CBRE also recently brokered the sale of the 561-unit Esprit Cherry Creek in Glendale for $93 million.

Three apartment complexes in Glendale have sold for a combined $56.35 million. (Courtesy of CBRE)

What is the full name of the Granite (the owner) that sold these apartment buildings in Glendale?
Do you know?