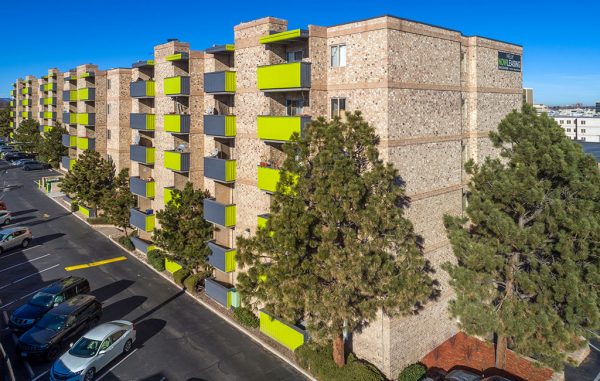 The Helix apartment complex in Glendale sold for $23 million. (CBRE)

A 132-unit apartment complex in Glendale is under new ownership.

Chicago-based Laramar Group purchased The Helix, at 1017 S. Birch St., in late April for $22.9 million, according to county records.

The seller was San Francisco-based FPA Multifamily, which purchased the property in January 2016 for $15.5 million, records show.

The Helix, built in 1974, consists of two six-story buildings, with a mix of studio, one-bedroom and two-bedroom units. The complex’s website lists the cheapest available unit as a studio priced at $1,142 per month.

The Helix was 96 percent occupied at the time of the sale, according to CBRE.

After purchasing the property in 2016, FPA Multifamily invested in improvements that included new exterior paint, common-area upgrades and renovations on about 60 percent of the units, according to CBRE.

Buyer Laramar Group, which has an office in Denver, purchased The Overlook at Mile High Apartments at 3190 W. 14th Ave. last October. The company’s website lists 12 other Denver properties.

The Helix apartment complex in Glendale sold for $23 million. (CBRE)

A Chicago company swooped in to buy the two buildings, with plans to continue improvements.