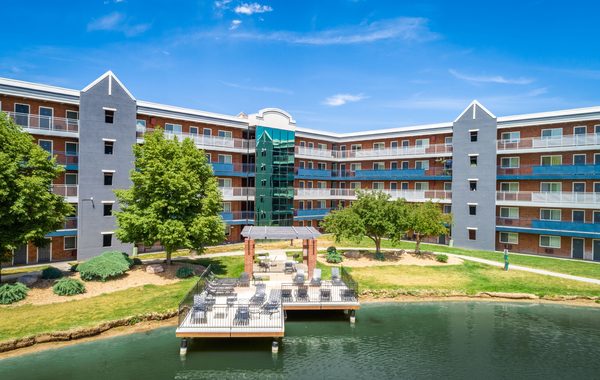 An apartment complex in Glendale has sold for $93 million, up 31 percent from three years ago.

The seller, Los Angeles-based TruAmerica, purchased the property in September 2015 for $71 million.

Esprit has 561 units, with an average size of 583 square feet. The complex consists of multiple four-and-five-story buildings, some of which are situated around a small lake.

Potarf estimated that TruAmerica spent about $5 million on improvements to the complex, including roof and window replacements, redoing elevators and stairs, and replacing the boilers. He said the firm renovated many, but not all, of the units.

“They did all the capital stuff that needed to be done for the whole complex, and then they did half the units too,” he said. “The plan there was obviously to leave some meat on the bone for the next guy.”

Potarf said one-bedroom units at the complex start around $900, with two-bedrooms starting around $1,100. The complex is 97 percent leased.

TruAmerica still owns four other complexes in the Denver area, with about 1,600 units.

The Esprit acquisition gives Bridge two holdings in the Denver area, the other being The Lodge on 84th Apartments, a complex at 1327 E. 84th Ave. in Federal Heights. Bridge also has owned other Denver-area properties in the past.

Bridge said on its website that as of late March, it owned 53 multifamily properties with 22,000 units in 16 states.