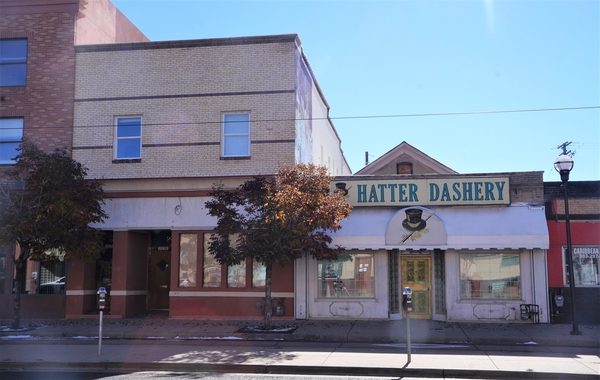 Two buildings next to the Rossonian Hotel building, a landmark in Five Points, have changed hands.

2624-2630 Welton Street LLC purchased the properties at those addresses for $1.9 million last week, according to county records.

The purchasing entity is affiliated with Denver-based The FlyFisher Group, according to state records. The company, which paid $6 million in August for a retail site a block away, did not respond to a request for comment. 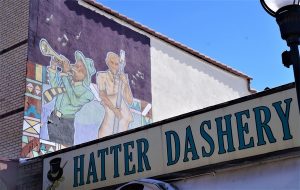 A mural on the side of 2630 Welton St. references Five Point’s history with jazz, which revolves around the nearby Rossonian Hotel. (Thomas Gounley)

The remainder of the block, including the Rossonian Hotel, which was once a stopping point for well-known jazz musicians, is owned by Denver-based Palisade Partners.

Paul Books, Palisade founder and president, told BusinessDen earlier this year that he wants to add a fourth story to the Rossonian, which has been largely vacant for years, and turn it into a hotel with a restaurant and music venue.

Elsewhere on the block — on the other side of the two buildings that just sold — Books has proposed a nine-story mixed-use building, with a mix of retail, office and residential space.

Books said in the spring that he had hoped to control the whole block, but was unable to reach a deal with King to purchase his buildings.

Mr. Gounley , Some business partners and I are very interested in renting the Hatter Dashery building that you speak of in your article. How do we get in contact with 2624-2630 Welton Street LLC ? Any information that you can offer is greatly appreciated, Thank you for your time and concern with my issue. Mr. Burton

J, I sent an email to the address associated with your username on this site. If you didn’t get it for some reason, feel free to email me at thomas@businessden.com