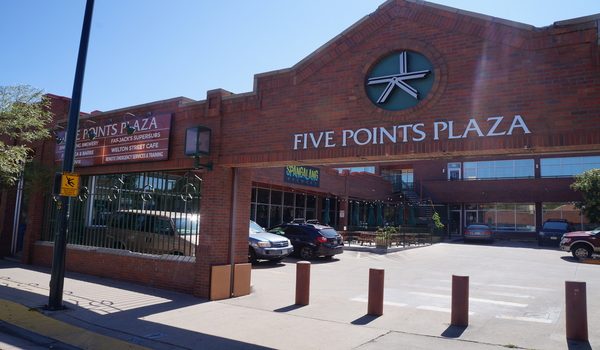 A retail site in Five Points that houses a brewery and soul food cafe, among other tenants, is under new ownership.

Denver-based The Flyfisher Group formed the purchasing LLC, according to state records.

The properties were sold by Denver-based real estate firm VanWest Partners, which paid $1.95 million in June 2014 for Five Points Plaza and the parking lot. The firm purchased 2748 Welton St. in October 2017 for $1.34 million.

VanWest’s Forrest Bassett and Jay Johnson represented the firm in the transaction. 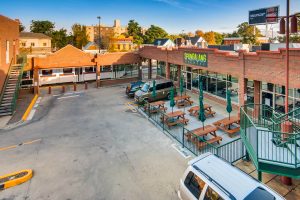 Five Points Plaza after renovations, which included removing some parking spaces to create a patio for Spangalang Brewery. (Courtesy of VanWest)

Johnson said when VanWest purchased it, Five Points Plaza was only 10 percent leased, with the Welton Street Cafe its sole tenant. The DMV had recently closed an office at the site.

Four years later, the Welton Street Cafe is still serving soul food and has been joined by other tenants, including Spangalang Brewery, restaurant Zivix and fitness studio Flex Yoga + Barre.

The 2748 Welton building, meanwhile, was vacant when VanWest purchased the site, with a dry cleaner the most recent occupant. Johnson said the firm gutted the building during renovations. Kuni Sushi plans to open in the space.

“With the increase in both real estate values and overall density in Five Points and the surrounding submarket, we believed the timing was appropriate to sell the project,” Johnson said.

I hope the new owner does whatever it can to keep Welton Street Cafe as a tenant! Best friend chicken (and friendly service) in Denver!