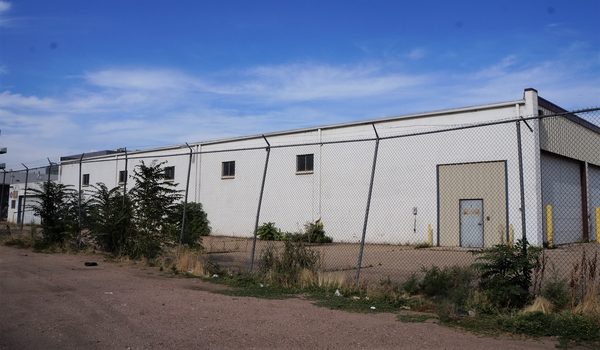 An industrial property in RiNo that was slated to be part of a mixed-use development called Giambrocco is now being incorporated into another project called Revolution 360.

The property consists of 15,177 square feet on a 1.01-acre lot, according to records. It is a block off Brighton Boulevard, and near the 38th and Blake light-rail station.

The seller, 3695 Wynkoop Investors LLC, is affiliated with Tributary Real Estate and Charles Street Partners. The LLC purchased the property for $4 million in June 2017, at the same time the partnership paid an additional $4 million for 3600 Wynkoop St.

Tributary said at the time that it planned to redevelop the parcels and others it owned nearby into a development called Giambrocco, with office, retail, residential and hotel space.

In April, however, the partnership unloaded the 3600 Wynkoop St. property to a buyer who said he had no immediate plans to redevelop the site. 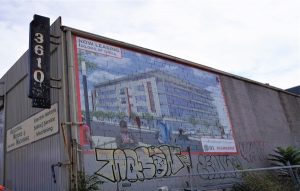 A rendering of Revolution 360, which is slated to be built at the corner of Brighton Boulevard and 36th Street, can be seen on a building currently at the site. (Thomas Gounley)

Revolution 360 is a five-story office building that has been proposed for 3600 Brighton St., across an alleyway for the 3695 Wynkoop parcel. The site-development plan for Revolution 360 at 3600 Brighton has been approved by the city, according to records, but work has not begun at the site.

On Wednesday, a spokeswoman for Tributary Real Estate said in an email that, “The site at 3695 Wynkoop will be incorporated into Revolution 360, but those plans are still being worked out.”

“We’ll have a lot more to share once they are finalized at the end of this year/beginning of next,” spokeswoman Sarah Cullen said.

Cullen did not respond to a request for comment on the status of the Giambrocco development. 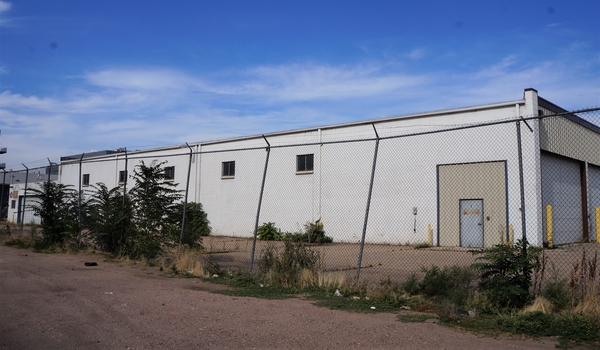 An industrial property in RiNo that was slated to be part of a mixed-use development called Giambrocco is now being incorporated into another project called Revolution 360.