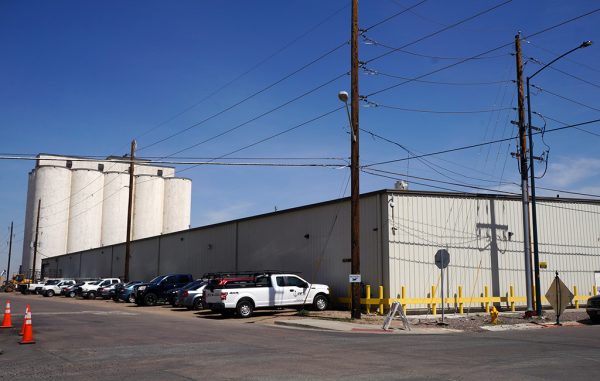 A Denver firm that announced plans to redevelop more than 8 industrial acres in RiNo has sold one of the parcels involved.

3600 Wynkoop LLC, an entity affiliated with Tributary Real Estate, sold the 38,000-square-foot warehouse at 3600 Wynkoop St. for $6.8 million earlier this month, less than a year after buying it for $4 million.

The warehouse has been used as a training rink for Denver Roller Derby and an event space called Glitter Dome Event Center.

Last June, Tributary and Charles Street Investment Partners said they had acquired the warehouse and nearby parcels for a “master plan that will create a vibrant and walkable neighborhood on the west side of the 38th and Blake transit stop.”

Tributary’s website refers to the proposed development as Giambrocco, after the food service company that previously owned the warehouse. A rendering shows new, glass-enclosed buildings wrapping around existing grain elevators and industrial space.

The city has not received a formal site development plan for the project, according to online records. Tributary continues to own other parcels near the 3600 Wynkoop warehouse.

Cardinal Group co-founder Eric Frank said in a statement that “there are no active plans to redevelop the property today or change its current use in the near-term.

“But we’re hopeful a higher and better use for the site will present itself in the future,” he said. “We collectively believe in the long-term viability of RiNo.”

The purchase was financed with a $5.5 million loan from California-based Latitude Management Real Estate Trust, according to county records.

A Denver firm that announced plans to redevelop more than 8 industrial acres in the neighborhood has sold one of the parcels involved.