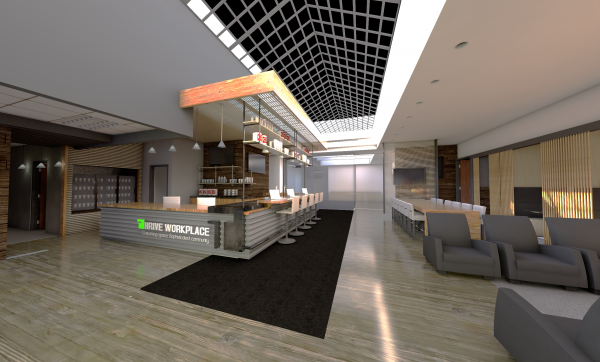 Another coworking brand has been drawn to the metro Denver area.

Denver-based Thrive Workplace, which has locations in Cherry Creek and the Ballpark neighborhood, has chosen Arvada for its third location.

The company has signed a lease for 20,800 square feet on the second floor of 5610 Ward Road, and expects to open there in November.

“We get a lot of requests for people to be close to where they live,” Thrive co-founder Charlie Johnson said. “As people were starting to request it more and more, we started doing a little more research.”

“It was something we could go into and retrofit very quickly,” Johnson said.

Johnson, who has a background in construction development, started Thrive in 2010 with his brother Chad, an architect.

Thrive’s Arvada outpost will include 57 offices, dedicated desks, three conference rooms, and a 1,400-square-foot training room. Private offices will range from $600 to $3,600 per month.

“There is a huge need down there, and I do see that as something we’re going to be targeting more and more,” Johnson said of Denver’s western metro area.

Thrive is not the only coworking company looking outside of Denver proper. Serendipity Labs, based in New York, announced it was opening a 15,000-square-foot coworking facility in the Denver Tech Center and family-owned The Alamo House opened in Littleton this summer.

The company, which has locations in Cherry Creek and the Ballpark neighborhood, has leased 20,800 square feet in Arvada.