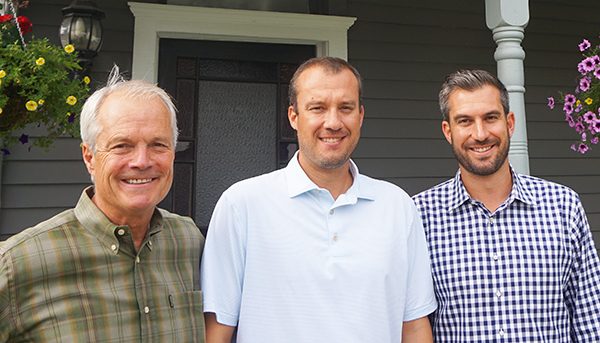 Bob, Dan and Mike Ogdon are opening a coworking space in Littleton at 2506 W. Alamo Ave.
Photos by Kate Tracy

The coworking invasion is moving into the southern suburbs.

“There is just not a lot of product in Littleton,” said Mike Ogdon, who has also helped start a private equity fund called Ogdon Ventures. “We felt like it fit a void and need in Old Town.”

The coworking space will occupy the first floor and part of the second of a 100-year-old Victorian home off Alamo Avenue. The spot is walking distance to downtown Littleton’s shops and restaurants. Ogden Ventures currently occupies a room on the second floor.

“We’re a small team of three with an intern, and we don’t ever expect Ogdon Ventures to be 20 to 30 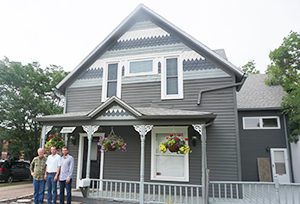 Family members at the Ogden Alamo House, a new coworking space in Littleton.

people,” Ogdon said. “We felt like it fit a void and need in Old Town.”

The Ogdons own the building.

The space offers 10 desks, each for $500 per month, a phone booth, kitchen and a front patio.

“If you look at some of the competitors, you’re going to find that for a true dedicated desk like this, you’re going to be somewhere between $350 and $600,” Ogdon said. “We want to keep it intimate and not too crowded for people.”

The house used to be home to a coffee shop that closed five years ago. Ogdon envisions the space for freelancers and remote workers.

“The setup is not your typical WeWork,” he said. “It’s more intimate but still quite private.”

Last year, Bob Ogdon and his two sons formed Ogdon Ventures, a private-equity firm that focuses on buying profitable small businesses that could use a technology boost.

Bob Ogdon was formerly the founder and CEO of the Denver-based tech company Swiftpage. He and his sons have purchased home manufacturer Westland Distributing and have other deals in the works. 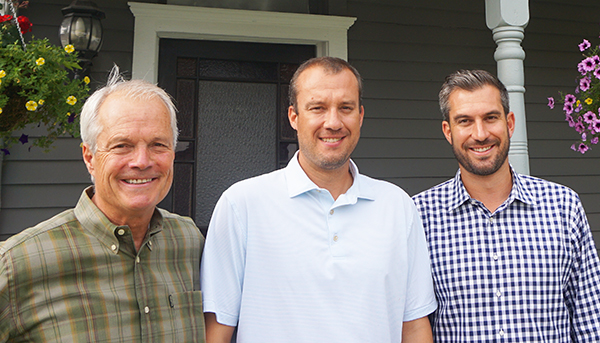 Bob, Dan and Mike Ogdon are opening a coworking space in Littleton at 2506 W. Alamo Ave.
Photos by Kate Tracy