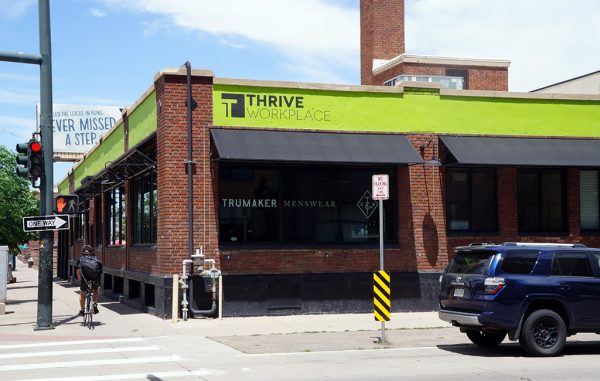 The building is 24,064 square feet, according to city records, giving the deal a price of $357 per square foot. The structure dates to 1984.

The office address listed for the buyer is a Chevrolet dealership in Monroeville, Pennsylvania. A request for comment was not returned.

The seller was MBM Two LLC, which purchased the building for $3.2 million in October 2014, according to records.

Jamie Roupp, broker with JLL in Denver, signed the paperwork authorizing the sale. He did not respond to a request for comment. Denver-based Tributary Real Estate’s Ryan Arnold, who according to state records also is affiliated with MBM Two LLC, also did not return a voicemail.

Thrive Workplace, a Denver-based coworking operation that also has a location in Cherry Creek, has operated in the building since 2015. A Thrive representative said the company leases the entire building.

A 24,000-square-foot structure that's been fully leased to Thrive Workplace since 2015 has changed hands.